After a terrible start to our travels, (flight cancelled, arrival a day late with no luggage) we were happy to be back in Portugal and driving through the countryside from Lisbon to Tomar. We had been to Portugal 10 years prior and it had been on our list to return to for several years.
We picked Tomar as a home base to explore central Portugal and it turned out to be perfect. Tomar is a small town, very walkable, with a beautiful riverfront area, but big enough to have several restaurants to choose from. We rented an apartment from “Flattered to be in Tomar”, which though small, had everything we needed and was perfectly located. 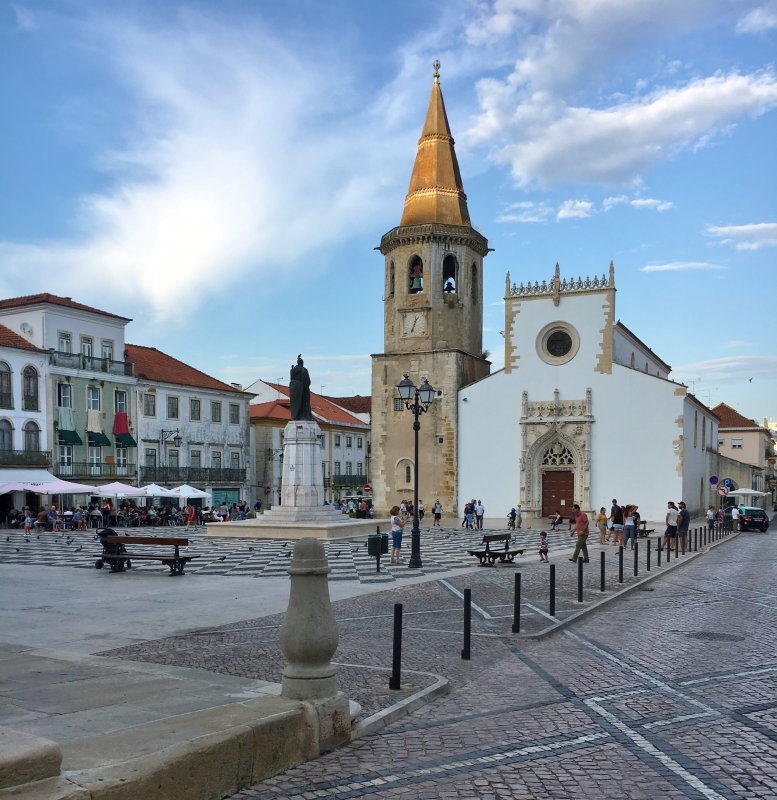 On the hilltop above Tomar is the magnificent Convent of Christ, a 12th century Knights Templar castle and medieval convent. We spent one morning exploring this prime example of Manueline architecture. 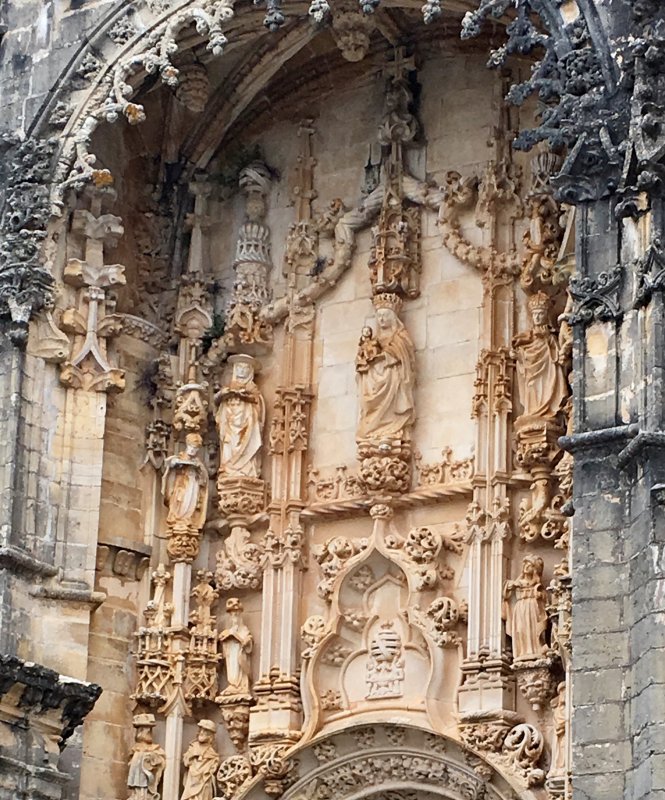 We decided on lunch by the river at Nabao restaurant had wonderful bread with a soft cheese spread, the ever-present olives, then grilled salmon with potatoes and a salad. After lunch, we walked to the church of Santa Maria Olival where many of the Templar masters are buried, and did some souvenir shopping.

On the next day we drove a short distance to Batalha –( free car parking beside the church) a monastery built in the 1300’s to fulfill a vow by King John I for winning the battle of Aljubarrota against Castile. It’s architecture shows the end of Gothic and the start of Manueline art. King John & his English wife are buried in the beautiful completed chapel. Several of their children are also in the chapel, including Henry the Navigator. There is also an unfinished chapel with elaborate stone carvings, and peaceful cloisters to wander through. 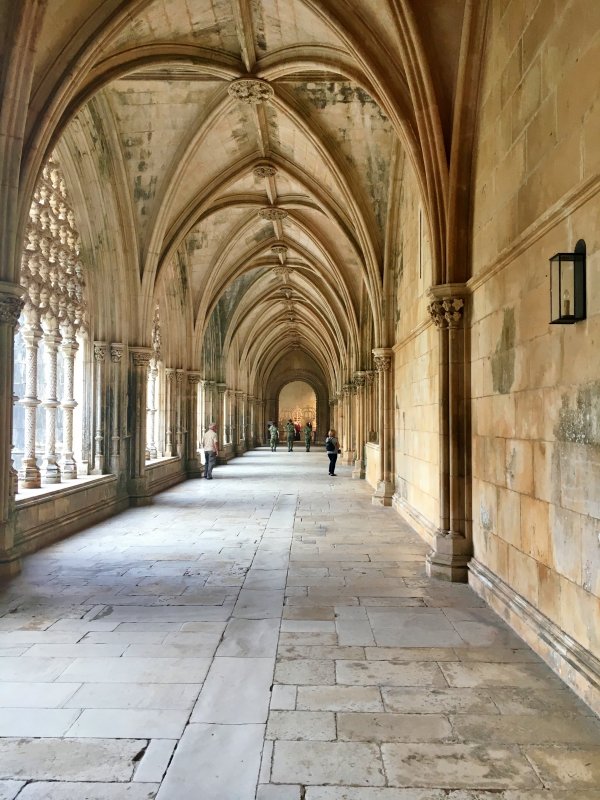 Next we drove on to Alcobaca to see the 1178 Cistercian Monastery. But after finding street parking near the monastery, our first stop was for lunch. Down a narrow side street we found Restaurante Antonio Padeiro. We had a wonderful lunch of grilled sea bass and roast pork loin wrapped in bacon with apples. We also enjoyed some wine-Po de Poeira. Sufficiently recharged, we toured the monastery, with the grave of Queen Ines de Castro (killed by her father-in-law), cloister, dormitory and kitchen with a giant oven. Our last morning in Tomar we drove to the castle of Almourol , a medieval castle on a little island in the middle of the Tagus river. There is a little boat that ferries visitors out, or you can rent a canoe and paddle out. The setting is gorgeous but there is not much to the inside of the castle. Upon returning to Tomar we heard music, so we followed the sound to the town plaza where everyone was gathered. It was some kind of celebration with a parade including a band, horses and towns people in traditional dress. We enjoyed being part of the cheering and waving local crowd.