The family were heading to the Lake District for October Half term 2021 and I wouldn’t be needed for Grandparenting duties... Looking at the Alfa Travel website, there wasn’t a lot of choice for that week - Isle of Wight, Fort William or Eastbourne. The itinerary for Eastbourne looked the most interesting, so that won. 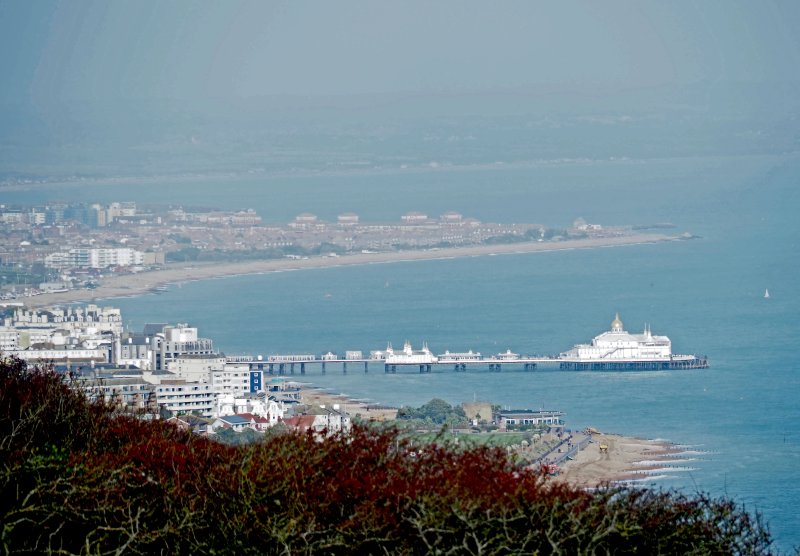 It turned out to be a very good choice and I enjoyed the week a lot more than expected. The Queen’s Hotel was on the sea front near the pier and is probably one of the better Leisureplex Hotels. I had a room at the front of the hotel so was lulled to sleep by the sound of the sea and woke to sunrise over the pier. 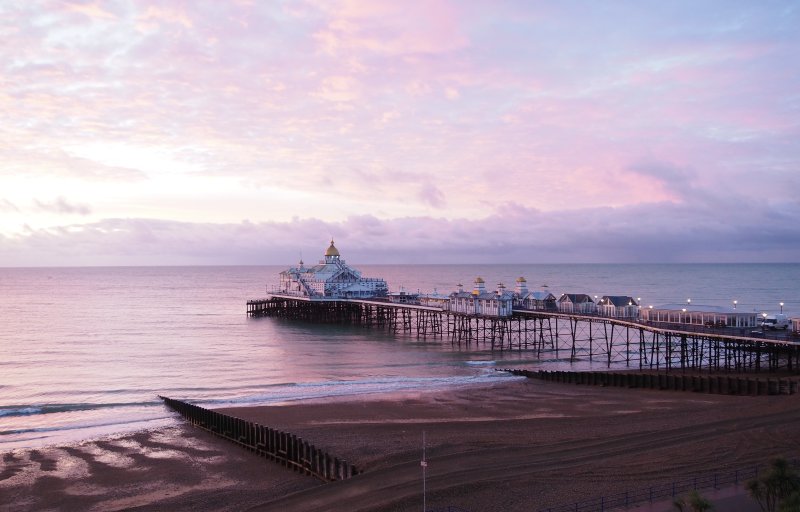 The hotel is very much geared up to coaches and there were five others in that week - you had to make sure you got on the right coach each day!

I liked Eastbourne. The beach is shingle, so isn’t the sort to sunbath on or build sandcastles.

The prom is lined with attractive gardens and has managed to avoid the kiss me quick type of holidays. It is probably more popular with the ‘more mature’ holiday makers rather than families - but there’s nothing wrong with that! I was able to go for a walk every morning and enjoyed finding the Wish Tower, one of the few surviving examples of a Martello Tower built built along the south coast between 1805-1810 to defend against a potential invasion by Napoleon. Our first excursion was to Brighton and we were dropped off near the Royal Pavilion, Pier and shops and had three hours to explore. I’ve always wanted to visit the Royal Pavilion, so that was top of my list. It is amazing and more than lived up to even my highest expectations. With its flamboyant architecture and sumptuous interiors, it is Regency bling at its best. It was designed to impress. The kitchens were state of the art and were shown off to admiring guests! The three hours gave me plenty of time to enjoy it. The three hours gave me plenty of time to enjoy it, although it did mean I didn’t see anything else of Brighton.

On the way back, we drove back along the coast past Birling Gap and Belle Tout Lighthouse, both on the tourist tick list. We also had a brief stop at Beachy Head for the view. Those ticked off, it meant I didn’t need to catch the open top tourist bus the following day.

The next day was a free day, so I caught the bus to Pevensey, about fivve miles east of Eastbourne. This is where William the Conqueror landed in 1066, one of the few dates in English history that most people would recognise. It was guarded by a massive Roman Fort which provided shelter and protection as William prepared for battle with Harold Godwinson for the throne of England.

Now the sea has retreated, leaving Pevensey a sleepy settlement of little more than one street with surrounded by flat low lying marshland. The shops moved to the newer settlement of Pevensey Bay, on a shingle bank above the shore. There is less left of the castle, but it is still impressive. The audioguide is worth taking around with you.

There is plenty to do in Pevensey to fill a day. The Courthouse and Gaol museum is well worth visiting. Contact them first to make sure a volunteer is available to open up for you! I also visited both St Nicholas Chuurch in Pevensey and St Mary’s Church in Westham near the western gateway of the Roman Fort, thought to be one of the earliest Norman churches in England. The final day was a trip to Rye and Hastings. This wasa busy day and I could have done with more time in both places.

Rye is delightful and virtually unspolit with its narrow cobbled streets. It is a delight to explore on foot. Unfortunately with only 90 minutes, I had to watch the time and keep moving. I made a point of visiting St Mary’s Church and climbing the tower for amazing views across the area. We also had just under two hours in Hastings and were dropped off near the old town. Knowing the castle was shut that day and the East Cliff Railway didn’t seem to be working, I spent all my time along the Stade, an Anglo Saxon word meaning launching place. The fishing boats still pull up here and sell from shacks along Rock-a-Nore. The tall net shops used by the fishermen to store their gear are unique to Hastings. The Fisherman’s Museum and the Shipwreck Museum were both well worth visiting and also free.

So all in all, a good break with varied and interesting excursions. It is a very attractive area and there is a lot to do and see, whatever your interests. The only downside was travel to and from Eastbourne from the Yorkshire/Humberside region. It was a LONG journey and not helped on the return by the eco warriors out on the M25.
Last edited: Dec 19, 2021
http://wasleys.org.uk/eleanor/index.html
J

Eleanor said:
It was a LONG journey and not helped on the return by the eco warriors out on the M25.
Click to expand...

A nice trip report, Eleanor, and lovely photos - but I had to google that last sentence. So now I know what Insulate Britain is.

Thanks for those comments Joe. Perhaps I should have explained that Insulate Britain are a protest group that caused chaos in the autumn by blocking main roads and motorways (particularly the M25) bringing them to a standstill with their demands that the government insulate all homes. There was a lot of ill feeling as they were stopping people get to work and there were concerns that emergency vehicles were also being stopped too. Now the really cold weather has come they are no longer out protesting.
http://wasleys.org.uk/eleanor/index.html
You must log in or register to reply here.
Share:
Email Share Link