Contest 2019 Winner!
We had plans to fly to France & spend a couple of weeks in the Dordogne & Lot valleys, discussed here earlier == but we had to renew our passports & while mine came a week before we were to leave, Marks did not and we had to cancel and at least get a voucher for future flight == which we must. use by June. [the whole passport thing is worth a post itself] - We have shifted our thoughts from France to Greece = I would like to find a historical and cultural island to stay on = my husband has an interesting in northern Greece. I'd have to do the driving and he has some trouble walking so the idea of hiking forests is out of the window. If anyone has any thoughts or suggestions regarding April or May in Greece, please let me know == Thank you!!!

Victoria
A fine art photographer with a particular interest in architecture, patterns and travel subjects. "Images to Transport You" is my tag line and motto. If you want to remember where you have been or want to see and experience where you are going, visit my gallery site and enjoy the view! Images at: https://gallery.JourneyZing.com

Wonderful idea to visit Greece on April or Maty. I could suggest the following:

If you choose to fly to Thessaloniki (SKG) within a three-hour drive you will reach the Agios Achillios lake island. An exceptional location that most Greek people have never visited, a true hidden gem!

Agios Achillios lake island is located in Mikri (Small) Prespa which is part of Prespes National Park (PNP) and is well-known as a wetland of international importance. 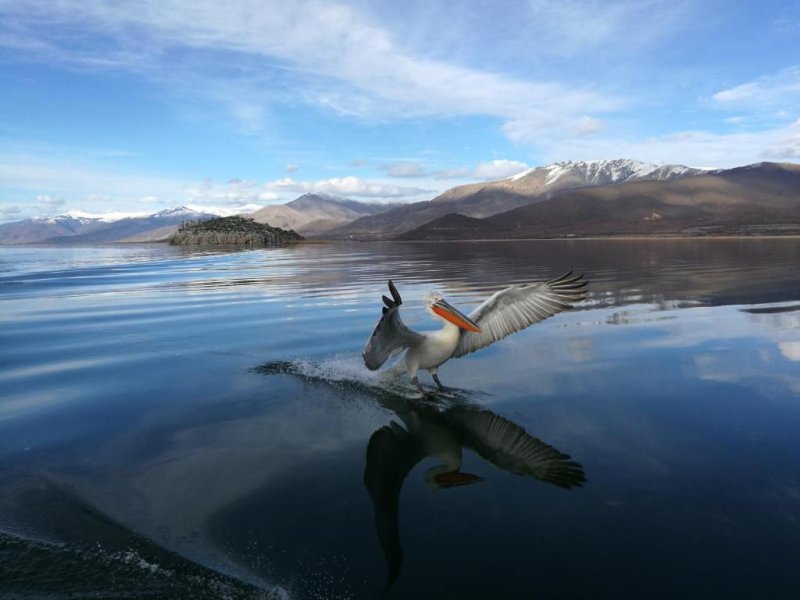 In the Prespa National Park has been recorded over 2,000 species of flora, 271 bird species, 60 mammal species, 23 fish species, 22 reptile species, and 11 amphibian species!

Agios Achilios is the second inhabited lake island in Greece, after Ioannina`s lake island, has 23 permanent inhabitants, and is only reachable on foot via a 650m long floating bridge!

Agios Achillios & the Prespes National Park are located at the Northern edge of Greece where three countries meet: Albania, Fyrom, and Greece. 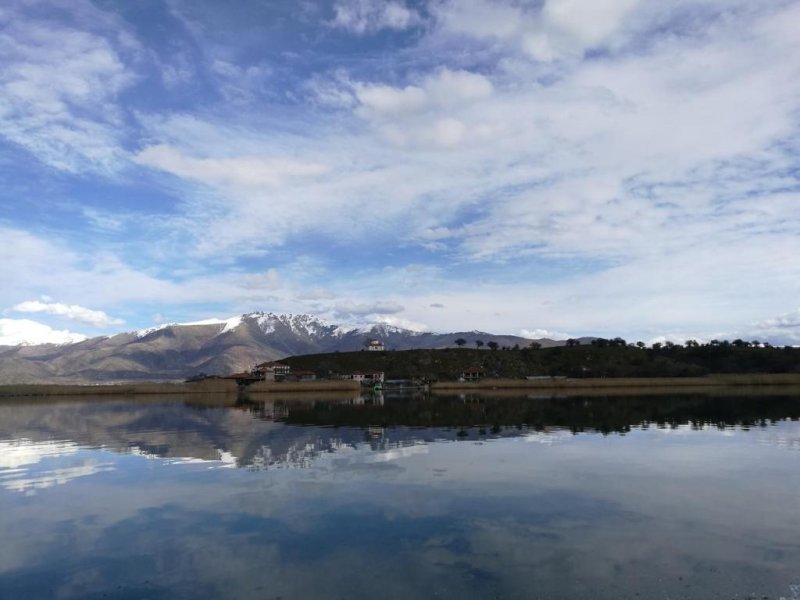 You can sail for Free with the Green solar-powered boat along the Prespes National Park (please check here) and enjoy being in the three-country point: Mikri (Small) Prespa is shared between Greece and Albania, and Megali (Great) Prespa between Greece, Albania, and North Macedonia (FYROM).

Agios Achillios has a wealth of Βyzantine churches scattered across the island. The ruins of the three-aisled Basilica of Saint Achillios are the most important archaeological site on the island and date from the 10th century A.D. 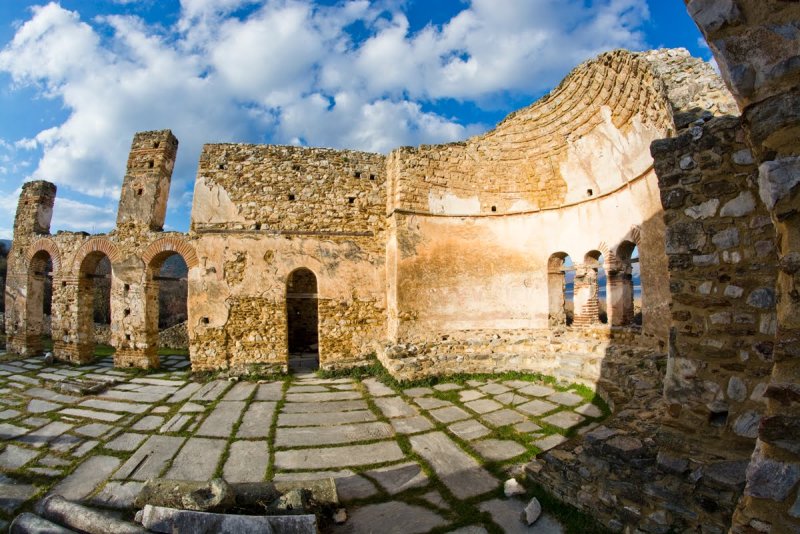 Archaeological research has discovered fragments of ancient inscriptions, dated back to the 2nd and the first half of 3rd century A.D, and revealed the existence of the ancient city ‘’Lyki’’.

Other archaeological finds are significant amounts of unpainted Terra sigillata pottery and ceramics from daily valuable pottery items such as cooking utensils that date back to the 1st century A.D.

A narrow strip of land separates Mikri (Small) Prespa from Megali (Great )Prespa, the second lake of the Prespes valley where humans have lived for over four thousand years!

In Agios Achillios a traditional accommodation and a magnificent restaurant across it, just in front of the lake operate all year round. Value for money and the friendly owners would love to provide you with any information needed. Highly recommend it! 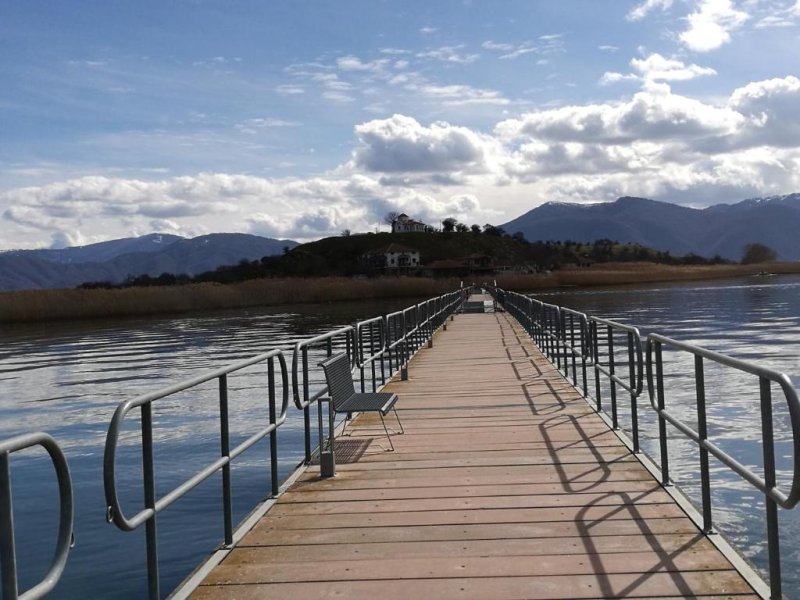 Contest 2019 Winner!
That sounds intriguing....I'll have to look into this == one issue is that my husband may not be able to walk all that far = but we shall see== thanks for the details and photos =
A fine art photographer with a particular interest in architecture, patterns and travel subjects. "Images to Transport You" is my tag line and motto. If you want to remember where you have been or want to see and experience where you are going, visit my gallery site and enjoy the view! Images at: https://gallery.JourneyZing.com

Contest 2019 Winner!
We ended up with two weeks in France [Bordeaux, Dordogne & Paris] and I need to put together a report but until then, am now hoping to plan a trip for Sept/Oct. We actually are very flexible but given my husbands age more interested in a leisurely trip. Greece is one on the list so I appreciate your information and will look into it further.
A fine art photographer with a particular interest in architecture, patterns and travel subjects. "Images to Transport You" is my tag line and motto. If you want to remember where you have been or want to see and experience where you are going, visit my gallery site and enjoy the view! Images at: https://gallery.JourneyZing.com
You must log in or register to reply here.
Share:
Email Share Link