When I started to plan our trip to Ireland I really had no idea where to begin. I'd never been very interested in Ireland, but knew if I planned the perfect trip I'd fall in love with Ireland like every one else seems to. I was a bit overwhelmed, but finally found a starting point: Rick Steves. Don't laugh, it's true. He does a 3 week tour of the ENTIRE island, but I had even less interest in Northern Ireland, so I decided to limit our trip to the Republic of Ireland. It's in the EU, uses the euro, but is not a member of the Schengen group, meaning our stay in Ireland wouldn't decrease the time we could spend in Italy!

Every stop on my itinerary was on the Rick Steves' itinerary, I just added additional days, and even added another extra day to Dublin, just so we'd be over jet lag and not feel pressured to do to much. Additionally, I knew one full day would be spent visiting Newgrange and other ancient sites. Art would be doing all of the driving, and during our 2+ weeks I managed to give him two full days off!

I was discouraged when I first discovered that Ireland, however small it might seem, is still too large to have one base to see all the must-see sights. And yes, I know, it's sometimes better to see the off-the-beaten-track sights, but I did try to look for less touristy places to mix in with the busy ones. Our full day on a private tour of The Ring of Kerry was money well spent, not just to avoid the crowds, but it was also Art's other day of simply enjoying the scenery without having to worry about scraping a wall or missing a turn.

We saw lots of ruins: ruined churches, ruined towers, ruined castles, ruined graveyards. And we saw lots of stunning scenery. Before we left Dublin, I was afraid that the countryside might not be as green as we were expecting, due to the drought and the heat-wave, but luckily those worries were unfounded. We saw charming seaside villages and rolling hills. We avoided Waterford and Cobh. I knew I had no interested in purchasing any glass, so Waterford wasn't hard to skip, but I'd wanted to visit the Titanic Museum in Cobh (the ship's final port before departing for American), but everything I read about parking in Cobh seemed discouraging, and in the end I knew it wouldn't really matter, so we skipped it.

After our first 4 nights in Dublin we headed south for Kilkenny, Kinsale, Kenmare, then Dingle. We then headed north, taking the ferry to save some drive-time, and spent 4 nights based in Galway. I could have used another night in Galway! We (I) didn't want to get up at the crack of dawn on the day we'd leave Ireland, so we spent the night at a Holiday Inn near the Dublin airport, stopping at the National Stud farm on the way. Being from Kentucky, and with Art working at Churchill Downs for over 40 years, it was interesting to see how this operation compared to Kentucky horse farms.

I don't think I'll ever go back to Ireland, but if I did I'd be happy to repeat the same itinerary, and would even consider added one extra day (at least) to each of our stops. I probably didn't fall in love with Ireland as much as some do. My heart already belongs to Italy, and my soul is in Britain, but I did discover that my mouth belongs in Ireland. I'll let you figure that one out for yourself.

You can read the full trip report HERE. And here's a link to all 19 albums on Flicker!

Here are a few pictures: 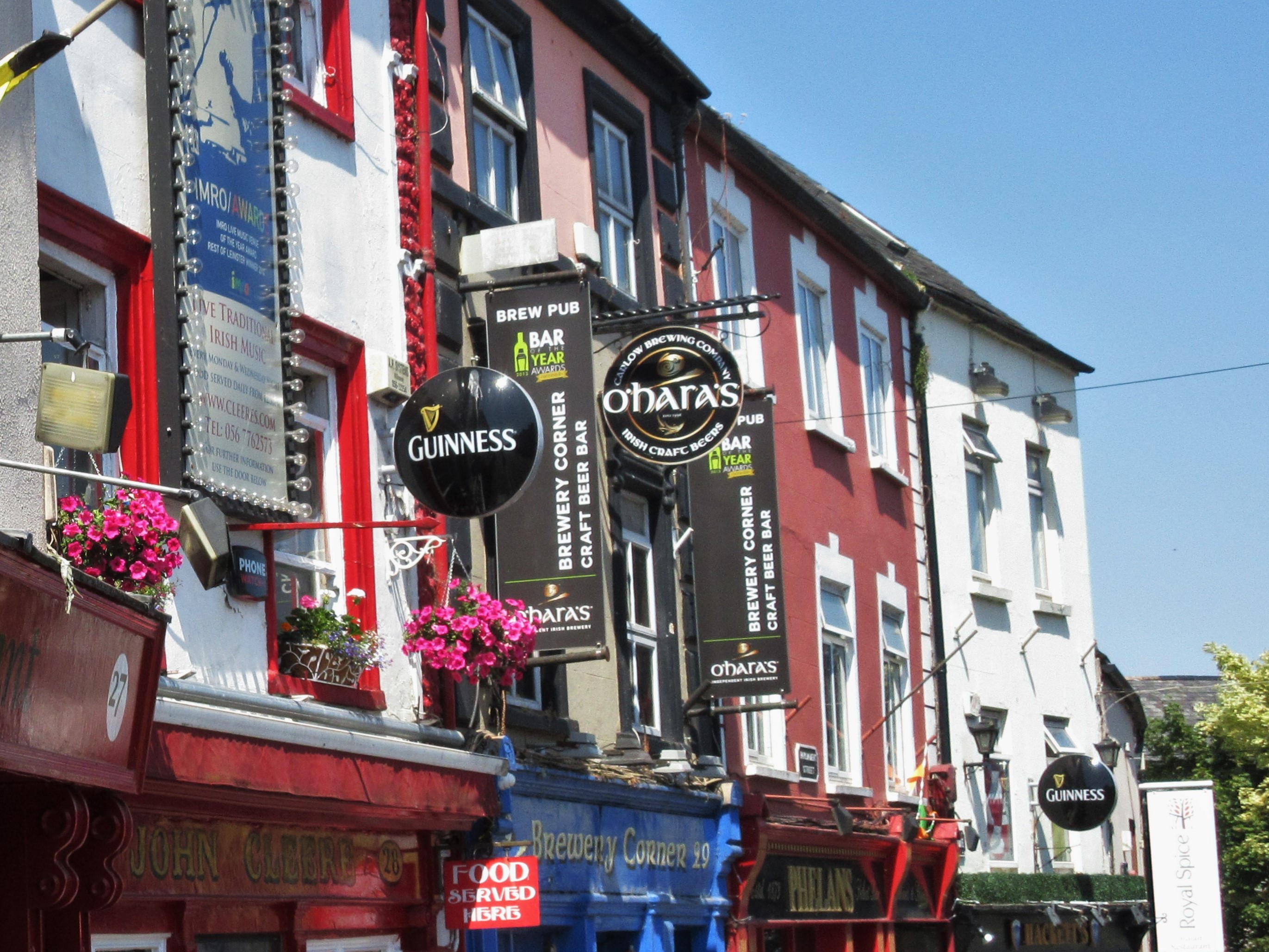 It sounds as if you had a great time and managed to achieve a lot. Glendalough is a wonderful place. I love County Galway (preferring it to the much more popular Kerry) and can understand why you felt you could have spent an extra day there. I was interested by your comment about Aillwee Caves. We've not visited them having been put off by the queues each time we drove past. It doesn't sound as if we missed much! How busy were the Cliffs of Moher? We made the mistake of visiting on a sunny Sunday and the crowds were horrendous...

The John Wayne an Maureen O'Hara statues are because Cong was used to film the Quiet Man and even hs a museum about the film...
http://wasleys.org.uk/eleanor/index.html

Yes, there's also a plaque in Cong, telling all about the movie - which I'd never even heard of.

Cliffs of Moher were crowded, but at least it was a Tuesday and not the weekend!

Something else we didn't do was visit any of the islands, but they didn't hold much appeal for us.
Last edited: Dec 23, 2018
Read about our life in Italy

There are 19 albums on Flicker, all in one collection, which I'm going to try to link to HERE. Let me know if that link works - if not, I'll have to link to the main page.
Read about our life in Italy

The link works for me and there are some great pictures. It looks as if you were lucky with the weather too.

I'm glad you found the monk's fishing station at Cong Abbey. I wonder how often they didn't manage to catch ny fish and went hungry.
http://wasleys.org.uk/eleanor/index.html

My father was from the Galway area (a small farming village inland from Galway) and we spent a week with him and his brother and my brother in that area in 1992. That’s the last time I was in Ireland and we really need to go back!
Pauline Kenny - forums administrator
Slow Europe - Instagram

I'd consider going back, flying into Shannon this time, and does more of the NW coast - Donegal in particular!
Read about our life in Italy
You must log in or register to reply here.
Share:
Email Share Link