Alvaro, our guide was excellent and deserved his tip when he finished up his historical architectural tour of Porto on a political note. He took us to the building that houses the Courts in Porto. 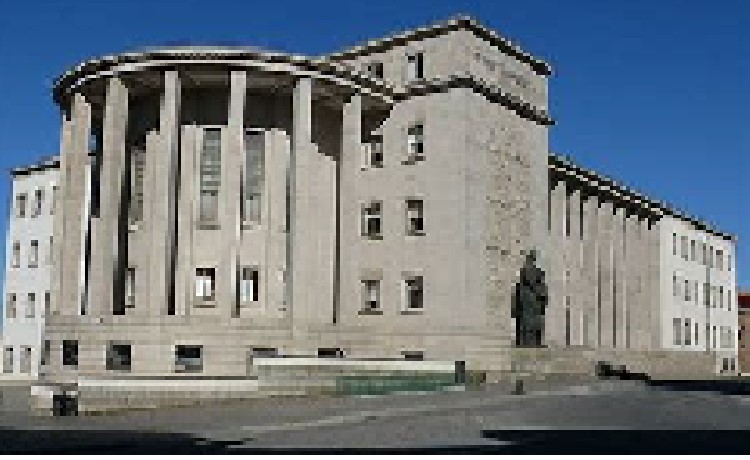 was put up by António de Oliveira Salazar (1889–1970), founder of the Estado Novo (New State) an authoritarian, anti-parliament, anti-communist and nationalistic regime which ruled Portugal from 1933 until the Carnation Revolution in 1974. It is a building characteristic of the Estado Novo (the Portuguese dictatorship), monumental, with classic and austere lines that aim to transmit the power of the State and the force of Justice. It is a building full of symbolism, from the semicircular basilica typical of the Roman courts to the great staircase with pillars that preside over the facade and that reminds us of the classical temples. Between the pillars, we find the symbolic representation of the Sources of Law: the Doctrine, the Natural Law, the Law, the Custom and Jurisprudence.

Our guide gave us a popular view of the symbolism incorporated in the Art Deco facade of the building. 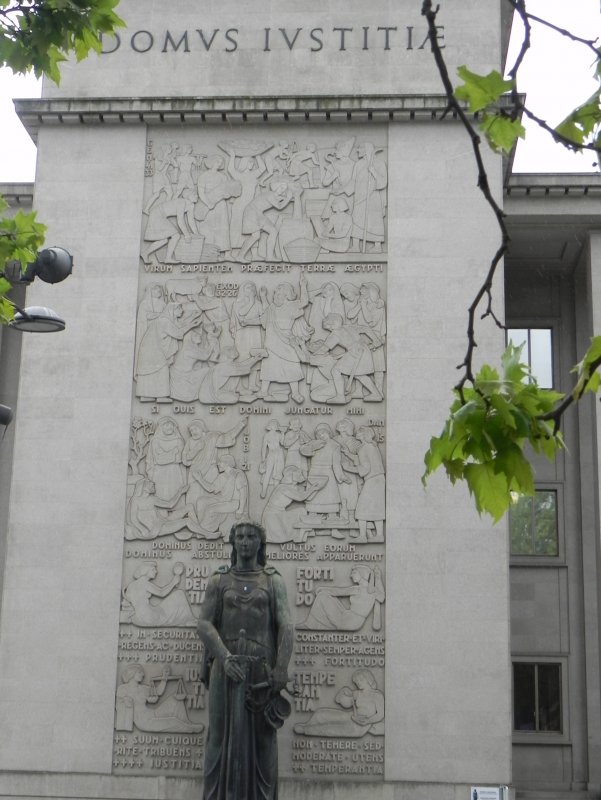 According to Alvaro, the strongman wanted to teach his largely unschooled citizens (in the 1930s) the same way that the Church did in the Middle Ages: audiovisually.

The first panel behind the statue of Justice without the traditional blindfold (why?) illustrates Genesis 41:33 the story of Joseph in Egypt, the wise man who defended his people. Next, we see Moses accompanied by a text from Exodus 32:26 that foreshadows the Crusaders’ cry as well as Salazar’s invitation to the Portuguese, “Whoever is of the Lord, let him join me!” In the following joint panel, we see on the left “The Lord gives and takes away.” from Job 1:21. And on the right, we are presented from Daniel 1:15 with the Jews who were made healthy by following the Torah despite their captivity in Babylon. 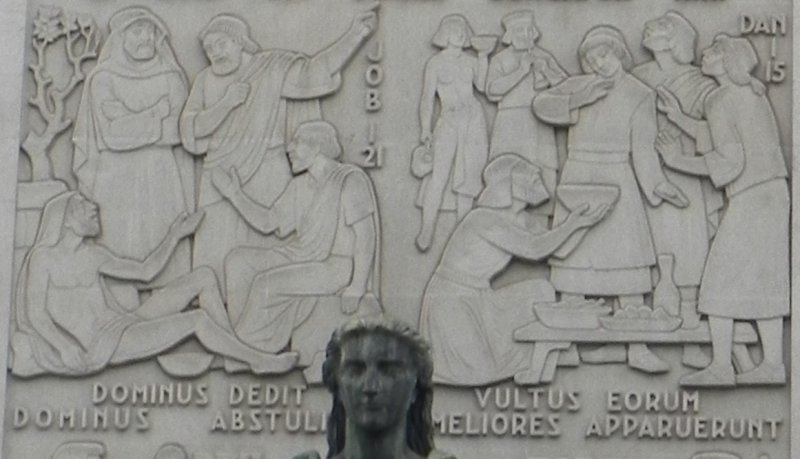 Alvaro’s interpretation rang true to me. It seems that leaders have always presented themselves as "heroes of their people", have always distinguished their “good” followers from the others, have always called for "resignation" in hard times, and have always stressed the positive results of "following the law'. The dictator was not giving a bible lesson but was laying out his political platform.