After several days in central Portugal based in Tomar, we drove to the Douro River wine region. On the way we stopped at Aviero, the so-called “Venice of Portugal” because of its canals and gondola style boats. 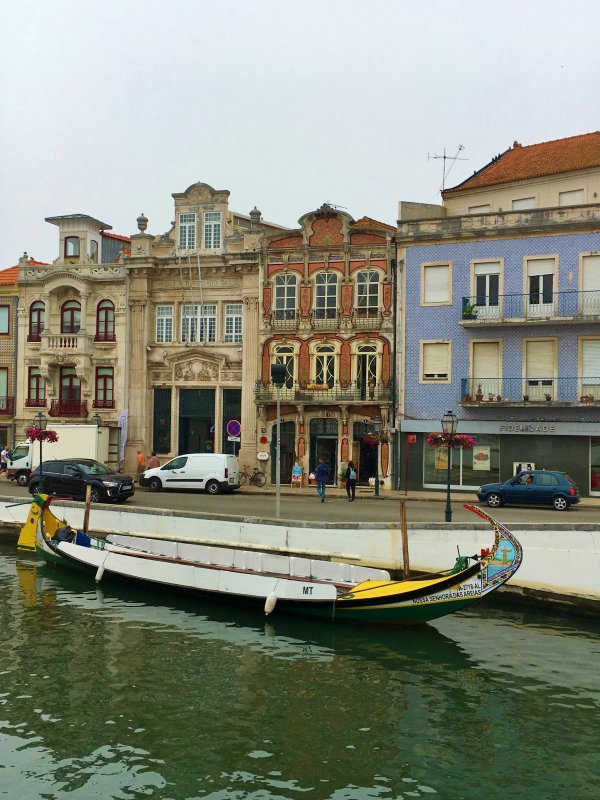 It is a charming city with pastel painted Art Nouveau buildings and afforded us the opportunity to stretch our legs before continuing on to Quinta de Santo Antonio, our accommodations near Tabuaco. The Quinta (vineyard farmhouse) is perched on the mountainside in the middle of wine country with a spectacular view of the Douro River. We had dinner served family style at the Quinta with about 12 other guests from all over the world. 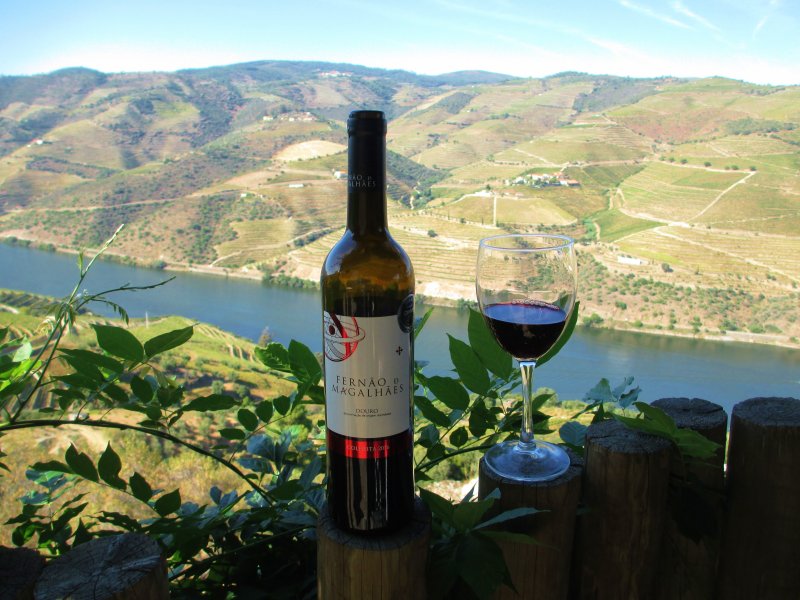 The next day we drove to the town of Lamego. We strolled around the Baroque buildings and through a park. Wanting to see the sanctuary Our Lady of Remedies perched above the town, we decided to drive up to the top rather than walk up the hundreds of steps up from town. The steps are decorated with beautifully tiled friezes and zigzag up the hill. 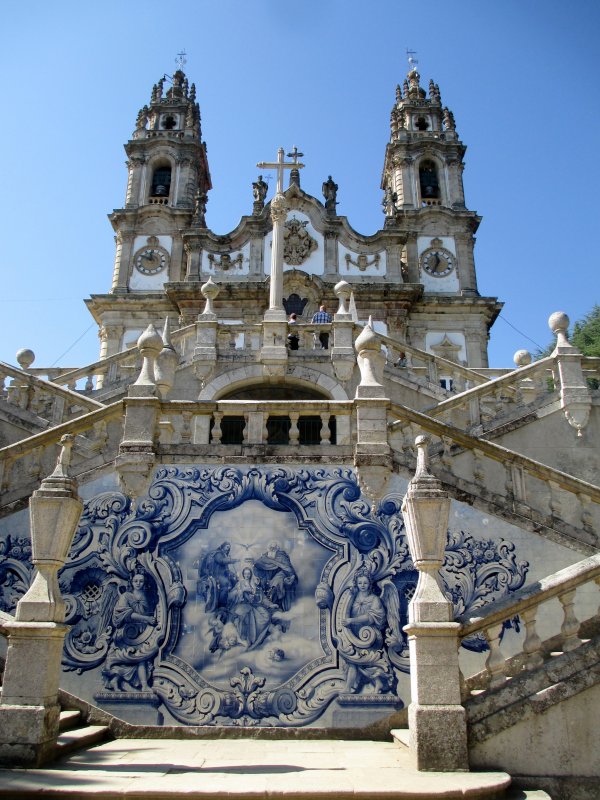 After visiting the sanctuary, we headed on to Peso da Regua, the river port for wines from the upper Douro. We enjoyed walking around town, went through the Douro Museum and had a nice lunch at Gato Preto. With our lunch we had a Niepoort Redoma wine. When we told the waiter we were enjoying the wine, he told us the winery was on the hill just outside town. So we looked up the address and after lunch that’s where we headed. We pulled up to the winery just as a tour was beginning, so we quickly joined in for the tour and tasting. The following day we drove up river to Pinhao and took a peaceful river cruise up the Douro River through wine country. The Douro River valley is one of the most beautiful places in the world. We left for Porto the next morning. On our way we stopped at Guimaraes, the “birthplace of Portugal”where the first king was born. We toured the 10th century castle, as well as the 15th century Bragnza Dukes palace. After lunch in a lovely shaded garden of a café, we continued on to Porto. Since we knew a car would not be needed in Porto, we turned it in at the Porto airport and took the metro into the city, getting off a couple blocks from our hotel, “B The Guest”.
The next day we spent the day sightseeing in Porto, known for Port wine. It’s a beautiful city that terraces up from the narrow streets of the riverside to the Gothic Church of San Francisco on top of the hill. The facades of many of the buildings are covered in tile. We crossed over the twin level bridge to Gaia, where the Port wine shipping houses are, had lunch, then stopped for a port (and chocolate) tasting before heading back over the bridge to wander through the streets and pick up our final Portugal souvenirs. The following day it was back to the airport for our flight to Paris, where we would spend the next 10 days. Portugal has a rich history, varied scenery, and many historical monuments, cathedrals and castles with spectacular architecture. Prices are still affordable. Driving was no problem, and in fact we found the roads had improved since our visit 10 years ago. Food, especially anything grilled, and local wines were delicious. Most people we encountered spoke at least some English. There seemed to be more shops offering cork products, linens, ceramics and other handicrafts than we had encountered 10 years previously. We would highly recommend a visit to Portugal.