Contest 2019 Winner!
In April we will be taking our Slow Europe Contest Prize Trip to l'Aiolina in Vagliagli

Our plan is to spend 5 days in Rome before heading to Tuscany by train.
I am so looking forward to this trip... However... I am not a big city type person and my wife really wants "to do" Rome
... so I need some help/recommendation.

So can anyone suggest a day trip outside of Rome?
A day in the country with good food and wine and something historical would be wonderful.
And I know I will be able to convince her on the excursion.

We are staying within blocks of the Rome Train Station, so train would be best for our day escape.

Thanks in Advance.
"Though we travel the world over to find the beautiful, we must carry it with us or we find it not.” - Emerson
L

Ostia Antica might be a good trip. I haven't been myself but have been intending to visit. Here are a couple of links that might be helpful: https://www.ostiaantica.beniculturali.it/en/; https://anamericaninrome.com/wp/?s=ostia+antica.

Lake Bolsena would also be a lovely day trip, although more easily reached by car: https://www.italymagazine.com/featured-story/lake-bolsena-volcanic-miracle. We spent a day there once, mostly in the town of Bolsena, just wandering around, letting the kids splash in the lake, having lunch overlooking the water.

Civita di Bagnoregio is also an interesting spot. We traveled there by car, but you can get there by combination of train and bus. We once rented a villa in the Tuscia with a group of friends, and the villa overlooked Bagnoregio, so of course we had to visit the town.

Contest 2019 Winner!
Thank you so much Lisa for the recommendations.
Looks like I have some homework!
If you think of anymore please feel free to add them.
"Though we travel the world over to find the beautiful, we must carry it with us or we find it not.” - Emerson

Orvieto is another lovely town within an easy train ride of Rome.

Take a look at Underground Orvieto admission times if you select Orvieto as your trip.

For an alternative, maybe Villa d'Este in Tivoli? The gardens and water works are on the amazing side. Hadrian's Villa is in the same area. Would have to check on public transportation access.

If you go to Orvieto, definitely plan some time to go to Civita di Bagnoregio.

Ostia Antica is only a short train ride from Rome and you can easily spend a day there roaming the ruins.
Paul
S

Okay, so I'll be the devil's advocate and suggest that you stay in Rome for the 5 days. You'll be out of the city soon enough and it is big enough that your wife will not really get to "do Rome" otherwise. As a compromise, I would suggest that you find some half day walks or small food/wine classes that will spare you from feeling that you're trapped in a big city. The Aventine hill area comes to mind, as it has parks, views and is close to Testaccio. Additionally, if you book & take inexpensive tours of the major sites, you can avoid lines maybe even see some of the lesser known (& less crowded) places. Just my 2cents worth. Either way, have fun.

Contest 2019 Winner!
Thanks for all the recommendations and I will definitely add Orvieto and Villa d'Este on the candidate list.

Steve R. you bring up a very valid point – there is definitely a lot to see and do in Rome. A little background - My wife and I went to Malta a few years ago and had an amazing day in Rome. Yep, just a day but we walked 10 miles and took in the sights just to get the lay of the land and take pictures. We had a very short, but an amazing visit to St Peters.

Here is a link to our day: Good Bye Malta - Hello Rome

After one very long day, we decided we needed to return to Rome and do the city justice… or at least try. Not sure a month is long enough to do everything.

I have joked with friends and family a, being Catholic, that the Rome trip is our Catholic Haj. We have been lucky enough to secure tickets for Scavi Tour, and hope to get a night visit to the Sistine Chapel. Attending Mass at St Peter’s on Sunday will also be a definite. We will miss the Papal Audience on Wednesdays because we arrive on a Thursday and start our next leg to Tuscany on Tuesday.

My wife is prioritizing the Rome leg and I the Tuscany part of the trip. So back to your point Steve, my bet we will probably have 5 full days in Rome, but I do want to research day trips. If we do one it will probably be on the fly, but a little homework upfront may help narrow down if possibilities.

Lesser known sight recommendations in Rome will also be gladly accepted.
"Though we travel the world over to find the beautiful, we must carry it with us or we find it not.” - Emerson

Two places we visited on our last stay in Rome were the Domus Aurea and the Domus Romane...we found them both very interesting. Check out their websites to see if they might be of interest to you and your wife.

Contest 2019 Winner!
Thanks! Will check out
"Though we travel the world over to find the beautiful, we must carry it with us or we find it not.” - Emerson

Go to Tivoli. Villa d'Este and Hadrian's villa are both there and very impressive.

In Rome, I think that the Bernini sculptures at the Villa Borghese are the most impressive sculptures ever done. A number of years ago we spent almost a whole week finding Bernini sculptures and Caravaggio paintings in Rome and enjoyed that effort. Different museums and churches are where we mostly went.
Last edited: Jan 28, 2020
L

Absolutely agree with Fibonacci about the Galleria Borghese. This is perhaps my favorite spot in Rome and I have probably been there at least five times. Reserve tickets online, in advance, and don't be late; there is a strict time limit.

I love a good Caravaggio crawl. You will see several at the Galleria Borghese. Other musts for Caravaggio: Santa Maria del Popolo; San Luigi dei Francese (Matthew series); Palazzo Doria Pamphilj (my favorite, Rest on the Flight into Egypt, is there, among others), and Palazzo Barberini. If you want to escape crowds, see the Madonna del Loreto at Chiesa di Sant'Agostino. Here's what you can find in Rome: https://www.wantedinrome.com/news/where-to-see-caravaggio-paintings-in-rome.html.

I love the smaller churches, like Santa Prassede and San Pietro in Vincoli. They're the sort of places you can spend a half-hour, so it's not a big time commitment as well as a break if you're taking a stroll.

Another must-see is Santa Maria Sopra Minerva, which is filled with wonderful art.

If you want a wine tasting experience, I would recommend VinoRoma,
www.vinoroma.com.

I love the Monti neighborhood--everyone gathers at the fountain; have a drink and a snack at Al Vino Al Vino; just walk around to get the feel of a real neighborhood. Fatamorgana has a branch there for a great gelato.

I've been to Rome a dozen times or more and still feel like I've only scratched the surface--but I've given you some of my all-time favorites.
C

Following this thread with interest as we are doing about the same trip -Rome 5 days then Tuscany (base in Lucca) by train for 9 days, but in May. I also am not a huge city person but still want to do Rome justice as it will probably be the only time we go.

My husband and I spent 2 weeks in Rome in January 2016 and went on a few day trips.

Orvieto and Ostia Antica, as already mentioned by others. It was my second daytrip to Orvieto and I'd return in a heartbeat, delightful town full of hidden corners and gorgeous views and places to pop into (churches, shops, restaurants, etc). The archaeological site at Ostia Antica is fascinating, we found it well spending half a day there - if I went again, I might pack a picnic lunch as the cafeteria was both crowded and pricey.

Bracciano was a delightful surprise for us...we'd never heard of it, just randomly picked it on the map one day that we wanted to go for a train ride. The Orcini castle there is most impressive, as is the view over the lake from the castle grounds and a nearby lookoff spot. Roughly an hour north of Rome.

Frascati - we were underwhelmed and only stayed an hour before deciding to rethink our day, and hopped a bus to Castel Gandolfo instead, which we found charming. Being the location of the Pope's summer palace, it could fit well with your "Catholic Haj"! We didn't tour the palace though, just ambled around the town. Stunning view over the volcanic lake. Less than an hour's train ride. We had a fabulous lunch at Pasta All'Uovo...my husband is still trying to recreate their chickpea soup!

For the feeling of a day (or half day) out of Rome without actually leaving Rome...a picnic lunch in the Aquaduct Park is a lovely respite. Half an hour on Metro line A from Termini to the Guilio Agricola stop, then a few minutes walk. The day we were there, a huge flock of sheep was grazing and then the shepherds moved it through the park to a pasture on the other side...was like a fuzzy river flowing around us, so cool!

I'll be in Rome in July with my mom, but only for a couple nights so we'll probably just stroll around the historic centre and eat a lot of gelato!

If you decide on Orvieto, which is one of our favorite places to visit. Please reserve a table for lunch at La Palomba. Small hidden jewel. Reservations are a must, because of its size. We always stay in Montepulciano every year, but a day trip to Orvieto and La Palomba is a must for us.
You must log in or register to reply here.
Share:
Email Link 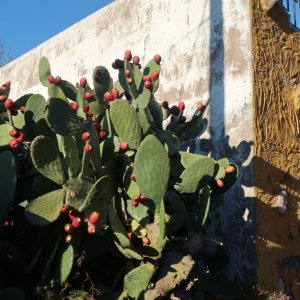 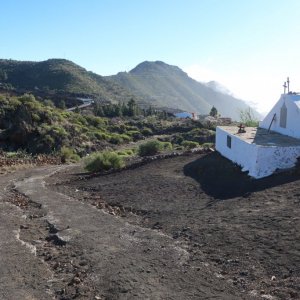 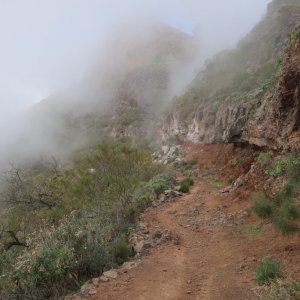 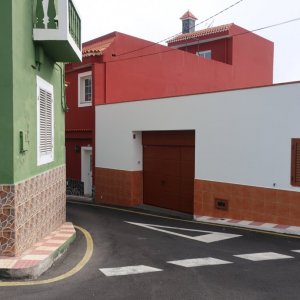 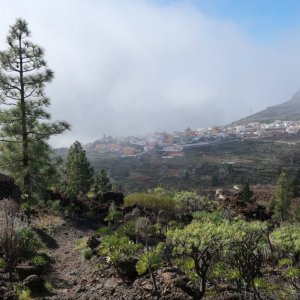 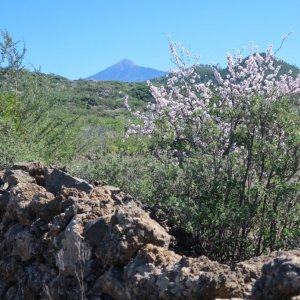 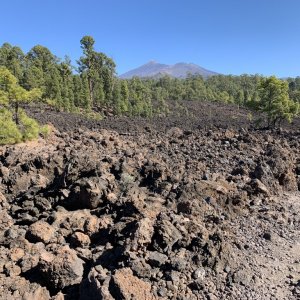 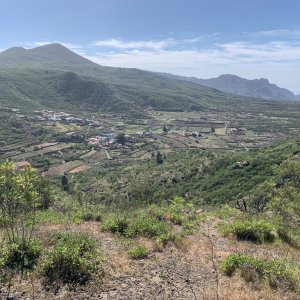 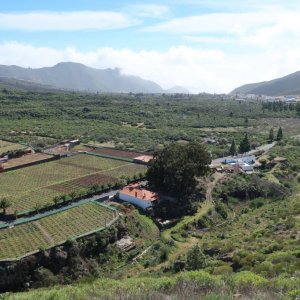 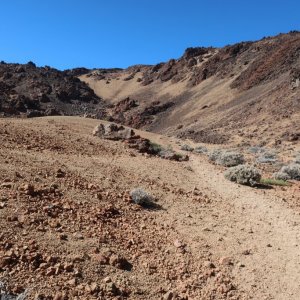 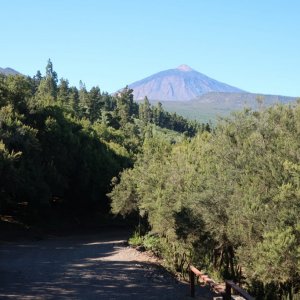 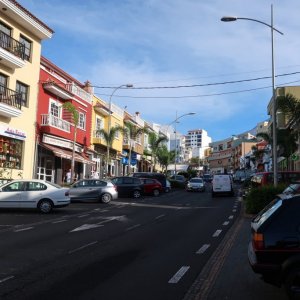 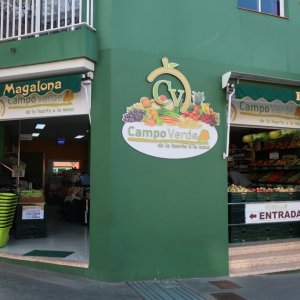 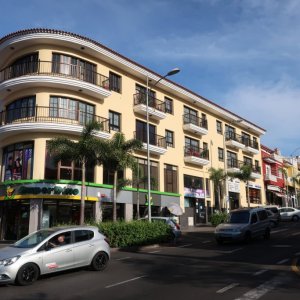 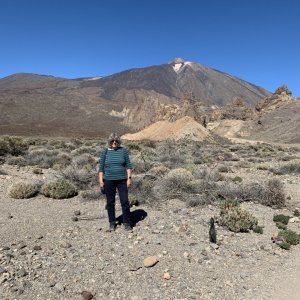 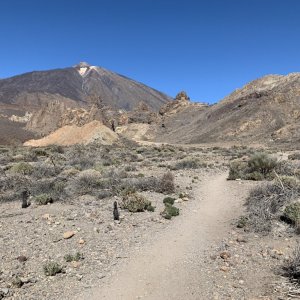 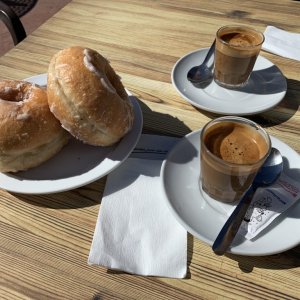 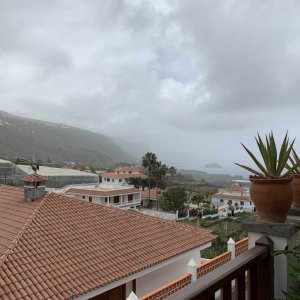 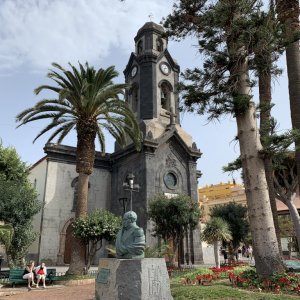 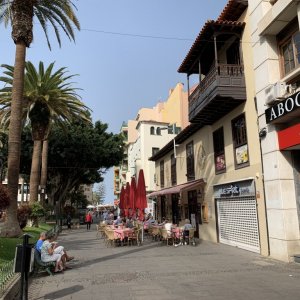