It has taken me a lot longer to write this than intended, but better late than never...

It was October half term and I was wanting to go somewhere warm before the rigours of the English winter set in. Not wanting to spend too long flying to somewhere exotic, I decided on the Mediterranean and Sicily, an island I’ve not been to.

I chose to go with Riviera Travel, a company I had used earlier in the summer and had been impressed by. The dates were right and they also offered flights from Manchester Airport.

As it was an early morning flight from Manchester, I booked into the Radisson Blu on the airport for the previous night. We flew with Thompson Airways who are now rebranded as TUI. Check in was efficient and it was flight. There was a basic selection of food at reasonable prices.

The accurate instructions from Riviera meant we soon found our guide and were directed to the coach which we would use for the week. There were about 50 in the group and Riviera have a policy of allocating seating and moving everyone each day.

The guide Rosario was knowledgeable and provided us with detailed maps for each of the places we visited. Places of interest were highlighted and he briefed us daily about the itinerary and suggested places we might like to visit when exploring by ourselves.


DAY 1 - Arrival
It was a late morning arrival at Catania Airport and a long drive across the island to Kaos Hotel, a large modern and minimalist style hotel set in large grounds on the outskirts of Agrigento . We were booked in here for three night

DAY 2 - Valley of the Temples and Agrigento
This was a full day spent around Agrigento, starting with a visit to the Archaeology Museum, which has an incredible collection of Greek pottery. We had a guided tour of the Valley of the Temples. The temples were built between 500-450BC on a ridge with views of the sea and surrounding countryside. The Temple of Concordia is the best preserved Doric temples in the world. This was followed by a brief visit to Agrigento, with free time to explore. Unfortunately being lunch time the cathedral was shut.

DAY 3 - Palermo and Monreale
It was a long drive north across the island to the capital, Palermo where we had the morning to explore by ourselves. Having seen the queues for Cappella Palatina, I decided to give this a miss and concentrate on the cathedral (which is more impressive on the outside than the inside) and the churches as well as wandering through the narrow streets and alleyways. La Martorana with its lovely C12th Mosaics and Baroque chancel is a delight, as is the over the top Baroque Church of St Mary of Gesu. 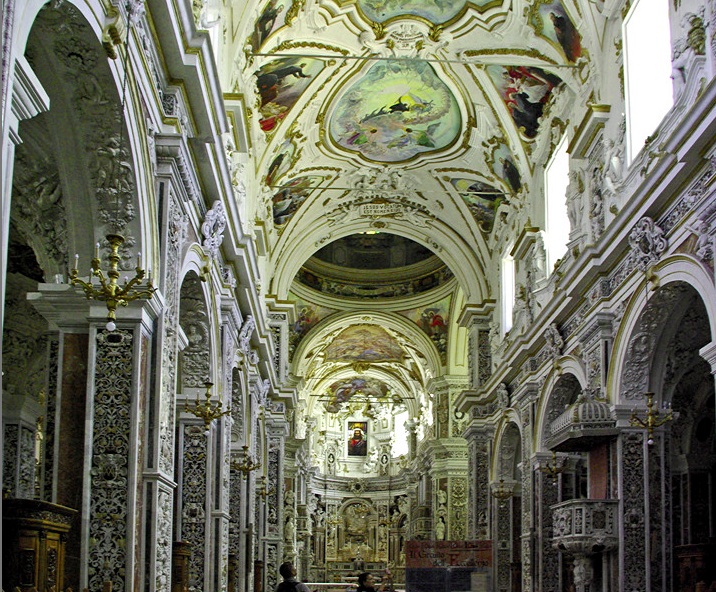 In the afternoon we drove to Monreale for a guided tour of the cathedral and cloisters. The cathedral which is described as one of the most beautiful churches in Sicily with walls covered with covered with gold mosaics which included a visit to the cloisters. 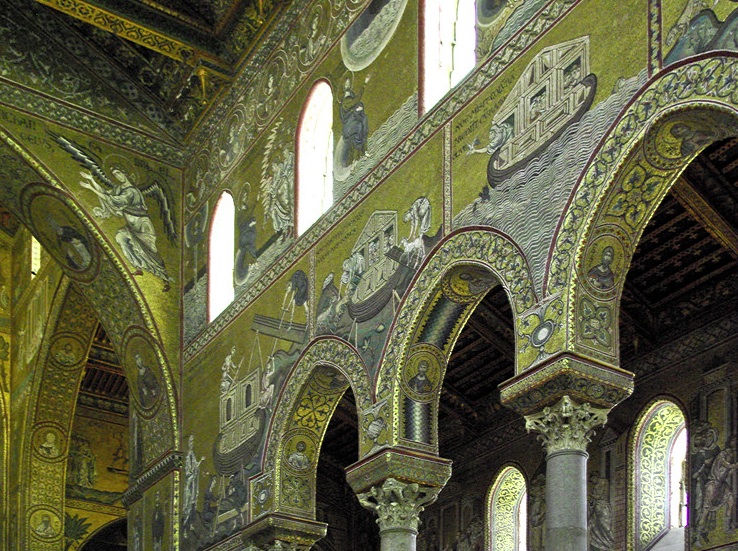 DAY 4 - Piazza Armerina and Taormina
Leaving Agrigento we drove back across Sicily to Taormina on the east coast just north of Catania. We visited Villa Romana del Casale near the small town of Piazza Armerina. The villa was covered by a massive mud slide in the C11th which preserved all its mosaic floors. This is the largest collection of mosaics still in situ in the world, and include the famous ‘Bikini Girls’. They are also of the highest quality suggesting the high status of the original owner. 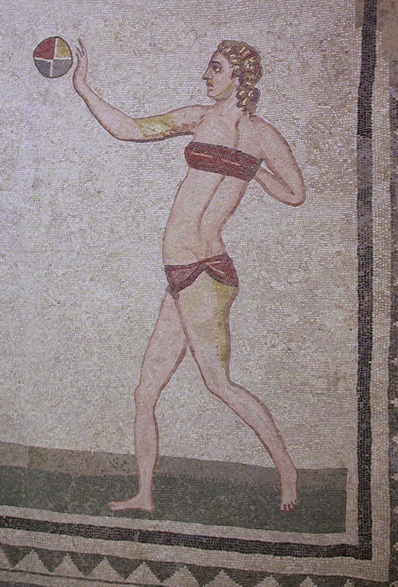 We booked into Hotel Excelsior Palace, just outside the old town of Taormina for the next four nights. Vila Communale Gardens which are a wonderful place to drop out in the heat of the midday sun.

The highlight of Taormina must be the Greek Theatre with its views across Taormina to Mount Etna. This is always busy, unlike the much smaller Roman Odeon behind St Catherine’s Church, so it makes sense to visit as soon as it opens and before the tour buses arrive. Some of the pillars were recycled to build the cathedral.

DAY 6 - Ortygia
It was a short drive down the coast to Siracusa, where I decided to miss the optional boat trip around the bay and explored the island of Ortygia, with its network of narrow streets and alleyways lined with tall buildings. It is impossible to get lost as as nowhere far from sea. This was once the largest and most important city in the ancient world. The cathedral was originally a Greek temple that later became a church. The original temples can still be seen on the north wall and arches were carved through the walls of the cella to form the nave. It is an incredible building with a very different feel to any of the other churches I saw. The west front is a complete contrast, having been rebuilt after the 1693 earthquake which destroyed many of the buildings. This was definitely one of the highlights of the trip. DAY 7 - Mount Etna
A trip to Mount Etna was planned as the highlight of the holiday. After a week of full sunshine, the weather let us down and it was a dull damp day with the top of the volcano covered by cloud. It was decidedly atmospheric, with the cloud swirling around. I took the cable car up to 2500m but decided there was little point in taking the unimog to the rim of the crater. We made a brief stop at Zafferana Etnae, one of the small towns on the flanks of Etna.

We arrived back at Taormina early afternoon. Annoyingly by then, the cloud had cleared and the top of Etna was again in the sunlight.

We left Taormina after breakfast for the short drive back to Catania for the lunchtime flight back to Manchester.

It was a good holiday hitting the high spots of Sicily. Sicily is big so there was a lot of driving some days. I would have appreciated longer in both Palermo and Monreale as half a day wasn’t long enough. I can understand saving Etna for the last day but the weather forecast was not good and it was a pity the itinerary wasn’t flexible enough to allow us to swap the last two days round.

I also felt there was a lot of Sicily that we didn’t see. In many ways this was very much a whistle stop tour of the highlights.

My full report with all the pictures can be found here.

Excellent review Eleanor..... I think you ought to be running photographic tuition now. You have handled some very difficult lighting situations very well....... light, hiding and bushel spring to mind !

Thank you for the complement which is very much appreciated coming from you. The lighting was difficult at times inside some of the churches and I did need to spend quite a lot of time on Photoshop when I got home with some of the pictures.
http://wasleys.org.uk/eleanor/index.html

Thank you, Eleanor! I will be in Sicily for 20 days next September (10 with a tour, 10 independently) and your report has really kindled my excitement.
Amy
https://argilman.wordpress.com/

You will have a wonderful time Amy - and the extra 10 days to explore by yourself will give you chance to get to some of the less popular (but probably just as good) spots. I felt there were so many extra places I would have liked to visit which weren't covered by the tour.
http://wasleys.org.uk/eleanor/index.html
A

Hi Amy: We will be in Sicily in Sept. also. Who is your tour with?
You must log in or register to reply here.
Share:
Email Share Link