Florence A Week in Florence, Italy

Over five million international visitors arrive in Florence (Firenze in Italian) each year. Over 90% of these tourists stop by for only a day. Most of the rest stay less than four nights. But it is the wise traveler who spends a week or more, setting up a home base in a Florentine apartment and exploring the city and the surrounding countryside at their leisure.

To tour Italy from Florence make a lot of sense. The center of the Chianti Classico wine region is thirty minutes southwest of the historic center of Florence. By bus or train Siena, Pisa, Lucca, and even, Cinque Terre, can be reached within an hour or two.

The best locations to stay in Florence include:
Areas to avoid, include: Once you move into your apartment, you will want to make it a comfortable home by assuring that it is outfitted with the supplies and other items you require.

First, you may need to find and purchase some basic supplies – toilet paper, paper towels, dish soap and bath soap, coffee, tea, and bottled water, etc. Almost every neighborhood has at least one small grocery store (in the 7-Eleven style). These will have names like Conad, Lidl, Il Centro, Billa and Despar. There are also small "Mom & Pop" grocery stores (now mostly run by Middle-Eastern immigrants).

A special note should be made of two small groceries:
Every neighborhood has a forno where fresh bread is available every day (except Sunday), as well as a pastry shop or two, and numerous coffee bars for a quick morning breakfast and/or an afternoon snack. Most neighborhoods will have a butcher shop, a fish vendor, a fruit and vegetable stand and an alimentari (deli) for cured meats and cheeses. Just canvas the streets within two blocks in all directions from your apartment.

Major supermarkets in the style of Safeway or Kroger can be found outside the city center, but still within a fifteen-minute walk or a short bus ride. These are either part of the Coop chain or the Esselunga chain. 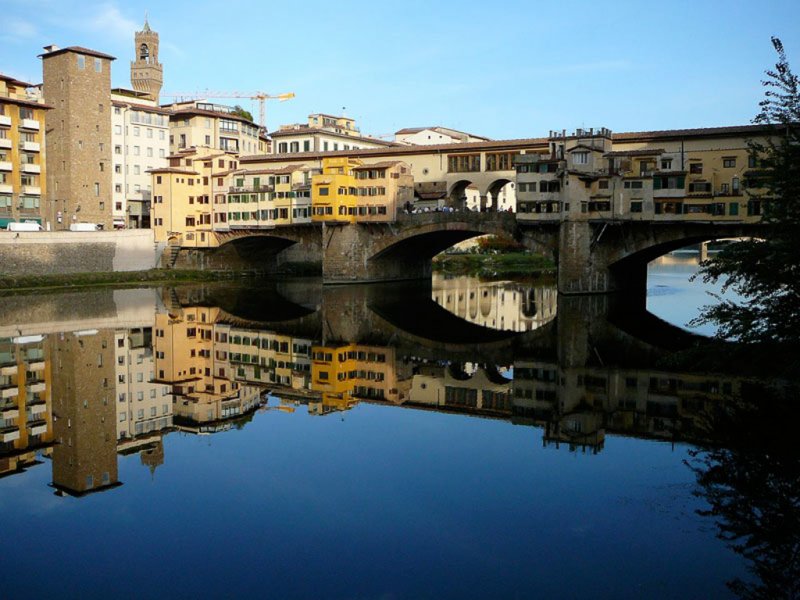 Once the basics are covered, those who wish to take advantage of Italy’s flavorful, vine-ripened vegetables, fresh pasta, cured meats and artisanal cheeses, will appreciate the offerings of the Mercato Centrale or the Sant'Ambrogio Market. They are only open from 7am to 2pm, Monday through Saturday, and both are full of individual vendors selling the freshest fruits, vegetables, bread, pasta, meat, poultry, fish and cheese. (Remember – don’t touch the produce until you get the vendor’s permission.)

Now that the basic supplies and meals are covered, it is time to find some fine Italian wine. Although wine is available in grocery stores of every size (where beer drinkers should buy their brew), it is more fun to peruse the better selection provided by an enoteca – a combination of wine store and wine bar.

Every neighborhood will have at least one enoteca. Some of the best are:
If you want to serve a "house wine" like many Florentines, then find a shop that sells vino sfuso (bulk wine). From large demijohns, wine is pumped into the empty bottles you bring into the shop or buy there. The bottle is re-corked and you pay three to six euro for a bottle of very good wine. You can ask for a taste to help you chose from the 7 to 10 options, each labeled with its area of origin and type of wine. These shops can be found in almost every area of the city.

Other Shops in Florence

For small health or physical emergencies or for other things you forgot to pack – aspirin, sunscreen, bug spray, allergy meds – you must go to the farmacia (pharmacy). Every neighborhood has at least one. When it is open a green cross is lit above the door. If it is closed, a sign on the door gives the address of the closest open pharmacy.

Three pharmacies that are always open:
The most often forgotten items always seem to be electrical – plug adaptors, transformers, batteries (camera, phone, Game Boy, etc.), hairdryer (don't try to use yours from home), and stronger light bulbs. Then there are the items that you may to have – a fan, space heater, iron, etc. The shop you need is an electrical appliance store (elettricita or elettrodomestici). A few of the best are:
Gelato and Museums in Florence

Now that your apartment is set up as you like it, it's time to concentrate on two final necessities in Florence – gelato and museum tickets.

First, gelato – life is too short to waste it on mediocre gelato and Florence serves up a lot of sub-standard ice cream. So only go to these four places:
If you plan to go to the Accademia, Uffizi, Bargello and the Pitti museums (and about 20 other museums), there may be special package deals available. Check the Amici degli Uffizi website and the websites for each museum. If you only want to see the Accademia and the Uffizi, make reservations in advance via their websites or purchase when in Florence.

by Ann Reavis, April 2010
Read Ann Reavis' book Italian Food & Life Rules, available on Amazon in paperback and for the Kindle.
Last edited by a moderator: Mar 22, 2021
Click to expand...

10+ Posts
Ann Reavis was an escaping lawyer when she arrived in Italy in 1998. She stayed 15 years and started a Florence and Tuscany tour business as well as a blog – www.tuscantraveler.com.

She now lives in Washington DC and writes both fiction and non-fiction:
Italian Food Rules
Italian Life Rules
Death at the Duomo
Cats of Italy
The Case of the Pilfered Pills