Spain Albarracin, one of Spain's most beautiful villages

Albarracin, Teruel Province, Aragon - one of Spain's most beautiful villages.

Location: about 40 kms. West of the City of Teruel

Albarracin is always included in travel columns' “top 10” lists. Its designation stems from its location, harmonious architecture and historical significance.

We visited in Spring and the cherry blossoms in the plazas around town enhanced the beauty of the place. Also it was early enough in the season that there were no crowds during the weekdays. Also early enough to see a snowflake or two drift down one morning.

Founded as part of the Moorish conquest of the Iberian peninsula, it became an independent fiefdom until conquered by the King of Aragon in the 14th century. No stranger to conflict as its defensive walls still attest, it was devastated during the Spanish Civil War. The small museum shows pictures of the destruction wrought. Citizens chose to rebuild in a coherent traditional style.


We stayed at the pension Los Palacios: http://montepalacios.es/ . It has simple, clean room with spectacular views across the valley to the town proper. It is a small walk from public parking to the door. The owner was helpful and pleasant but spoke no English. It also has a restaurant. Because of seasonal closure (open only on weekends) we were unable to try their table. The carta had regional dishes.

For the most part, restaurants served hearty regional fare at reasonable prices.

We arrived late in the afternoon and asked some ladies where we might get bread. Getting bread in the afternoon, unheard of!, but tomorrow morning we could visit the baker's place just below his house over there. When we bought an unusual-shaped loaf and ask what it was, without hesitating, he replied “The best bread in all of Spain.” 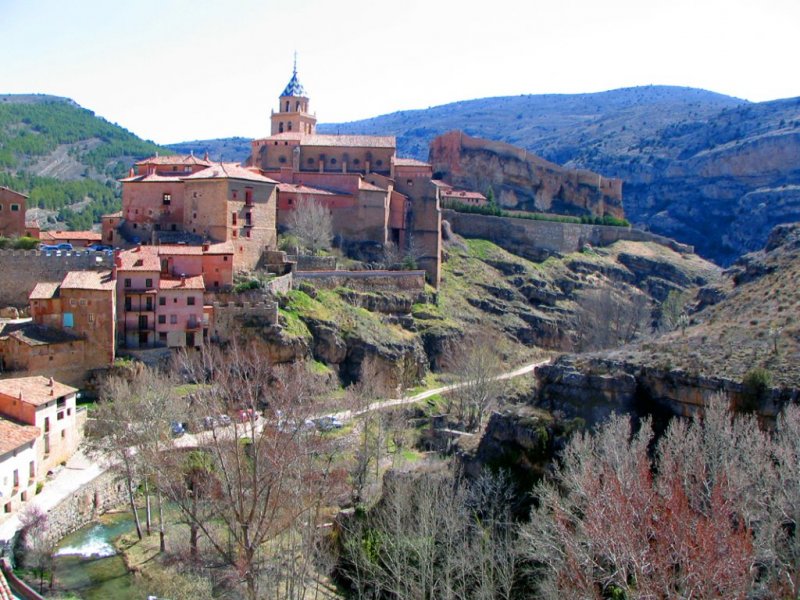 View from our room.

The cathedral was closed when we visited but the castle ruins, museum and parish church of Santiago were all open and worth a visit. Wandering the streets provided us with many photo opportunities. Unique door knockers were on every building and there were interesting tower and chimney decorations.

The area provided us with many walking opportunities. The trails are well-posted and maps are available at the tourism office. This website also provides good information: https://www.wikiloc.com/trails/hiking/spain/aragon/albarracin . If one travels in early Spring (February/March) it is advisable to dress in layers. Mornings start off cool (around 5 C.) but by noon temperatures are pleasant. Prehistoric rock art is easily accessible in the Pinares de Rodeno/Abrigo Prado del Navazo natural area just outside of town.

It is an easy drive into the City of Teruel to view its mudejar architecture and the museum/tombs of lovers that are promoted as the "real" source of the Romeo and Juliet story.

We found a little knowledge Spanish helped a great deal. Few people spoke English. This was particularly true in smaller towns outside Albarracin. 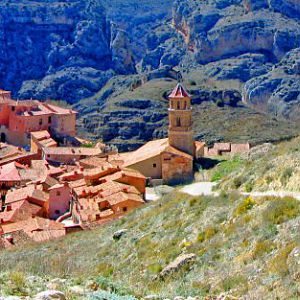 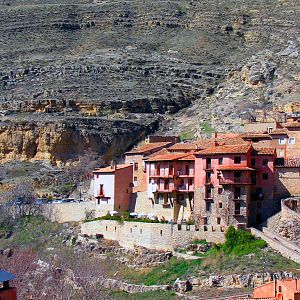 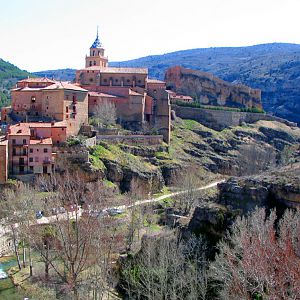 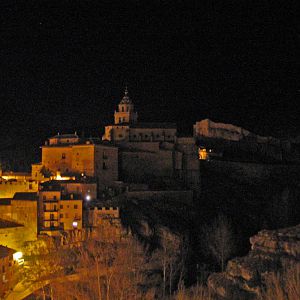 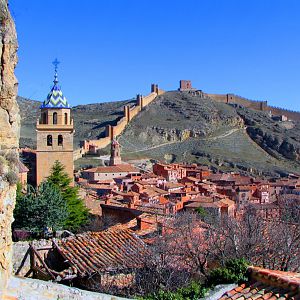 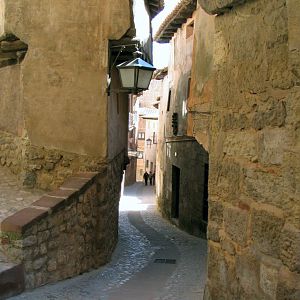 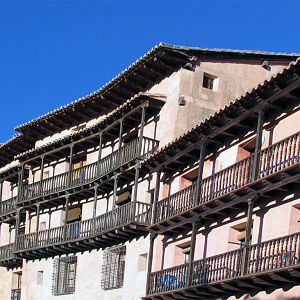 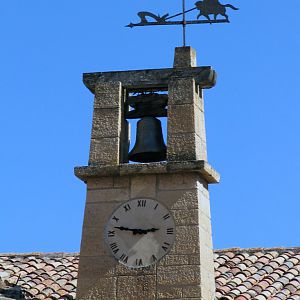 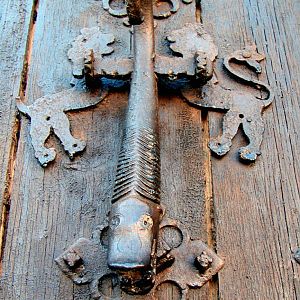 Albarracin in the Province of Teruel

views of a village voted one of the "most beautiful" in Spain
Last edited by a moderator: Feb 21, 2021
Click to expand...