During the heatwave of July 2018, we spent a week at 'Teach Mhicí' (Mikhi's Cottage) on the coast of Donegal (near Dooey Beach). Although we were hoping for atmospheric, moody and rainy Ireland to escape from the heat of a summer in Georgia, we couldn't complain too much about every day but one of our three-and-a-half week trip being sunny, especially in a cottage like this by the beach...by our own little beach.

We loved this cottage. It is exactly as pictured, and sitting on the rocks, on the beach, or on the bench by the beach, listening to the tide come in and out, was incredibly serene. Here's a link to a few pictures and a short video of the cove on a zero day (click to the last picture in the post for the video). The tiny bit of sound you hear isn't cars; it's the water. It was so incredibly quiet there.

The queen bed in the master bedroom was perfect for the two of us, and there is also a loft with a bed if you have children (although it is a steep climb up a ladder to get to the double bedded loft). The small kitchen was equipped with everything we needed, and the shower had great water pressure and ample hot water. The only thing missing was a hair dryer.

One thing that's important to me in a holiday cottage is a comfortable sofa: this cottage had two so that we could stretch out in the evenings and read without bothering each other. There is a washing machine, and you can hang your clothes to dry on a line outside (there were clothespins when we stayed there). Basics like dish soap, wraps, and even clothes detergent were provided, but toiletries were not. Wifi was mostly solid; there is no TV. Mobile reception was solid from there as I recall. There is another cottage just behind Teach Mhici, but you're only aware of it when you go out to get in your car. It, too, is owned by UTT (see below) and can be rented out.

Teach Mhicí is off a winding one lane road, about 1.5 miles from the local pub. It was so warm (80s--roads were melting!!) that we didn't try walking to the pub, but we did drive down there for a pint a couple of nights to watch the World Cup matches. A few very nice locals were there while we watched a World Cup match. The town of Dungloe is nearby (about a ten minute drive) and has a Lidl, Aldi, Supervalu, and pubs and shops for the locals.

Dooey Beach, a wonderful 5K beach to walk on, is a solid walk from the cottage, past lots of sheep and cows. We felt like we had the beach to ourselves for the most part, even on the warmest days. There are also two places to swim right at the cottage if it's warm enough. We actually did go for a swim one day--it was chilly, but no wetsuits required! We also travelled all around Donegal while we were there, hiking at Slieve League; visiting Donegal town and Donegal Castle; hiking around Glenveagh National Park, and poking around Father McDyer's Folk Village.

The owner of the cottage, Dr. Greg Stevenson, is an architectural historian and also owns Under The Thatch (UTT), which rents out Teach Mhici. He actually lives about a mile down the road and is restoring/building a few homes nearby. He restored this cottage (among so many others) and took great care to keep the Irish vernacular of the building intact. We chatted a few times with him and his young son, Mhici. Interestingly, while we were there, a family from California knocked on the door--the grandmother had lived in the cottage when she was a girl, and she wondered if she might see the cottage. We obliged, and she was shocked at how it had been renovated and described what it was like with outdoor plumbing and only two rooms.

I highly recommend this cottage to absorb the absolute peace and quiet of Ireland. We loved every minute of our stay there, and while we don't tend to return to the same place twice, I would definitely seek out another UTT property--they have loads of them in Wales (which is where Greg is originally from) and a few in Poland and Spain. The ethos of the company is to "rent out fabulous, quirky places to stay and put profits into historic building rescue projects across the continent" according to the website. They've definitely done a great job of that at Teach Mhici! 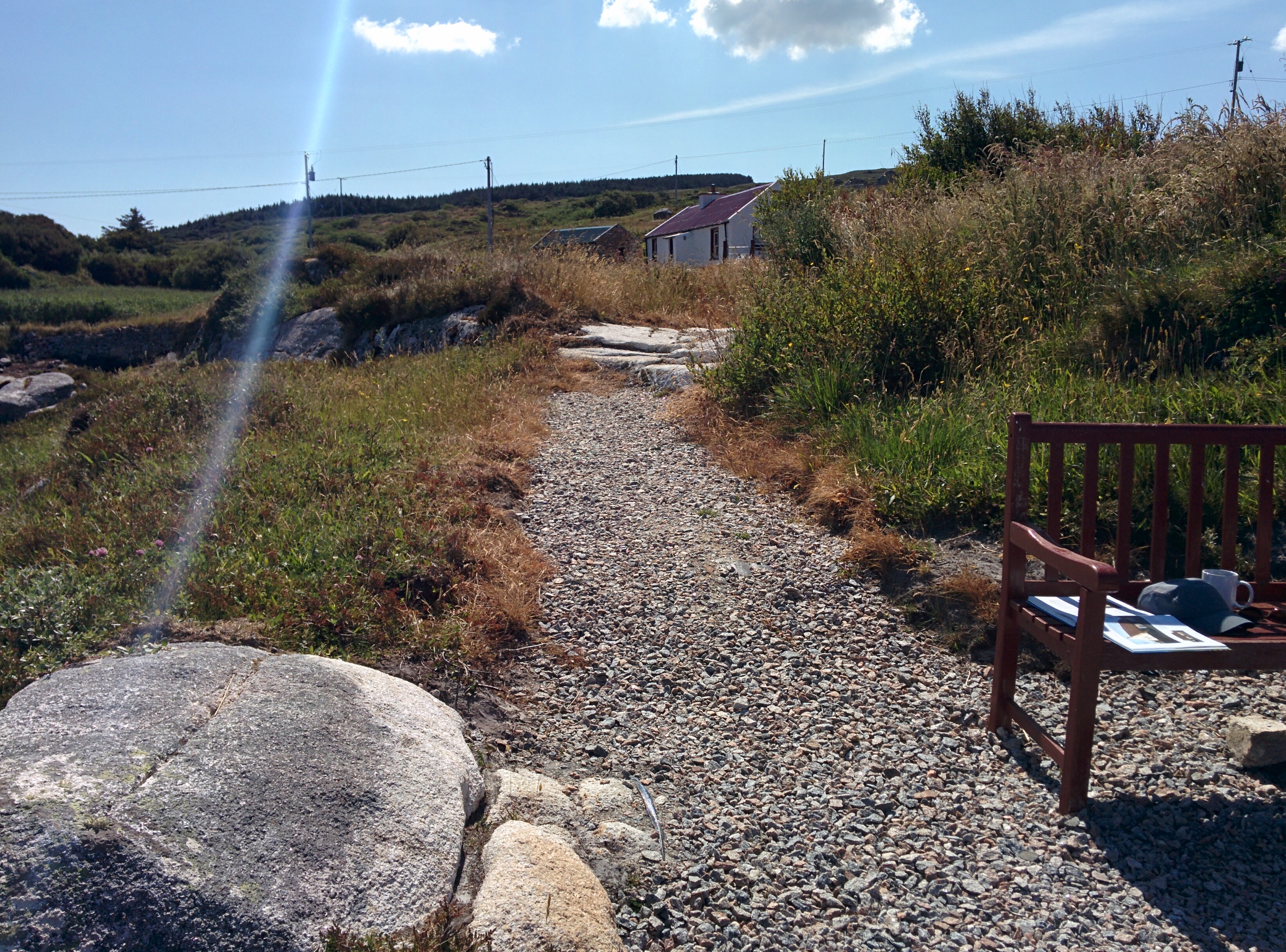 View from the cove towards the cottage. There is a very small road you cross to get to the cottage from here. Very few cars; just the locals who live in this area. And sometimes cows. 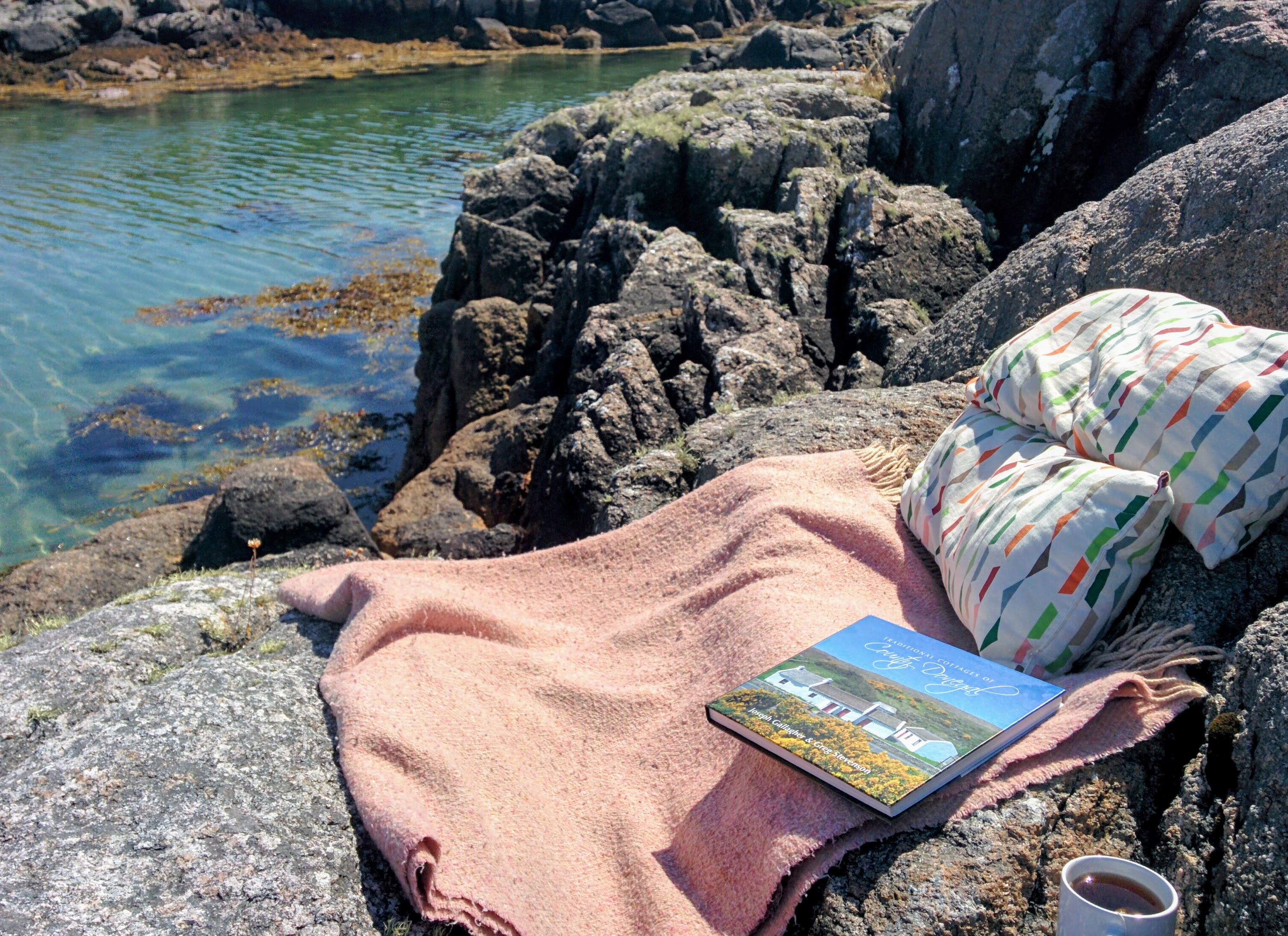 I made a reading nook in the rocks--it was actually quite comfortable!! The book is one that Greg and another author collaborated on about traditional cottages of County Donegal. It was an interesting read, and I learned a lot about Donegal cottages.
Last edited by a moderator: Oct 25, 2018

I love Donegal and much prefer it to the more touristy Kerry. This cottage sounds wonderful.
http://wasleys.org.uk/eleanor/index.html

Great review, thanks! I've looked at the Under the Thatch website many times when dreaming about vacations. I think we will try one next year!
Pauline Kenny - forums administrator
Slow Europe - Instagram
You must log in or register to reply here.
Share:
Email Share Link