Our time in England was absolutely lovely.

London
I was on my own for 3 days while my husband worked. It is so easy to get around either on the busses and tube or just walking. I used Apple Pay on my watch for the first time, to pay for TFL and now I use it to pay for everything. Not having to take out your wallet or even a phone feels safer while in a new place. Even walking directions are on the watch, with a buzz when it’s time to change direction. TFL automatically keeps track of trips in a day and charges only a max so same as a pass I think. I wore a mask on the tube and in crowds but not many did.

Visited the V&A and Tate Modern and shopped on my own, and we visited St Paul’s and the National Gallery together. On my own for most dinners which isn’t my favorite but the hotel had good, if somewhat pricey, restaurants. The Huxley Southwark. Great views from the rooftop. I also had the best french fries ever at Doggett's Coat and Badge Southwark with a pretty good burger. London was getting decked out for the Jubilee so some areas like Buckingham palace were blocked off, but the Mall looked great lined with banners.

I picked up a years supply of my favorite tea -M&S fair trade Gold. I can buy it in Canada but at 4 times the price. Plus chocolate, ginger snaps and Opihr Gin which I can’t find at home. The Ophir gin was also available at the airport duty free for a bit less. 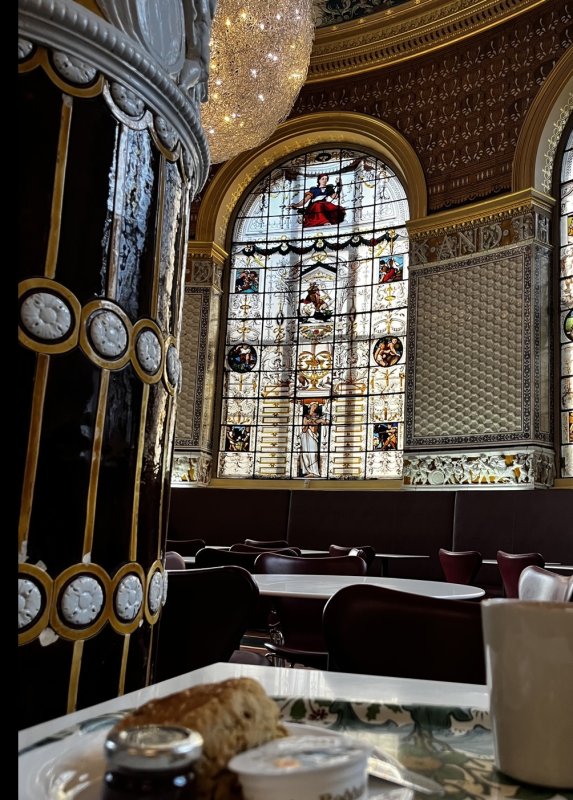 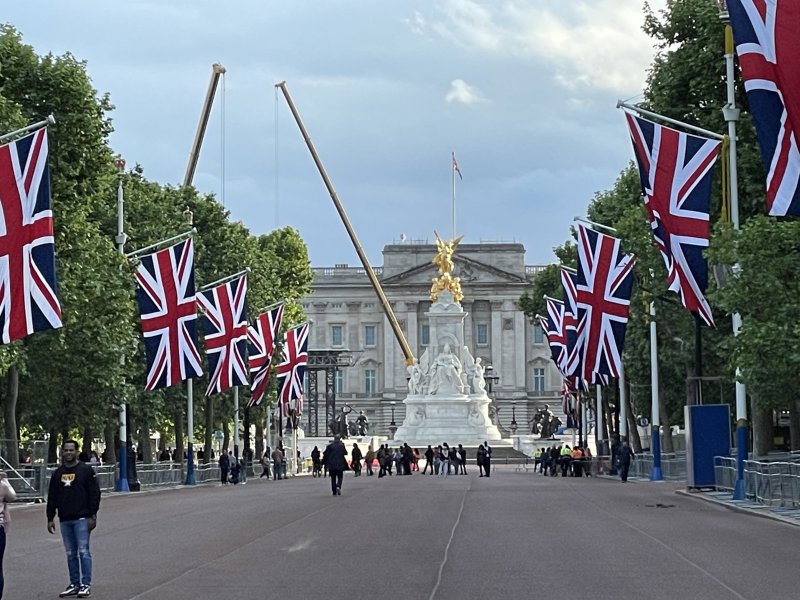 We picked up the rental car at Heathrow. We were confused as to were to go once arriving on the express from Paddington so headed to arrivals area and soon found signs. We took a taxi from the hotel to Paddington and as it was a Sat morning traffic was very light. Might have been worth it to taxi all the way to Heathrow but we had purchased return express tickets on arrival.

The car rental Avis is off site so you need to take a shuttle. Pick up was then easy as I am a Preferred member so straight to the car. The lines were not long in any case. Overall the experience at Heathrow for arrival and departure was good, though some very long walks to get around. Very organized and lots of help if you need it. Toronto airport was chaotic and most decidedly unhelpful and miserable without Nexus to avoid the long security lines.

We missed an early exit off a roundabout exiting Heathrow and had to loop around Hounslow for about 30 min to pick it up on the second try. I am still am amazed at how we managed driving anywhere before GPS. (We would get lost a lot and argue in the car in the answer)

We had a later than planned start, took longer at the airport to get to the car rental and had longer drive just to get out of the airport area so we decided to skip Tetbury and head straight for Chipping Campden. Traffic was quite slow at times and it took several hours. Oh but was it worth it! These are my dream views of rolling hills and countryside. I watch Escape to the County regularly and I heard Alistair’s voice in my head asking me what I thought the mystery house would be.
Last edited: Jun 3, 2022

Chipping Campden and the Cotswolds

Chipping Campden was a great base. We visited Broadway which has a few more shops and restaurants I think and would also have been a great base. The cottage we rented was perfect. Wyncliffe from Character Cottages. They stocked with milk and butter, seasonings and oil, and some cakes. There were good shops for meat and produce and a coop for basics. We only cooked one dinner and breakfasts/snacks so more than adequate for us.

I found yarn at a shop in Broadway. Cotswolds undyed wool. Maybe I could have found some for less in London but the shops were too far away by bus.

The highlight was the gardens at Hidcote Manor. Snowshill Manor gardens are smaller and quirky but not as well kept and not much in bloom on our visit. Snowshill for most picturesque village and Broadway had the nicest high street. Broadway tower or Hidcote garden Long Walk had the grandest view, though so many views just from the road driving village to village. Burton-on-the-water was pretty but omg the tourists from coaches walking as one mass practically trampled us. Stow-on-the-wold looked like it had some good shops but it started to rain and then hail so we did not stay long.

Tea and dinners were fine everywhere though nothing stood out as exceptional. The cafe at V&A was an extraordinary space. Note: Flapjack is not a pancake. My eyes are opened as to what a crumpet should taste like.

I think we will get to go back again in the fall, so we can maybe stay for longer. 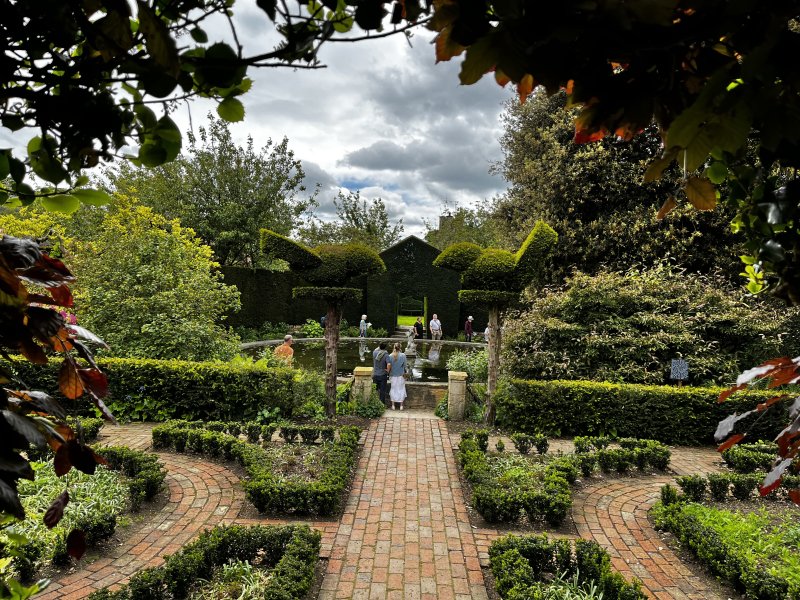 Ellesee said:
I found yarn at a shop in Broadway. Cotswolds undyed wool.
Click to expand...

Good for you! I’ll look for it next time we are there.

Thanks for the trip report. I edited your posts to make the photos full size. I was happy to read how much you liked the Cotswolds. It really is a great area.
Pauline Kenny - forums administrator
Slow Europe - Instagram

I'm heading to London July 10th! 5 nights and then meeting up with @Kathy for my 3rd Cotwolds Experience. We are based in Chipping Campden, staying at the fabulous Lygon Arms. I'm really looking forward to returning to Hidcote, Kiftsgate and who knows where we'll go! (and sticky toffee pudding)!! I'd move to the Cotswolds if I could.

Pauline said:
Good for you! I’ll look for it next time we are there.
Click to expand...

Sew U Knit Crafts is an independent wool and embroidery shop stocking yarn for knitting and crochet, a huge range of accessories and patterns, as well as various craft kits for children & adults alike.

Tiny shop with very helpful staff. The wool is too nice for my knitting skills.
You must log in or register to reply here.
Share:
Email Share Link