We recently watched the three Godfather movies. We've seen them all several times. They are so good! I love the scenes in Sicily. There is a town named Corleone in the mountains above Palermo, but they filmed the Corleone scenes in towns near Taormina.

"Since Corleone, Sicily, was too developed even in the early 70s to be used for filming, the Sicilian towns of Savoca and Forza d'Agro outside of Taormina were used instead. This is where you'll find Bar Vitelli and the church Michael was married in." from The Godfather Trilogy Sicily Scenes.

In The Godfather, Part III there is a scene in Bagheria, a town south of Palermo, but they film the arrival on a country road near the Segesta Greek Temple which is inland, east of Palermo. I took this screen snap showing Segesta in the background. 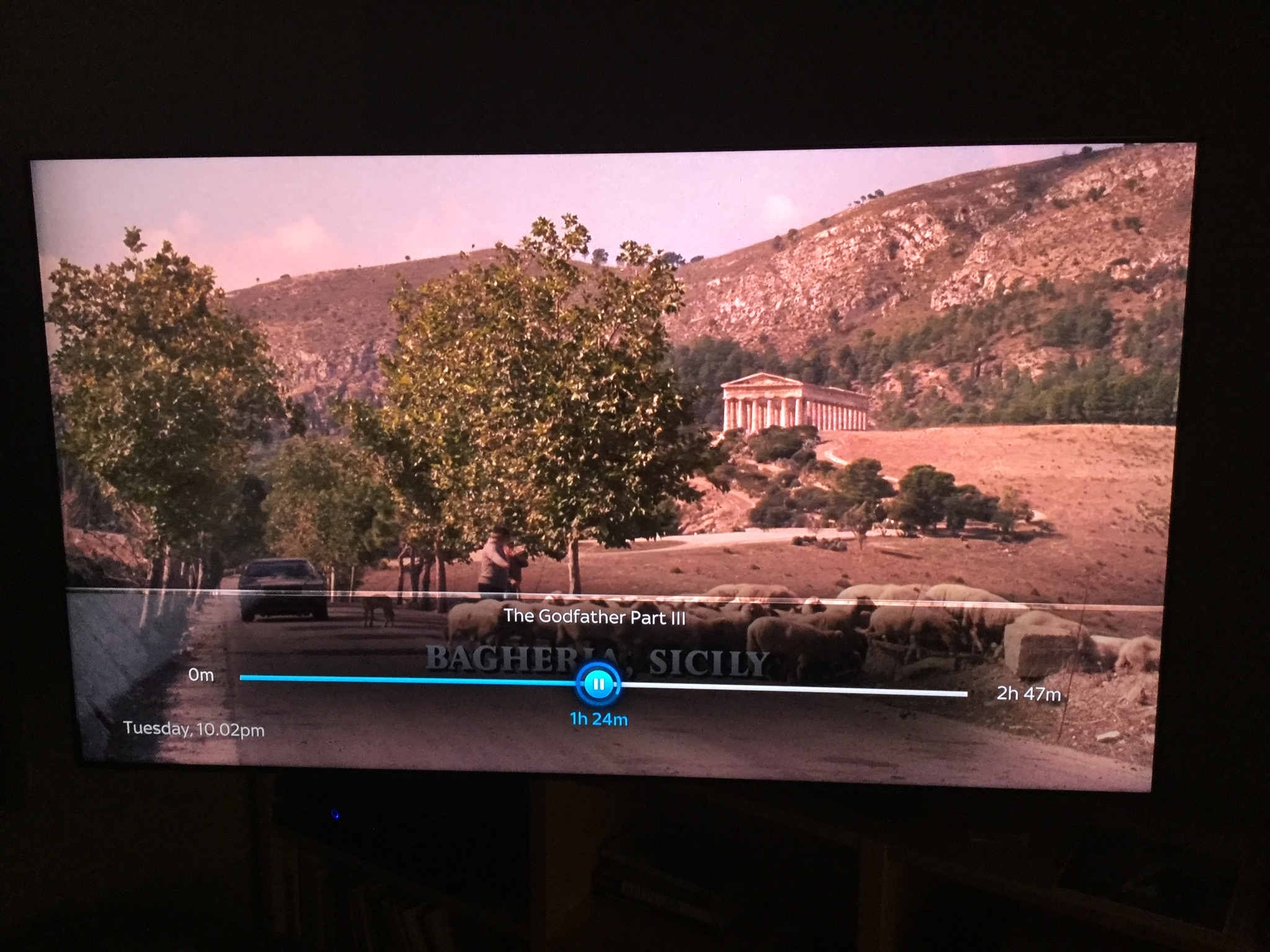 Here is my photo of the temple from a distance, from our visit. You can see where they would have filmed that scene. Contest 2019 Winner!
Love the Godfather films....whenever I happen to hit on one while channel surfing, I invariably get hooked.

We have been to Savoca and Forza d'Agro.....nice side trip if you are staying in Taormina.

Just for geographical accuracy, Bagheria is to the east of Palermo....the Tornatore film Baaria (Bagheria in Sicilian slang) is a multi-generational look at the growth of the town.

My paternal grandparents were born in Bagheria - and next year I plan on finally visiting. Some distant cousins still reside there.
H