The Queen has died, long live the King

Everyone is probably aware by now that Queen Elizabeth died on Thursday and King Charles III is now the King of England. I was wondering what this new era would be called.

King Charles I reigned from 1625 to 1649, and King Charles II, from 1660 to 1685 (there was a bit of a difficult time between them). An article I found said these were called the Carolean eras (from the Latin name for Charles, Carolus). But I’ve never heard of this. They were both in the Stuart era according to my research. 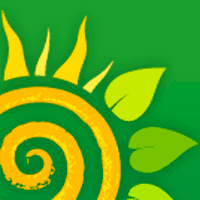 Names of historic eras in Britain. Historic eras are visible in the present day through their architectural remains. We experience the layers of history when we stand in a prehistoric stone circle in Wiltshire and look over to our car parked on the nearby road. Most of the United Kingdom has...

We are not in England right now but it seems like many things are closing down for a 10-day mourning period. The day of the funeral will be an official holiday.

For people in the UK now, are things other than sporting events being cancelled?
Pauline Kenny - forums administrator
Slow Europe - Instagram

Mixed picture, apart from the obvious closures of royal residences.

https://www.theguardian.com/uk-news/2022/sep/09/queen-funeral-will-there-be-bank-holiday
"Outside they found a lovely cariage lined with olive green cushons to match the footman and the horses had green bridles and bows on their manes and tails. They got gingerly in. Will he bring our luggage asked Ethel nervously.
I expect so said Mr Salteena lighting a very long cigar.
Do we tip him asked Ethel quietly.
Well no I dont think so not yet we had better just thank him perlitely." (Daisy Ashford, The Young Visiters)

My blog | My photos | My video clips | My Librivox recordings
"too literate to be spam"
You must log in or register to reply here.
Share:
Email Share Link