Names of historic eras in Britain.

Historic eras are visible in the present day through their architectural remains. We experience the layers of history when we stand in a prehistoric stone circle in Wiltshire and look over to our car parked on the nearby road. Most of the United Kingdom has been settled since Prehistoric times and all the historic eras have left something for us to see.

Many guidebooks describe a time period as "Georgian" or a church as "Norman with a Perpendicular tower" assuming the reader knows these terms for historical periods and architecture. The main periods of history and architecture in Britain are listed below.

Timelines Through British History and Architecture

Roman, AD 43 - 410: The Roman era started when Emperor Claudius ordered the invasion of Britain and lasted for nearly four hundred years until the Romans removed their troops to fight in other parts of the empire. London, Cirencester and Bath were large Roman centers and have Roman remains (Roman Baths in Bath, Corinium Museum in Cirencester, Chedworth Roman Villa).

Anglo-Saxons, 410 - 1065: After the Romans left, the Anglo-Saxons and Vikings invaded. There are only a few Anglo-Saxon remains left.

Normans, 1066 - 1154: After the Battle of Hastings in 1066, won by the Duke of Normandy (France), four Norman kings ruled the country - William I and II, Henry I, Stephen. The Domesday Book, a record of English land-holding, was published in 1086. Many British churches have Norman origins and some of these parts remain (Malmesbury Abbey). Norman architecture is also called Romanesque.

Many of the Cotswold Wool Churches are in the Perpendicular style (Cirencester, Chipping Campden).

Tudors, 1485 - 1603: The Tudor Kings and Queens are Henry VII, his son Henry VIII and his three children Edward VI, Mary I and Elizabeth I. Jane Grey ruled for a brief time after Edward VI. Tudor architecture shows in the distinctive black and white timber/plaster houses built during the reign of Henry VIII. There are good examples of these in Herefordshire, with a few remaining in the Cotswolds. The Elizabethan period is the end of the Tudor era, during the reign of Elizabeth I (1558-1603).

Stuarts, 1603 - 1714: There were several monarchs from the Stuart family: James I, Charles I and II, James II, William III, Mary II and Anne. The first part of this era is sometimes call Jacobean, when Kings James I ruled from 1603 - 1625. The Stuart era was interrupted from 1649 - 1659, when Britain was a commonwealth. The time when William III and Mary II ruled is referred to as the William and Mary period. Shakespeare lived during this time (1564 - 1616). The King James version of the bible was written in 1611. The great fire of London was in 1666. Badminton House was built during the late 1600s.

Georgians, 1714 - 1836: The Georgian era kings were George I, II, III and IV and George IV's son, William IV. The Regency Period, from 1811 to 1820, started when George the III's son, the Regent, took over when his father was ill. Jane Austen lived during this time (1775 - 1817). Georgian Bath was built in the mid 1700s. Much of the Cotswolds was built during the 18th and 19th centuries when the cloth industry was flourishing. Many canal were built during this time.

Victorian, 1837 - 1901: The reign of Queen Victoria brought the Industrial Age and the railways. Towns, like Burford in the Cotswolds, that were popular coaching towns, became less prominent when the railway lines did not pass through them. The Arts and Crafts movement was started by William Morris (1834 - 1896). Many churches were restored or re-built during Victorian times. Some of these renovations destroyed parts built in earlier eras but the Arts and Crafts movement lead the way to saving older churches and restoring them to their original style. 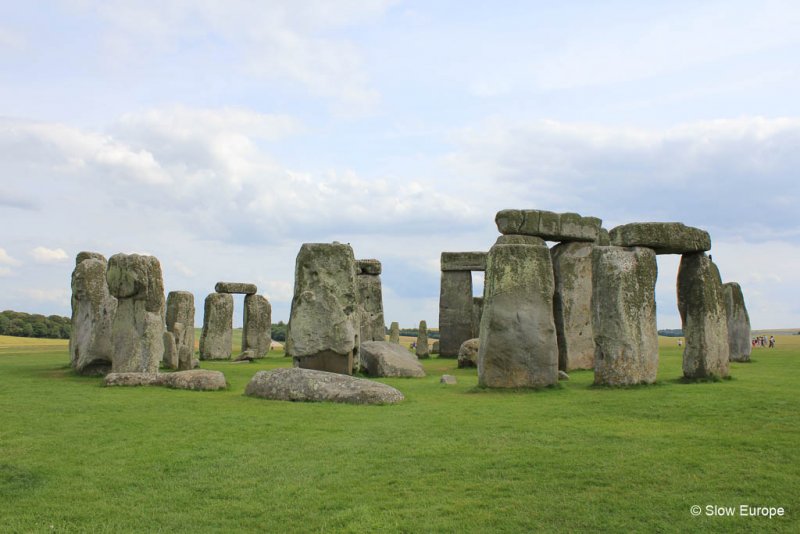