Three years ago while visiting Scotland, old friends asked when we would see them again. I decided if not before, we would do a girls weekend for our 50th this year. A year and a half ago I started looking at rentals on the various rental sites and this was one of the first ones that peaked my interest. I continued on and shortlisted about 30-40 in and around the tuscany/umbria area. With around 9 of us and most wanting their own bedroom, I decided on this villa and was not in the least disappointed.

Spent a week in Scotland and 5 of us then flew from Prestwick to Pisa. One issue I came across in planning stage was that there were limited direct flights going out of Scotland to Italy, so this 6.30 a.m. Ryanair flight was pretty much the only option. Arriving in Pisa we were met by a driver I had had Jacopo, the owner of the villa, arrange for me. Another friend who had flown into Pisa a day or so before, met us at the airport and travelled down with us. Other friends were travelling from Canada, arriving in Rome, and making their way by train to the villa.

As mentioned, the villa definitely didn't disappoint http://www.poderebaiocco.com
As we entered, to the right was a large dining room with small sitting area and tv. In front of this was the large, well equipped kitchen. Continuing through the dining/living area, there were two bedrooms on the right, and one on the left, all with ensuite bathrooms. If you went left on entering the main door, you could go down a flight of stairs to a bedroom, bathroom across from bedroom, full living room and small kitchen. Had you gone upstairs from main door, there was another living area and large bedroom with ensuite, and there was another flight of stairs that would take you up to two other bedrooms that had ensuite bathrooms. The accommodation was very spacious and we never ever felt like we were crowded.

There is another house on the property and we had rented that as well, it was just a few steps from the main house and had 3 bedrooms with bathrooms and two of the party stayed there. The added bonus of having this was that there were pools for each property and the smaller house's pool was warmer than the main one.

I had arranged for owners to prepare a welcome dinner that night and most could have stopped after the appetizer of bruschetta, cold meats and cheese as it was so satisfying, however we all managed to find space for the lasagne, then chocolate ice cream dish that followed. The meal was accompanied by wine that is produced by the estate.

Some of the party chose to have breakfast served which was done in the breakfast room adjacent to the villa. It was 8 euros daily per person and they all were very impressed with it. Each day they advised what time they wanted to eat the following morning and everything was in order for them arriving.

Jacopo does speak some english which was just as well as we had no italian speakers with us. I would email him questions and he responded promptly to all enquiries. We would all definitely recommend the villa and are considering a return in the future.

That looks like a fabulous villa! Thanks for the review! What an amazing opportunity to rent a place like that with a large group.

Sunday we had a lazy early morning then at 11.30 organized transportation arrived to take us for wine tasting with lunch at http://www.salcheto.it/en/ in montepulciano. Interesting organically farmed vineyards. There was a choice of a few lunch menus and we all opted for the same, which consisted of bruschetta, faro salad, Panzanella and tiramisu, along with wine. 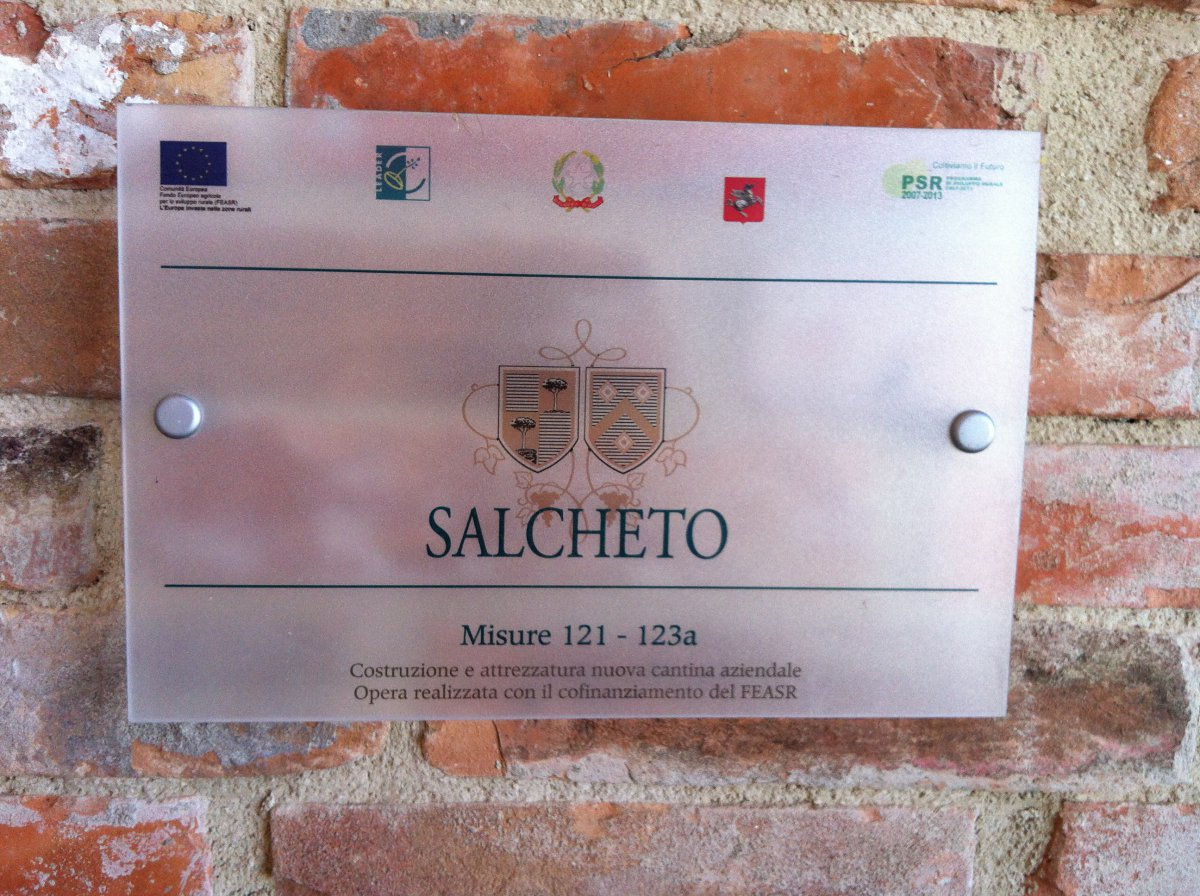 After lunch our driver dropped us of in montepulciano and we walked through town and met him at the bottom, not without incident however. We split up and one group made it down and the other, the ones with the map, managed to get lost and had to call the driver to pick them up. After that we went on to Pienza as the local Pecorino Festival was taking place. This was the stop for the first gelato of the trip. We walked around town then our driver delivered us back, safe and sound, to the villa.

Later that evening, two of the group decided to walk into town and get pizza for the group. It was getting dark but they easily manouevred the path up to the village and stopped some locals carrying pizza boxes to determine where the best take out pizza place might be... Seranella. Coincidentally it was one that my sister had on her list of local places to try, which she hadn't decided to tell us about until after the fact! 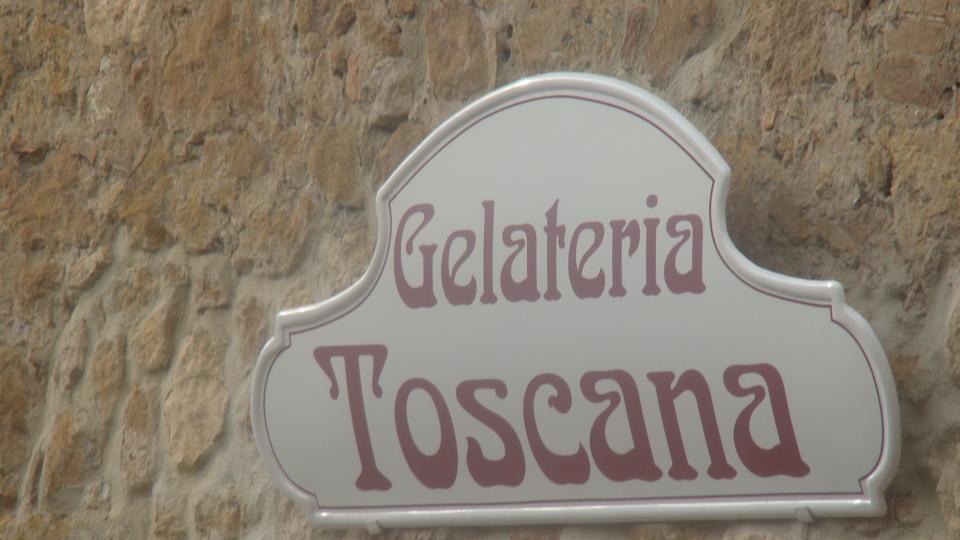 Tuesday 5 of us took a day trip to Roma. I messaged Jacopo on Monday night and asked that he organize a taxi for us and we were picked up promptly Tuesday morning and taken to Chiusi station (15 minutes) for train to Florence. The attendant at the station was pretty slow and although my sister asked several times for ticket to Roma, we discovered shortly before getting of train that she gave us tickets to Florence!! This obviously isn't something that's caught when you validate your train tickets, but fortunately our tickets weren't checked on that train journey.

Having been there before, the only item on agenda was Coliseum as I hadn't managed to visit that last time. Our friends were non comittal prior to trip as to any particular sightseeing they wanted to do as they all just pretty much were prepared to go with the flow. Using, trains, bus and subway we managed to get around and visit Colisseum, walk around roman forum, spanish steppes, trevi fountain (under major construction), St. Peter's square (didn't go to vatican).

Journey back was uneventful although noticed the stations weren't always announced so had to really pay attention as it was dark and difficult to see station names. Arriving at chiusi it was easy to get a cab back to the villa.

Next day trip was florence and again jacobo organized transportation to the station and we had an uneventful train journey into florence.

On arrival we headed to patisserie across from station for coffee, pastry and toilet break, the toilet being an experience all on its own! It was a rainy day so lots of impromptu vendors selling rain capes and umbrellas which some bought. We then split up as some wanted to do the HOHO bus and some wanted to walk.

Lunch time we all met up again at the duomo and found a restaurant nearby. After that we again split up and those of us walking headed across the ponte vecchio and up the hill to piazza michelangelo as i knew the view was worth the hike.

We met up at 7 at train station after a very enjoyable day of sight seeing and shopping, despite the weather.
You must log in or register to reply here.
Share:
Email Share Link