Cradled in the rocks among the jutting peaks of the Dolomiti Lucane, Castelmezzano leaves you breathless. The first glimpse of this stone town charms and beckons. At night it's downright alluring with a hazy glow and floodlit rocks; it looks like a life-size nativity scene. Despite its small size - under 1000 inhabitants - it draws thousands of visitors every summer for its high-flying zip line, the Volo dell'Angelo.

Location: Italy - Basilicata - Potenza - Castelmezzano
Castelmezzano is high in the hills above the Basento River, but a newer road and tunnel have made it much more accessible. Take the Albano Lucania exit from the Basentana highway and follow the signs.

The town is mostly pedestrian with one main street and lots of alleyways and staircase "streets" leading off from it. You'll need to leave the car outside the historic center. There is a car park on the edge of town (two levels). You'll find a couple of good restaurants here along with a couple of food shops in you prefer to pick up goodies for a picnic. There is a picnic area in the woods nearby and plenty of trails in the countryside to enjoy the views and fresh air. 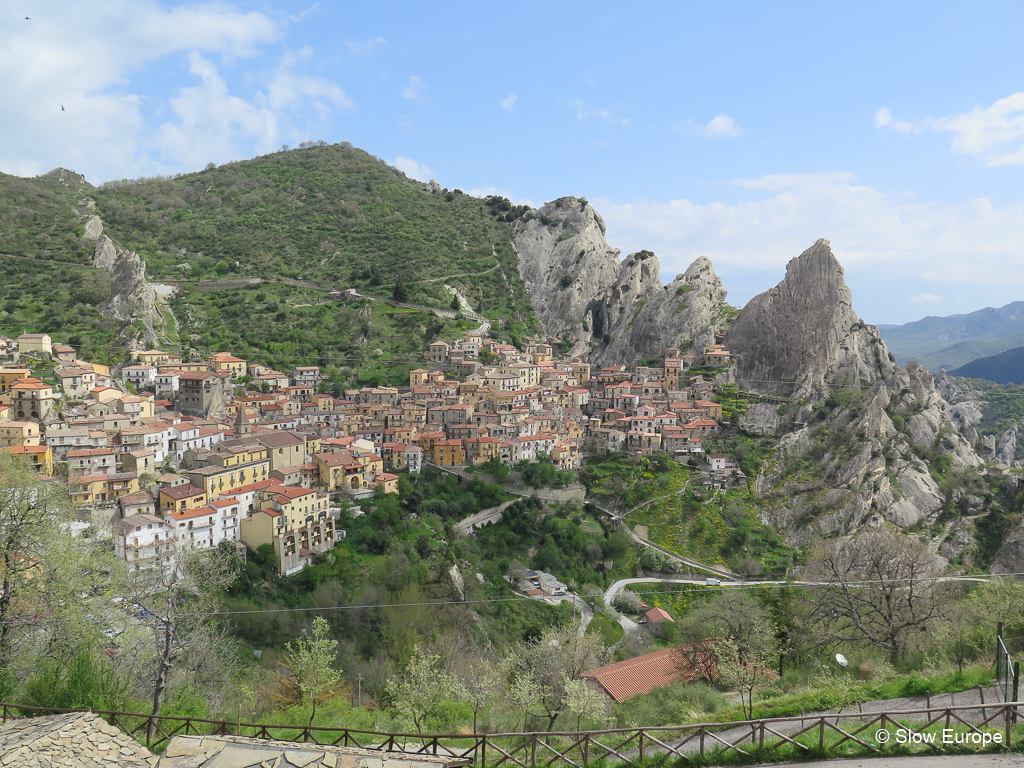 The town is built into the rocks near the top of a mountain.

The very sight of Castelmezzano exudes mystery and antiquity. The town was a Norman stronghold named "middle castle" because it was between the two castle fortresses of Pietrapertosa and Brindisi Montagna. Founded by folks who were fleeing Saracen raids down the valley, they couldn't have chosen a more isolated spot to settle among the crags and clefts of the rocks. It remained in a world almost of its own until after WWII when the road was built. Before that, mule paths connected it to other towns.

Today, it remains connected to Pietrapertosa, another dramatic stone village across the gorge, by way of the Volo dell'Angelo, a high-wire, high-speed zip line. (Reserve online in advance during the months of July and August, when it draws peak crowds.) Less adventurous folks can walk the trail, a former mule path, that leads down to the gorge then back uphill to Pietrapertosa. The trail is called the Sette Pietra (seven stones) and has seven sculptures along the way.

Castelmezzano strings along the mountain following the natural curve the landscape, with archways, steps and lanes to explore. It's very charming. Walk all the way along and then uphill toward the crest where you can see the old footholds in the rock that once led to a look-out point. From the ridge you can look east and on a clear day see the Ionian Sea.

The main church in the piazza looks ordinary but hides some Templar symbols. Castelmezzano doesn't have "tourist sights" but has a lot of Old World atmosphere and you'll easily see why it's been named one of the "prettiest villages in Italy" (i borghi piu' belli d'Italia). 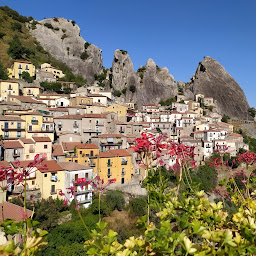 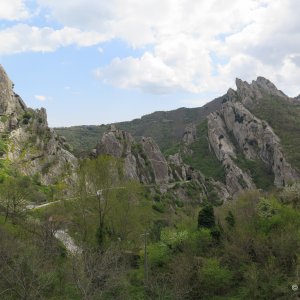 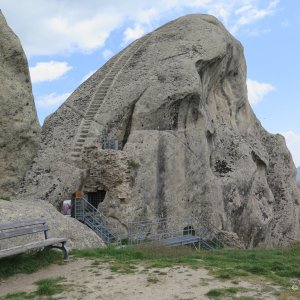 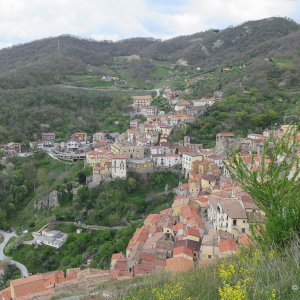 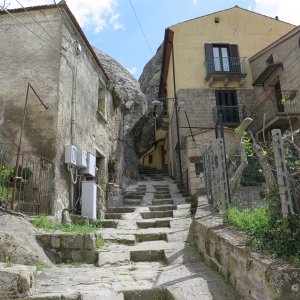 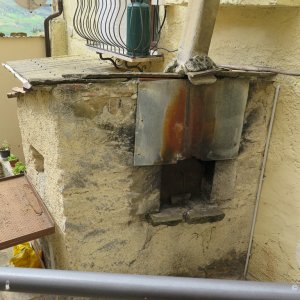 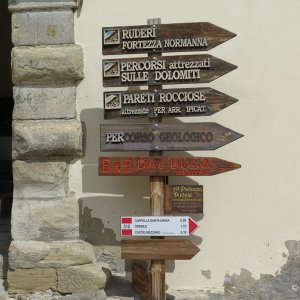 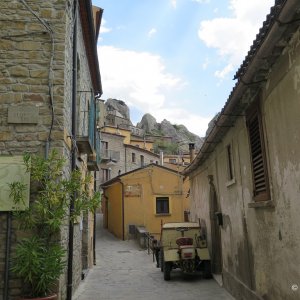 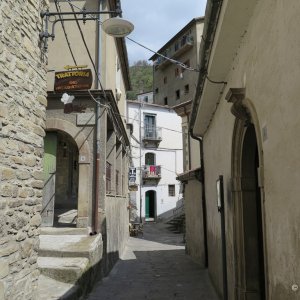 Cradled in the rocks among the jutting peaks of the Dolomiti Lucane, Castelmezzano leaves you...
Click to expand...

100+ Posts · From Basilicata, Italy
Valerie Fortney Schneider is a freelance writer, who lived in New Mexico for twenty years before trading the high desert for the medieval hill towns of Italy in May, 2006. She was a regular contributor to Slow Travel, pens travel agency newsletters, and has written for Arthur Frommer's Budget Travel.

She and her husband, Bryan, currently reside in Basilicata where they do geneology research and help people discover their Italian roots at My Bella Basilicata. Read her 2020 book 52 Things to See and Do in Basilicata for more information about this area.

Trip Reports:
Living Slow in Italy
The Roman Holiday Holiday
Climbing the Family Tree In Basilicata's Hilltowns
You must log in or register to reply here.
Share:
Email Share Link