Contest 2019 Winner!
BBC and Starz will show this new series--Dublin Murders--based on the first two Tana French novels, In the Woods and The Likeness. Can't wait...

Fans of Broadchurch and The Fall rejoice: there's a new crime thriller to get excited about.Deadline reports Starz has bought U.S. rights to
www.bbcamerica.com
M

Me, neither! I love Tana French. Oh wait, we don't have either BBC or Starz. Will have to wait for the DVD to be available through interlibrary loan.
J

I'm watching it now. I was a bit confused at first as I had read the books some time ago and finally got "with it". Maybe I'm watching too many different shows at once? I only allow myself a couple of hours an evening but still, I get bored with the screen! And I do find that I can only take so much "dark" material while sheltering in place. How about y'all!?

I watched the episodes until "Lexi" and then, just can't get back with it. I love the books. I think it's just too dark for me. I've had trouble watching "Ozark" and really loved it until this season. I've been home since March 13. So, yes--I think it's the mindset.

As for Starz -- have you watched "Outlander?"
Cameron
Defining Your Home, Garden & Travel blog

Cameron, I watch the first 2 seasons of Ozark when it was first out but it stopped being of interest for me after that. Yes, I watched Outlander and am still watching. I loved the first several seasons and can honestly say was a bit obsessed with it. The last season was just OK for me so I think I see a pattern here. My attention span!!!

Watching "Anne with An E". They did a great job with the casting....And though it does create some angst, it's not dark like the others we talked about.

Interesting... just getting back here. I’ve realized I have no interest in watching the Tana French series. These British shows —- unless exceptionally brilliantly cast like “Unforgotten”—— are maybe just too dark.

Me, too, Tana French. I read the two books and tried the DM but just couldn't go on after the first one. Glad it wasn't just me.......

Contest 2019 Winner!
I am a big fan of British crime series and have watched them for years. But we could just not get into Dublin Murders. My husband, who is less patient than me, was ready to give up after the first episode but we pushed on and gave up after the second. I just did not enjoy it and life is too short.
One problem which I have alluded to before, and is probably confined to us, is that as Australians, we find it difficult to understand some broad English/Scottish/Irish accents. After several " What on earth did he/she say ?", we get sick of it unless we are really engaged. And we were not.
The use of traveling is to regulate imagination by reality, and instead of thinking how things may be, to see them as they are. Samuel Johnson.

I think, too, at least for me, the series combined two books and I'd read both. It was confusing to integrate the two stories. oh well. On a side note; I am loving The Good Fight, which I resisted because it was a spin off from network tv. But it's quite well written, humorous and has actual depth to it on the streaming streaming platform. 'Nuff said.
J

phirhon said:
One problem which I have alluded to before, and is probably confined to us, is that as Australians, we find it difficult to understand some broad English/Scottish/Irish accents.
Click to expand...

Have you tried watching with closed-captions? Makes a big difference in my opinion....

I loved the books but couldn't get into the tv show at all.
Read about our life in Italy
You must log in or register to reply here.
Share:
Email Share Link 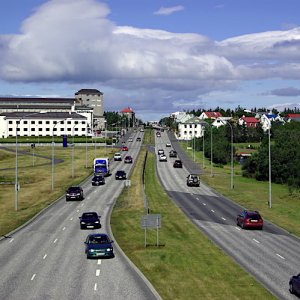 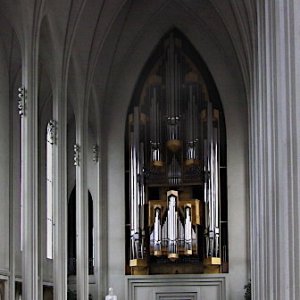