The daily news all week has been showing scenes of packed beaches, nightlife and people generally ignoring the mandatory guidelines to control COVID. There is also no obvious enforcement by the authorities. Unfortunately it is starting to look like all the sacrifices and hard work we did here will be ruined for some summer fun. We had more confirmed cases yesterday than since June!

Today is Ferragosto, the biggest summer holiday, and I would expect to see the upward number of cases to increase in the coming days. A lot of people seem to be treating it like it was 15 August 2019
My Bella Basilicata genealogy

Italy’s new cases per day is much lower than the UK and France. The UK still has the highest death numbers. The UK just started a quarantine on people coming into the UK from France (and Malta, Netherlands). A few weeks ago they included Spain.

Our beaches in the UK have been crowded too and our holiday areas are busy. But our heatwave is over and it is raining today, so that will stop the crowds.

I see Facebook posts from my Italian friends that seem to show social outings with no masks, no distancing, no worries. Then talked to a friend yesterday who was saying that adherence to guidelines is stringent -- "everyone" is masked and distanced, etc.. All are in the same general region (Lucca and Serchio Valley), so seems very confusing. Next up is our May, 2021, trip and not feeling all that optimistic about even planning for that.

I regularly check webcams around Italy and in wide open spaces such as Piazza Navona and Piazza del Campo generally you see people without masks. However, since there are so few people, family groups can be together and still keep a social distance from others. On the other hand, when you look at the Trevi Fountain where more people are in a much smaller space, you do see most people wearing a mask.
Paul

It does seem that different regions are responding differently to compliance. Or maybe it's just that tourists coming from abroad are less compliant, as is the case here in San Diego. But Umbria and parts of northern Lazio seem to have few cases and more careful. At least that's what I'm hearing from my contacts there.
I'm crossing my fingers and toes that October will be OK for US entry. I'll be the first one there......
ciao,
Cheryl
www.italianexcursion.com

We HAD to go to MIlano the end of July for some special testing and drove up the A1 and when we came back we came down the Adriatic side on the A14. We have been to the Costa Amalfitano and to the northern part of Puglia in the past few weeks. In all of these areas we have seen a wide variation of compliance and very little enforcement. We are always aware of our surroundings and wear masks as recommended.

As of today masks are required everywhere from 6PM to 6AM and the "night-life" venues closed. Again, will be interesting to see how this works.
My Bella Basilicata genealogy

An article in The Guardian (UK) today echoes your opinion Bryan. 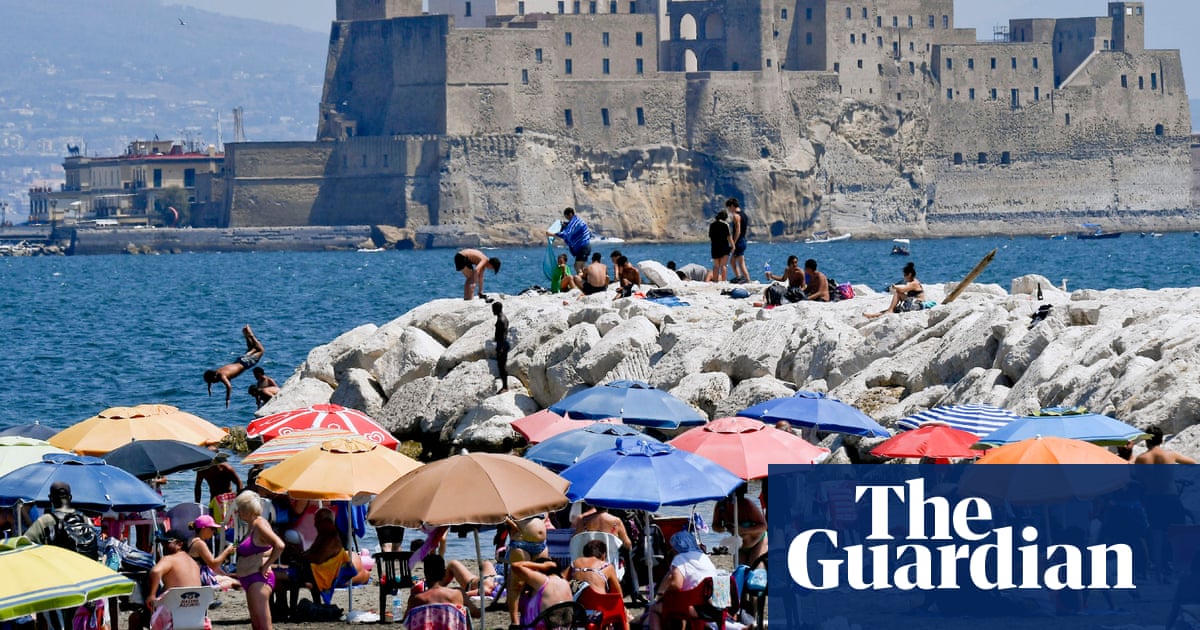 From the article: The majority of people who have tested positive in recent days are young holidaymakers returning from Greece, Spain, Malta and Croatia. For this reason, last Friday the government obliged arrivals from these four countries to be tested for the virus. Rome said it was also considering adding France to the list.
Pauline Kenny - forums administrator
Slow Europe - Instagram

Yes, I saw/heard from friends about this. Early intervention is necessary. On the other hand, one of my friends who owns property there said she spoke with Italian attorney yesterday who said if one can show proof of ownership, quarantines, takes a private car from the point of arrival and a test, they can enter. That's what I imagined would be the case, so I may still make it.........My region is still low in cases. And in fact, I'm happy to report that San Diego County got taken off the hot list yesterday even with all of the vacationers still around. We shall see what happens after Labor Day.

I'm confused as to why they aren't testing people coming the UK, though, since the numbers and deaths are so high there. The next few weeks will bring higher numbers as things shake out from the Ferragosto week. A great number of Italians came south; Puglia was practically sold out, and Maratea didn't have a single hotel room available, they reported on the local news. Cilento, Amalfi Coast, the islands were all packed, reportedly. They can blame people returning from other countries but I think it's being spread from within at these vacation spots, as well.
My Bella Basilicata
Author of 52 Things to See and Do in Basilicata

At this point it seems like deaths per capita or per country does not matter when deciding which countries to allow in, only current new cases. But this must depend on the amount of testing being done.

The advice here is don’t travel internationally unless you are able to do a 14 day quarantine on return.
Pauline Kenny - forums administrator
Slow Europe - Instagram

Pauline said:
An article in The Guardian (UK) today echoes your opinion Bryan.

From the article: The majority of people who have tested positive in recent days are young holidaymakers returning from Greece, Spain, Malta and Croatia. For this reason, last Friday the government obliged arrivals from these four countries to be tested for the virus. Rome said it was also considering adding France to the list.
Click to expand...

Which sucks for the thousands of Italians visiting Croatia who are behaving responsibly, often arriving by car, staying in holiday homes or camping, or on their boats. There is no entry check at the Slovenian/Italian border, so I am not sure they will be able to enforce the testing on those returning by car, and I do not trust most young people after seeing what they are up to here on the Dalmatian coast. So once again, its all smoke and mirrors.
GrapeHops Tours
Poptarticus - my sometimes travel blog
J

The seemingly widespread lack of sufficient and/or rapid testing is indeed the bottleneck in many countries. It looks like the rather confused restrictions (or lack of them) is the political outcome of the various gov'ts unwillingness to admit that they have failed, while trying to do as little damage to the economies as possible. The gov'ts are caught between the public pressure to get economies re-started, and the laws of epidemiology, and the result is mixed-up regulations. This embarrassing balancing act that is being repeated in all these countries shows that there is much in need of change in modern national health systems. Not sure if the lessons will be learned, though.

In the meantime, we all should watch our health and prefer the open spaces. With all due respect to the medical people who have done wonders these past months, we had better count primarily on ourselves, it appears...
Last edited: Aug 21, 2020
J

Some people just prefer to stay in denial, more the reason to count only on yourself :

"....Italian health authorities are tracing visitors to the former Formula One team boss Flavio Briatore’s Sardinian nightclub amid fears of a coronavirus cluster after more than 60 confirmed cases were linked to the venue.

Billionaire, on Sardinia’s Emerald Coast, has hosted thousands of guests in August, including hundreds of Italian and international VIPs. On Tuesday Briatore was confirmed to have tested positive for Covid-19 after being admitted to hospital in Milan, according to a statement from his staff.

Briatore harshly criticised the Italian government in mid-August when it ordered the closure of all nightclubs. “This new decree was written by a madman,” he said at the time...." 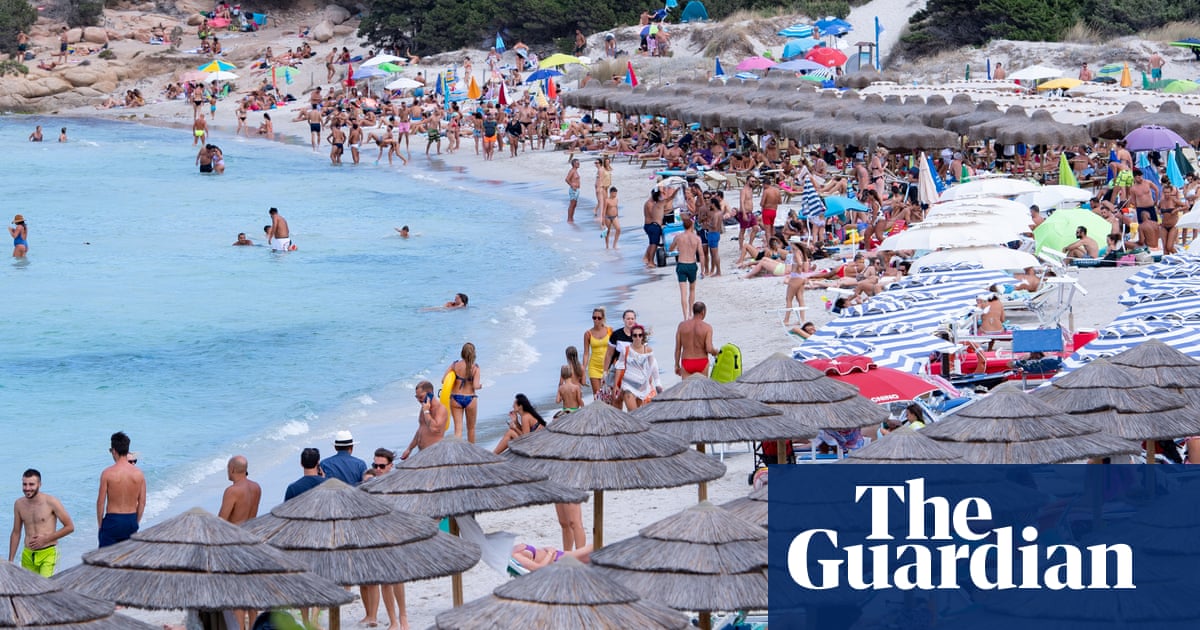 A friend's daughter lives in Sicily and was sick recently. They did not want to test her
because they don't want the stats to show a rise in positive cases which could cause the country to shut down again. Then again, it is Sicily!

Sicily.....a totally different world from the mainland of Italy! and do love it.

Although we have a national health system it is administered on a regional basis so there can be some differences from region to region. In Basilicata they will only do testing under certain criteria (has been that way since the start) but you can have yourself tested on your own and that is included in official stats.

Each day this week has seen a new record of "tamponi" to test for COVID and an increase in positive cases. Our health minister, Speranza, has said there will not be another national shut-down but this can always change. The focus now is on controlling the cases from those returning from their summer vacation and being able to open schools in 2 weeks (there is talk that it might be pushed back another 2 weeks).
My Bella Basilicata genealogy

I read a thread on Instagram where several Americans said they flew to Italy this summer and did the 14 day quarantine. This works if you have a good place to stay and are doing a longer vacation.
Pauline Kenny - forums administrator
Slow Europe - Instagram

Pauline said:
I read a thread on Instagram where several Americans said they flew to Italy this summer and did the 14 day quarantine. This works if you have a good place to stay and are doing a longer vacation.
Click to expand...