Portugal The Roman Ruins of Conimbriga

If one is interested in Roman ruins then a stop at Conimbriga is a must. On a road trip between Porto and Lisbon it is only a short detour off the A1.

The modest museum exhibits artifacts unearthed at the site and tells the story of life in a Roman colonial city.

The site itself was inhabited before the Romans. However, it reached it's zenith under Roman rule in the 2nd and 3rd centuries C.E. It was destroyed around 425 C.E. by the Sueve. We were told that the wall constructed to defend against the invaders was made by tearing down the homes of half the city to protect the other half.

The Casa dos Repuxos is the site's gem. It is a partially reconstructed home that shows an extensive atrium with a complex hydraulic system. However, for us, the real stars of the show were the many mosaic floors throughout the grounds. They are uncovered and one is able to get very close to them. There are forum, amphitheatre, baths and house ruins to view. The setting is a peaceful one.

The restaurant at the museum is recommended. There is a set menu at lunch (10 Eu at our visit) or a la carte choices.

Allow at least an hour and a half to view the museum and grounds; more time if one dines there. The grounds are open every day but the museum is closed Mondays. 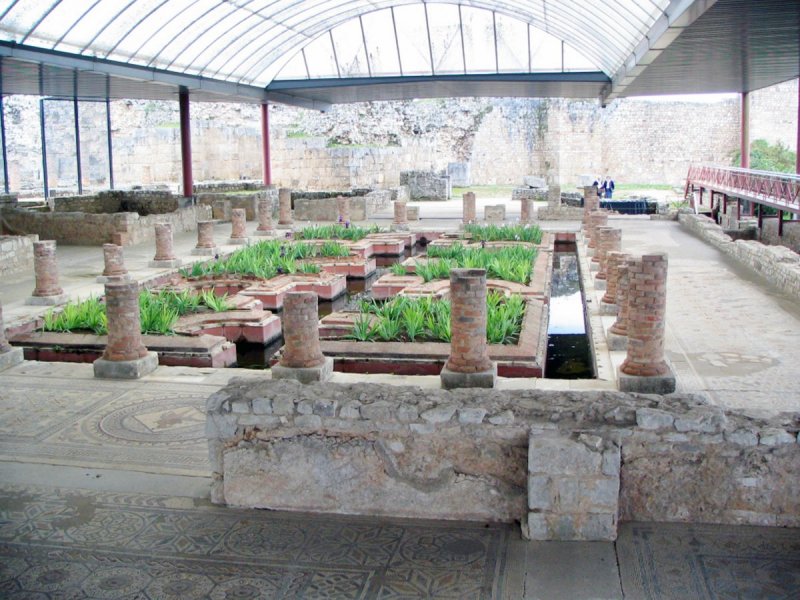 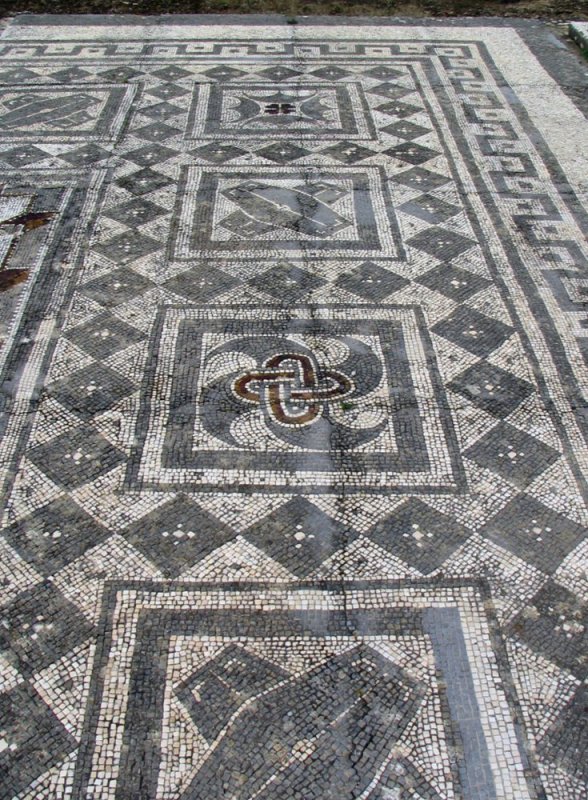 Thanks Dennis - great photos! I especially like that red devil head.

We were in Northern Portugal a few years ago and I wanted to go to this site, but we didn't make it. Next time!
Last edited: Feb 21, 2021
Pauline Kenny - forums administrator
Slow Europe - Instagram
You must log in or register to reply here.
Share:
Email Share Link