The town of Fréjus sits on the western edge of the Estérel Mountains, on the Mediterranean coast. During ancient Roman times Fréjus was an important port town called Forum Julii and situated at the crossroads of Via Augusta and Via Domitia. There are various Roman remains in and around the town, but the most interesting are the remains of the Fréjus Aqueduct. The aqueduct, built in the 1st century AD, covered a distance of about 40km bringing water from the mountains to the town. Many parts of the aqueduct remain.

The water for the aqueduct came from the Rivers Foux (near Montauroux) and Siagnole (near Mons) in the mountains above Fréjus. The aqueduct was 40 km long and came down 481 meters to the highest point of Fréjus. Much of the aqueduct ran underground. Where it came into Fréjus it was on tall arches - these are what remain.

Location: France - Provence - Var - Fréjus
The best way to see the remains of the aqueduct is to arrive from the east on DN7, a modern road that follows the route of the ancient Roman road Via Aurilia. Exit from the autoroute and at the first roundabout, do not follow the signs for Fréjus but instead take the D37 (Route du Gargalon) heading east and signed Cannes. After about a mile you see a large arch on your left (remains of the aqueduct). More remains are across the road.
Continue to the DN7 and turn right towards Fréjus. (If you are a Jean Cocteau fan, visit the Notre-Dame de Jerusalem chapel near this intersection. He designed the chapel in the 1960s.)
Following the DN7 into Fréjus, turn into the Parc de la Villa Aurélienne on your right to see more arches from the aqueduct. You can park and walk around them. Continuing on the road to the center you drive by more arches and then reach the parking lot where the historic center starts. The tourist office is nearby.
Website: Fréjus Tourism
Source of the Aqueduct: When we visited we also drove up to Mons, high up in the mountains on very narrow and winding roads, to find the start of the aqueduct (at La Roche-Taillée where a passage for the aqueduct was carved through thick rock), but gave up when we reached Mons and realized there were several more miles to go on even narrower roads. Another time I would park in Mons and walk to La Roche-Taillée to avoid driving the very narrow lanes.

Frejus Roman Sites
The aqueduct is the main Roman site but there are other sites scattered around Fréjus.

- Roman Amphitheater (Les Arenes de Fréjus). Built in the 1st century AD from local green sandstone and could hold up to 10,000 spectators. Much of the amphitheater remains but modern buildings have been placed within it. You can visit inside (closes at lunch) or walk around the outside. The park in front of the Amphitheater honors the 423 people killed in December 1959 when the Malpasset dam collapsed and the water rushed into the town. The Roman Amphitheater is on the western edge of the town. We drove to it and parked on the road in front. It is near the Porte des Gaules (remains of Roman baths).

- Roman Theater. Probably built in the 1st century AD. All that remains are the surrounding walls. Modern seating has been added and the theater is in use today. Located north-east of the town center.

There is an Archaeological Museum in the town center.

We visited Fréjus in October 2016. We arrived just as the Amphitheater was closing for lunch, so did not see inside. However, you can walk around on the outside and see a good deal of it. Our main focus was the aqueduct and we found a few different places to see the remains of it. The historic center of Fréjus is pretty, but the town is surrounded by ugly suburban sprawl. It is not a glamorous seaside town like some of the others in the Cote d'Azur. If you are in the area, it is worth a visit to Fréjus to see the aqueduct remains, but it is not as fabulous as the Pont du Gard. 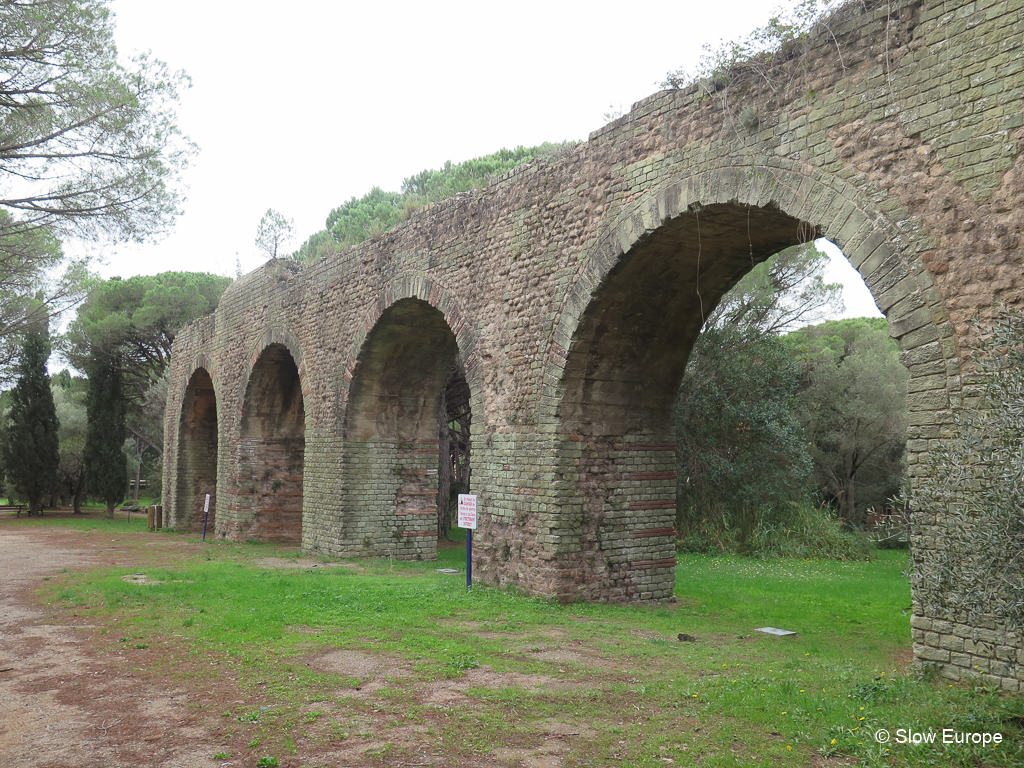 Arches brought the aqueduct into town. 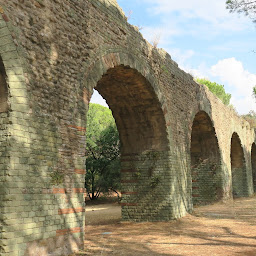 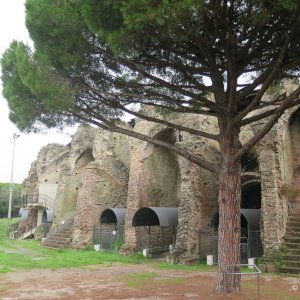 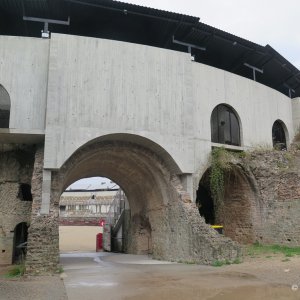 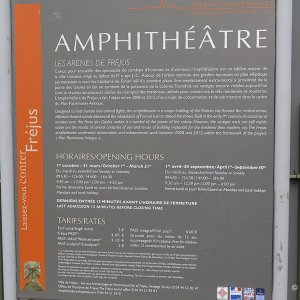 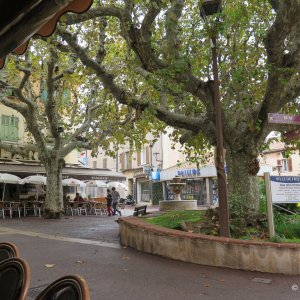 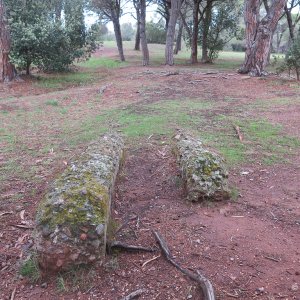 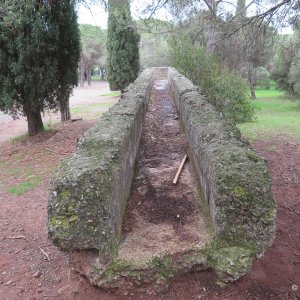 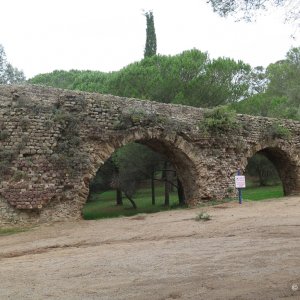 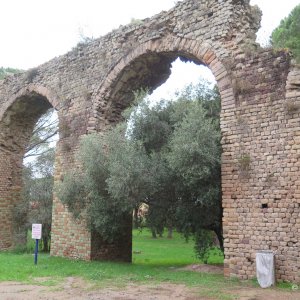 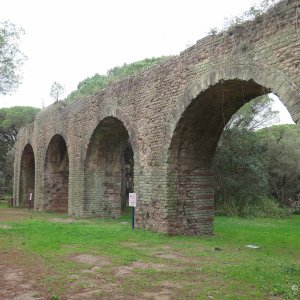 This Roman aqueduct, built in the 1st century AD, covered a distance of about 40km bringing...
Click to expand...