Glanum (Site Archéologique de Glanum) was a Roman town built at the foot of the Alpilles mountains south of Saint-Rémy-de-Provence. It is a large site with remains of baths, public forum, temples, houses and a sacred spring. A beautiful Triumphal Arch that was on the edge of the town is beside the parking area. This was originally an Iron Age settlement, then a Greek town and finally a Roman town. It was abandoned when the Roman Empire fell and was excavated in the early 20th century. These are very interesting Roman remains in a spectacular setting. The Roman road Via Domitia passes through here. Glanum is high up above St Remy, with lovely views.

Plan to spend a couple of hours exploring the site. There are many other things to see nearby. The Monastery Saint-Paul de Mausole, the psychiatric asylum where Vincent van Gogh painted as a self-admitted patient from 1889 to 1890, is just down the hill from Glanum. St Remy is a very nice town with excellent shopping. 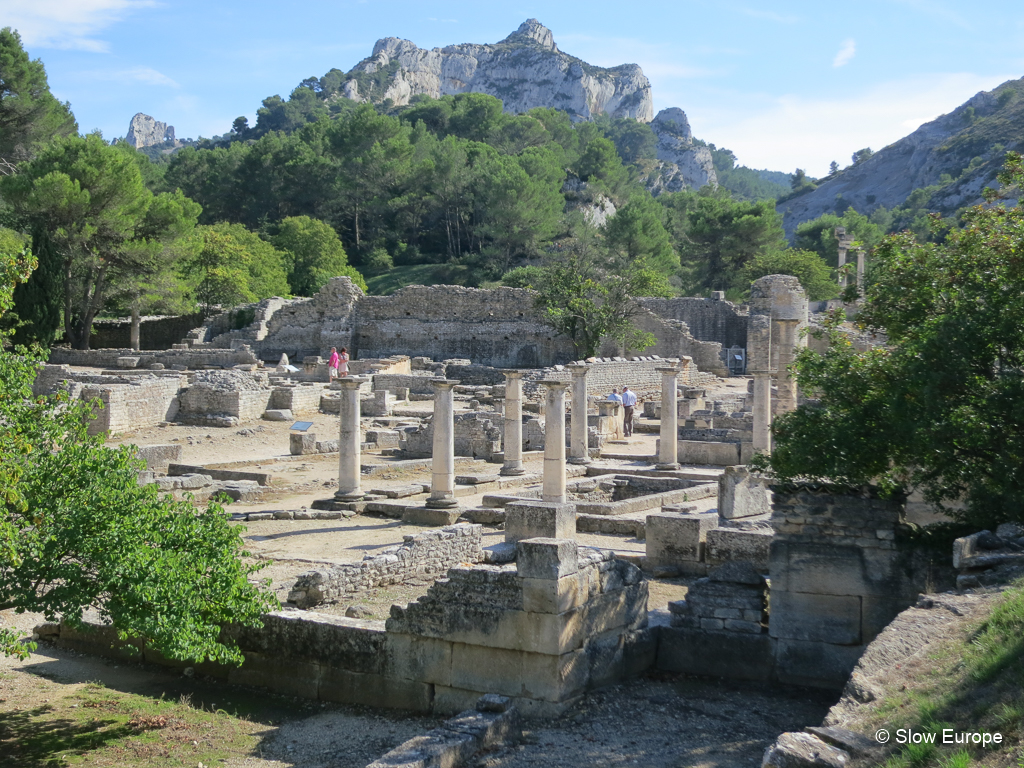 View of the House of the Antae. 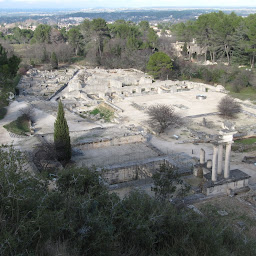 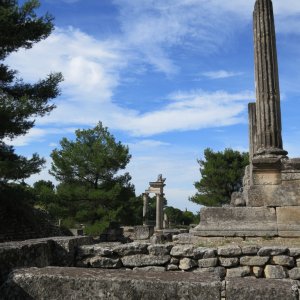 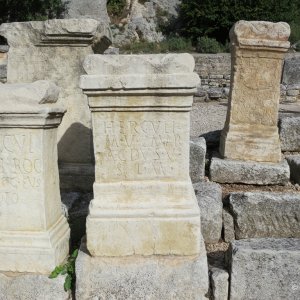 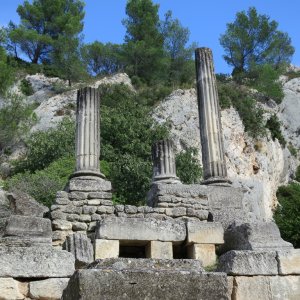 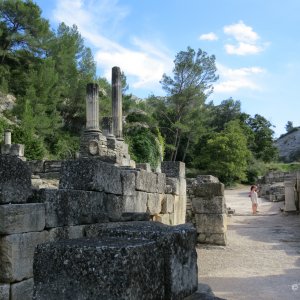 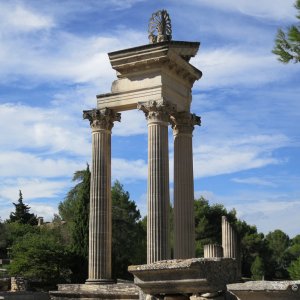 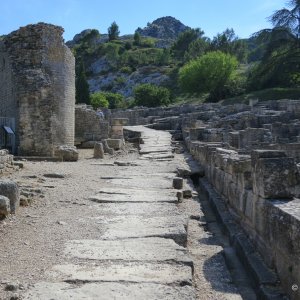 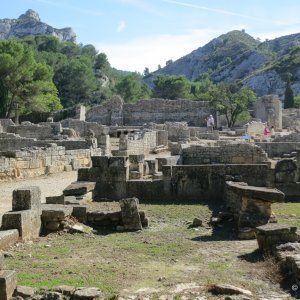 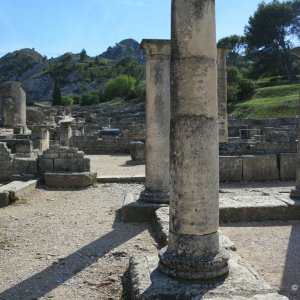 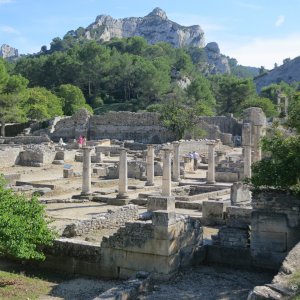 The remains of an ancient Roman town on a hillside above St. Remy.
Click to expand...