There has been a church where Gloucester Cathedral stands today since at least the 7th century. The current building started as Gloucester Abbey in the 11th century. Visit the crypts under the cathedral to see the original Norman basement and foundations. More parts were added in the Gothic style. In 1327 King Edward II, who had died in nearby Berkeley Castle, was buried in the abbey. The cloisters were built in the 14th century and have the earliest surviving fan vaults (beautifully detailed ceilings). The 225 ft (69 m) high tower was built in the 15th century. Gloucester Abbey became Gloucester Cathedral in 1540 after Henry VIII ordered the monasteries to be dissolved. This is still an active church. Parts of the Harry Potter movies were filmed in the Cloisters. 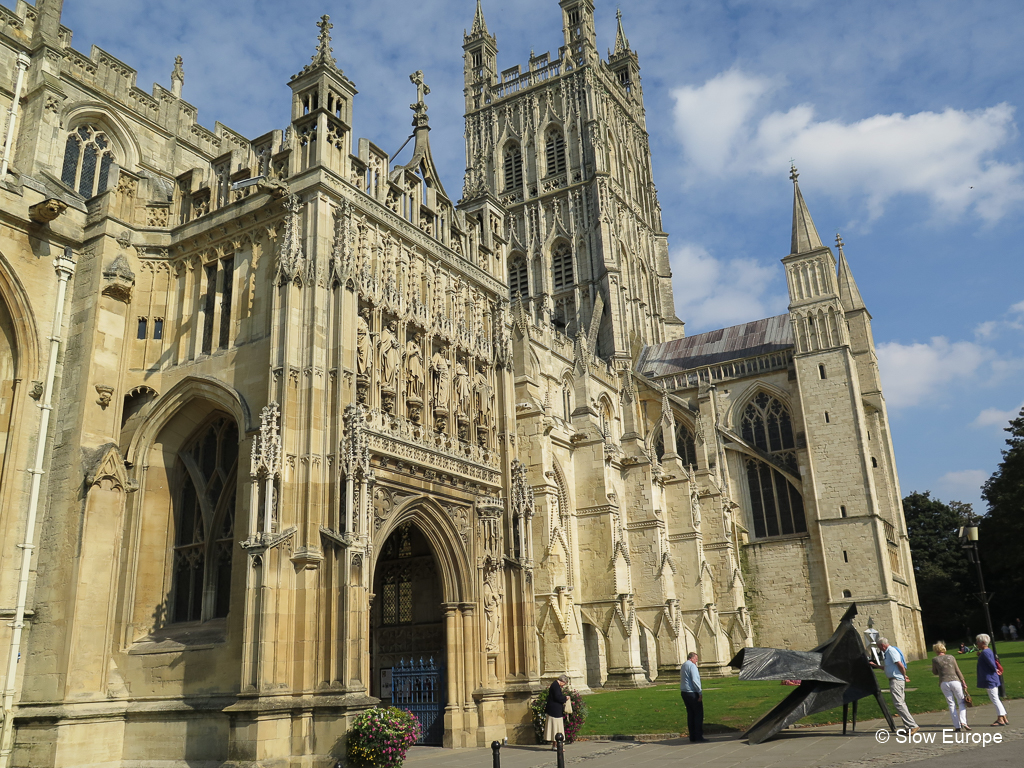 Location: England - Gloucestershire - Gloucester
Park in one of the public car parks in the center of Gloucester.
Website: Gloucester Cathedral
I recommend that you purchase the information card sold by volunteers at the doorway of the cathedral. It gives a good description of the things to see. There are frequent tours of the crypts (you cannot see them on your own). 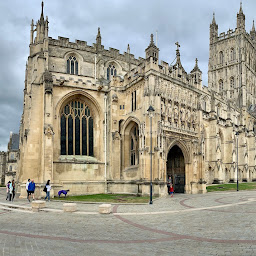 St Oswald's Minster
While you are in Gloucester, seek out St Oswald's Minster. Only one wall remains of St Oswald's Anglo-Saxon Minster and Medieval Priory, in the center of Gloucester, near the cathedral. The wall has remnants of the church built in the 10th century by Æthelflæd, daughter of King Alfred the Great. She re-fortified the Roman town of Gloucester and built this church. She and her brother led an army into Danish-held Lincolnshire and brought back relics - the bones of Saint Oswald of Northumbria - which were put in a crypt in the new church. In the 12th century the building became an Augustinian Priory. This was dissolved in the 16th century. The site was excavated in 1975 - 1983.

You can walk to this site from the cathedral. Stone carvings from the minster are on display in the Gloucester City Museum. Remains of St Oswald's, an Anglo-Saxon Minster and Medieval Priory. Parts of the 10th century church are in this remaining wall. 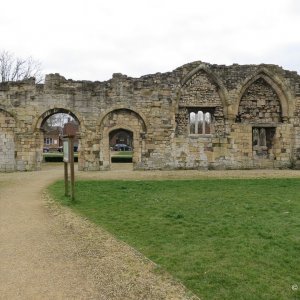 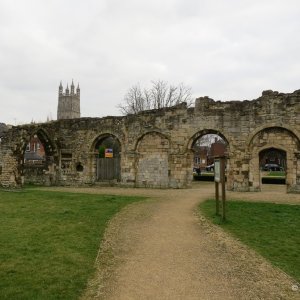 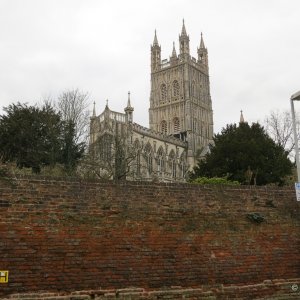 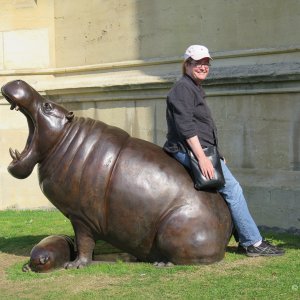 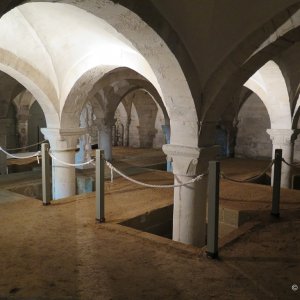 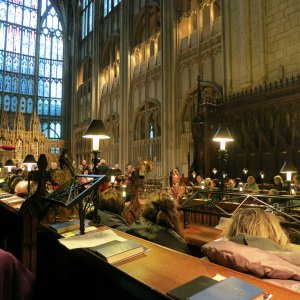 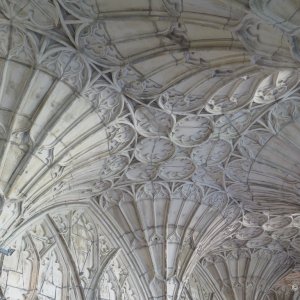 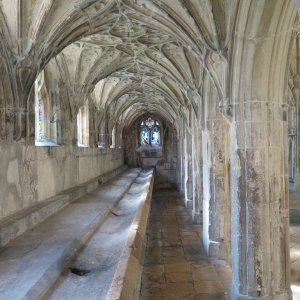 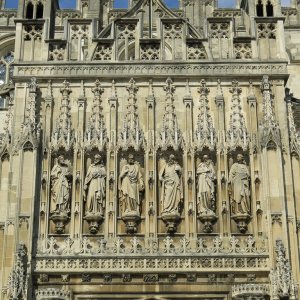 There has been a church where Gloucester Cathedral stands today since at least the 7th century.
Click to expand...