There are several white horses carved into the hills of Wiltshire. These are large images of horses carved at the top of hills so they can be seen from a distance. Most are created by digging down to the natural white limestone. Some are modern, some are hundreds or thousands of years old. They are fun to spot as you are driving or walking in this area. The most famous, and the oldest, is the Uffington White Horse just across the county border in Oxfordshire. I include it on this page because it is so close to the others.

There are other white horses in Wiltshire but I have written about the main historic ones that we have seen. I have also included the Kilburn White Horse in North Yorkshire which we saw in 1988.

There are other hill drawings in England that are not horses. The most well known is the Cerne Giant near Dorchester in Dorset, an anatomically correct huge man overlooking the village.

The Uffington White Horse is not in Wiltshire but I include it here because it is nearby and is the best one. It was carved over 3,000 years ago (Iron Age) and is the oldest of the Wiltshire White Horses. It has the same shape today as it did originally. It is a more abstract drawing than the other white horses.

The Uffington White Horse is part of a group of ancient remains on White Horse Hill:
Location: England - Oxfordshire - Uffington
Located near the village of Uffington, in Oxfordshire, near the border of Wiltshire, east of Swindon. The best place to view it is from the lanes near Uffington.
The car park is off the B4507. From the car park it is a short walk out to the white horse. It can get cold and windy up on this hill.
You can see the Uffington White Horse from the train that runs from Swindon to London. It is clearly visible for a few miles. Watch for it after the Swindon station, south of the train line. Thought to be cut in 1864. Covered during WWII so German planes could not locate their position by it. Restored in 1992.

Location: England - Wiltshire - Broad Town
On the A4361 from Swindon to Avebury in Broad Town. 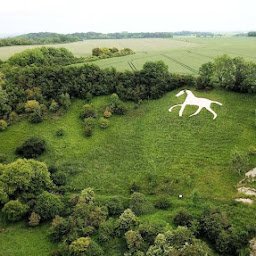 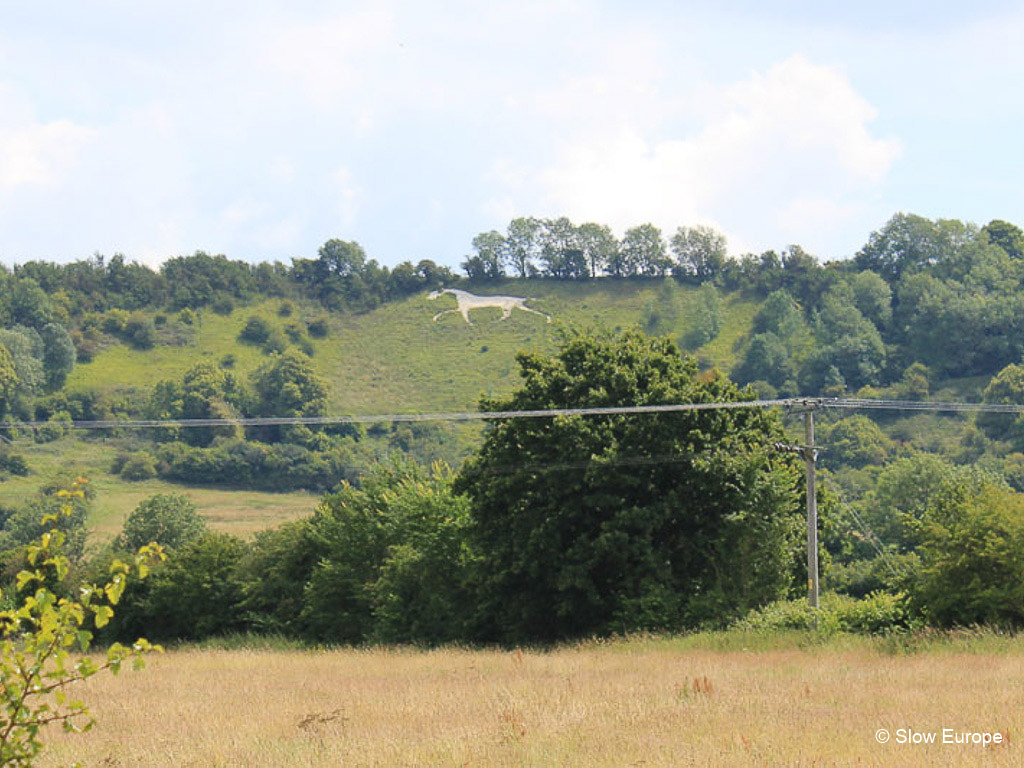 Cut in the side of Hackpen Hill to celebrate the coronation of Queen Victoria in 1837.

Location: England - Wiltshire - Broad Hinton
Near the town of Broad Hinton, just off the A4361. Location: England - Wiltshire - Alton Barnes
Can be seen from the Kennet and Avon Canal at Honeystreet. The oldest white horse in Wiltshire, cut in 1778 replacing an older one on the same spot. The original chalk horse has been concreted over for easier maintenance.

Location: England - Wiltshire - Westbury
View from the A350 Melksham to Westbury road. Cut in 1857. Designed and funded by a Victorian businessman who had seen the famous chalk hill figures of southern England and wanted to create something similar for his home village. 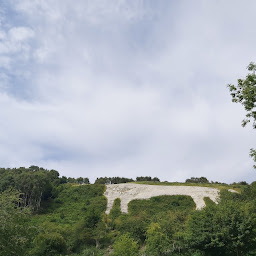 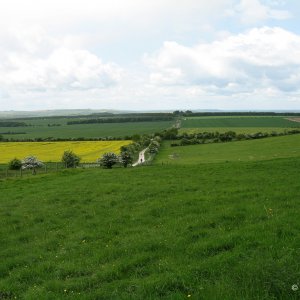 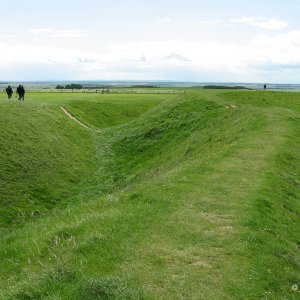 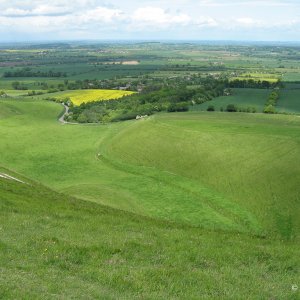 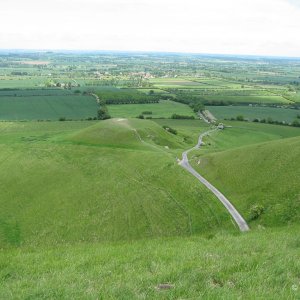 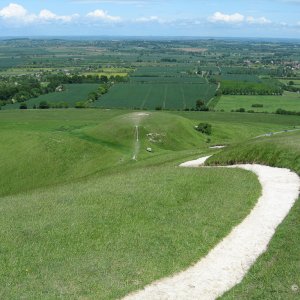 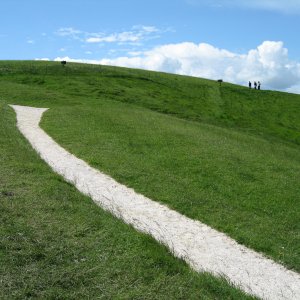 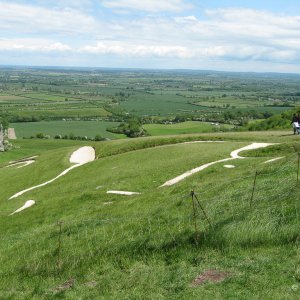 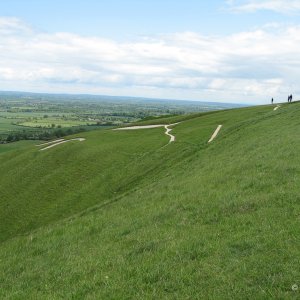 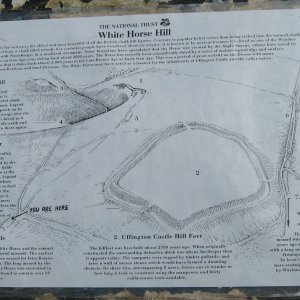