I spent another two weeks on the Isle of Man with the family in August, based in Port Erin at the south of the Island. We were there the previous year when I covered all the main historical attractions , so I gave them a miss this year, apart from Peel Castle, Rushen Abbey and Laxey Mines which I always enjoy visiting. The weather wasn’t as good and we had one day of very heavy and persistent rain - an excellent reason to spend the day at the Manx Museum in Douglas. Forget the House of Mannanan #2 which is full of visuals but little information, this is the place to go if you want to learn about Manx History.

Since the previous year, I’d had a knee replacement so was able to WALK! This meant that I could now get to places which had been too far from public transport the previous year. I was able to walk to the delightful St Adamnan’s Church with its C6th Cross still standing in the churchyard. Another day I walked to the equally isolated old church of St Runius. Braddan Old Church with its unspoilt Georgian interior and Celtic crosses was another highlight. I was also able to walk to find the isolated Cashtal in Ard #3 one of the largest and best preserved Neolithic burrows in Britain, along with Ballafayle Cairn
with the tiny and forgotten Quaker Burial Ground. #7 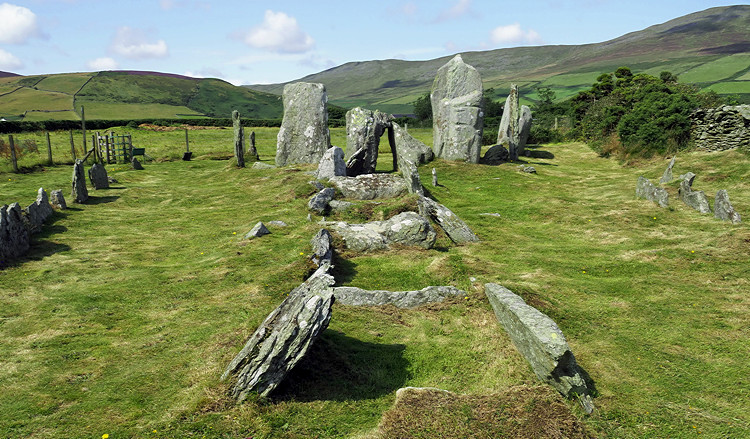 The Celtic #5 and Norse Settlements #6 at the Braaid were another highlight. I gave the long distance routes of Raad ny Foillan, Bayr ny Skeddan and the Millennium Way a miss but did several of the shorter routes. These could either be done as a circular walk or one way using public transport.

The climb to the top of Bradda Head was my first and it was wonderful to be on top of a hill again (even though it wasn’t a very high one!) The views were superb and this was a highlight of the holiday. Then there was the walk from Cregneash to the Chasms and then to Port St Mary. I also walked from Balladoole to Castletown which took me past Chapel Hill which is possibly the most important archaeological site on the Island and then past Scarlet Point, important for its geology. Another walk I enjoyed was from Castletown to St Michael’s Isle. I was tempted to extend this to include all of the Langness Peninsula but decided the knees weren’t quite that good! Then there are the Glens which were developed as tourist attractions for the Holiday Makers who were charged to enter. Now they are in the care of Manx Government and free to enter. I did the walk from Rushen Abbey along Silverdale Glen to the Victorian roundabout powered by a waterwheel. It is a lovely walk along Groudle Glen to the terminus of the Groudle Glen Railway which runs around the headland to the remains of a zoo which used to have polar bears and sea lions. Other glens like Ballaglass are all about scenery. This is one of the more dramatic glens with the stream falling down through a series of small waterfalls and gorges. It is particularly impressive after rain. Again I used buses, steam train and Manx Electric Railway to get around the island. The Horse tram is always great fun as is the ride on the Groudle Glen Railway and a trip on the tram up Snaefell. 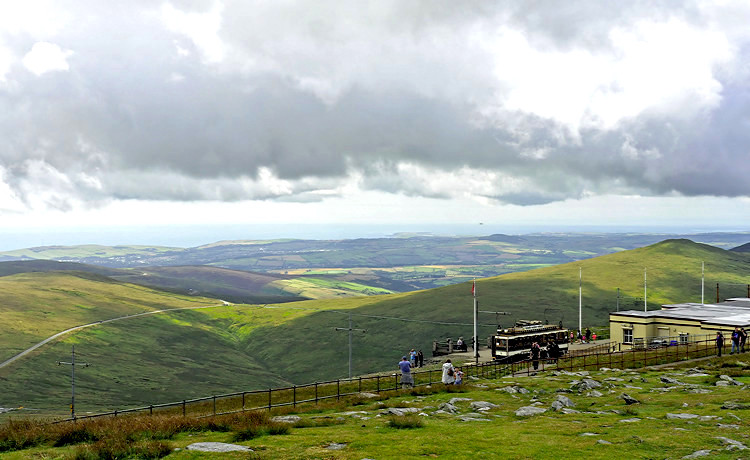 I had no difficulty in filling the fortnight and still have things on the list for another visit.... If you’ve never been to the Isle of Man, I can whole heartedly recommend it. It is a wonderful place and crams so much into a small area. There really is something for everyone.

It is also wonderfully laid back and the people are so friendly and welcoming. Public transport is so good you don’t actually need a car.