The village of Ballasalla on the Silver Burn, is a rapidly growing dormitory settlement for Douglas. There is a large industrial estate on the edge of the village.

Ballasalla grew up around Rushen Abbey. After the Dissolution of the Abbey, the abbey was stripped of anything of value and much of the stone was robbed out and used as building stone for the houses in the village.

Ballasalla is in the parish of Malew and the original parish church of St Lupus was a mile away. Not only was it a long walk but, as the population grew, the church was no longer able to seat everyone. A new church was built in the village at the end of the C19th. It is a large but plain church built from limestone quarried from Scarlet point. The inside is simple although it does have some nice stained glass windows. 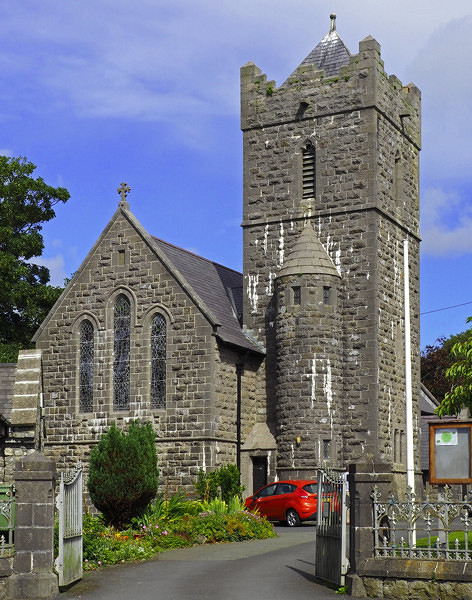 Ballasalla was once an important station on the Steam Railway between Douglas and Port Erin, with a goods yard, good shed and a cattle dock for traffic going to Ballasalla market. The original station buildings on the north side of the track were demolished so the land could be developed commercially. The sale funded the construction of new platform buildings on the southern side. Except for walks up Silverdale Glen, there is little to bring the tourists apart from the ruins of Rushen Abbey.
Click to expand...

Land to build Rushen Abbey was gifted by King Olaf I in 1134, who believed this would enhance his spiritual standing and reputation as a good Christian ruler (and also short track his progress to Heaven after his death). The abbey was founded by monks from Furness Abbey in Cumbria and its layout is typical of all Cistercian Abbeys. Being close to Castle Rushen, it offered some protection in times of trouble. It was a target of raids during the C13th and C14th and the monks built a boundary wall with towers around the abbey. All that remains is an ivy covered tower. The earliest buildings would have been made of wood to be replaced later by stone. Monks and lay brothers helped build the abbey as part of their daily labour. The abbey was completed by 1257. Many of the abbots became Bishops of Sodor (the Isle of Man and the Hebrides). They were also the deputy governor of the island, holding considerable political and economic power.

The abbey also housed the main body of knowledge and literacy for the Island. The Chronicles of the Kings of Mann and the Isles, recording Manx history from 1066-1316, was probably written by the monks at Rushen Abbey during the 13th and early 14th centuries. A copy is in the House of Manannan. The Abbey held extensive estates from Derbyhaven to South Barrule, which included most of the productive agricultural land on the island. The abbey was exempt from all tolls and taxes and was responsible for much of the trade within the island, as well as export trade. It had warehouses in both Castletown and Derbyhaven. All roads led to Ballasalla. Monk’s Bridge was built around 1350 to cross the Silverburn. It is the only surviving medieval bridge on the island. Monks grew crops for their own use as well as for guests and as charity for the poor. They caught fish and kept livestock. They were good sheep farmers, exporting wool across Europe. They controlled grazing, fishing and mineral rights for lead, silver and iron ore.

The Abbey was dissolved in 1540 undwer the orders of Henry VIII and the abbot and monks were expelled. Not only did this give Henry control over the church, selling assets also helped fund expenditure on his military campaigns. The buildings were stripped of everything of value and the stone was used as building material. Only fragments of the abbot's lodgings and a single tower survive. The site was eventually taken over and run by a local family as a working farm. Much of the stone appears to have been used in the construction of a nearby house, which was the home of Deemster Moore, who held his court here twice a week. 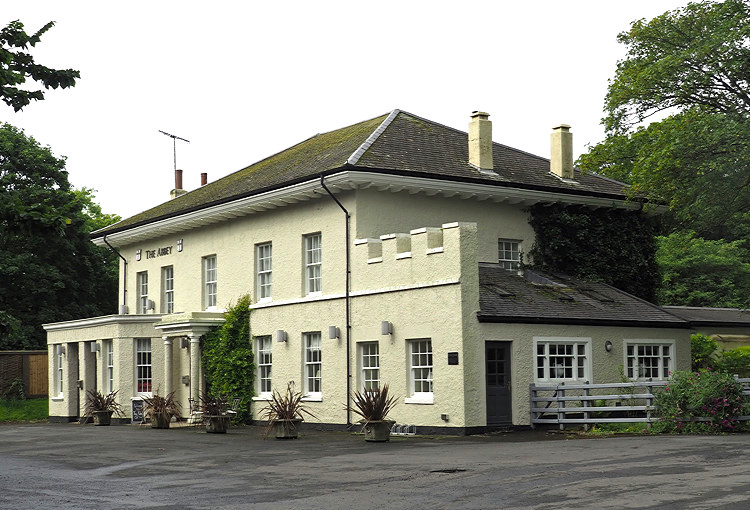 The house became a boarding school for girls in 1847, when the redoubtable Stowell sisters moved their school here from Douglas. They felt that a country residence was ‘preferable for the purposes of education’. The school closed twenty years later and became a hotel.

Around that time a jam factory and fruit bottling business began in the abbey grounds using fruit grown there.

By the 1900s, the grounds with their fruit bushes, apple trees and flowers became a popular tourist attraction. Visitors were charged 6d to enter and enjoy such attractions as putting and bowling green, a dance floor with live music, peacocks as well as strawberry and cream teas. 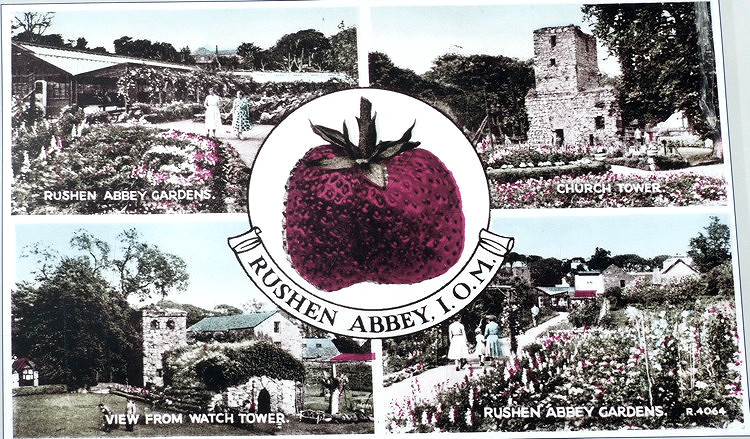 By the 1980's the hotel had closed and a steakhouse cafe and a nightclub were built. These closed in the 1990s, by which time the grounds were described as a 'national disgrace'. A private developer announced plans for a big hotel complex but, after local furore, the site was bought by the Manx Government and Manx National Heritage. Deemster Moore’s house reopened as a restaurant.

The site has been excavated, conserved and landscaped and is now run as a heritage attraction by Manx National Heritage.

Silverdale Glen was developed as a pleasure ground for Victorian visitors who were attracted by the wooded glen and the ruins of Rushen Abbey.

It is a pleasant walk up the glen from Castletown to Rushen Abbey beyond past the C14th Monk’s Bridge. A series of paths ,linked by bridges, continue up both sides of the glen. There is a lily pond (plenty of ducks but no water lilies), the remains of a water mill with its leat and wheel pit, as well as a small Holy Well, described on the map as a wishing well. The footpaths join an unclassified road between the A3 and A34 which drops down to a car park by the now disused stone Cregga Mill. The mill pond is now a boating lake with pedalos which can be hired from the cafe. The white building at the far end of a lake is a disused mineral water factory. There is a very good children’s play area including a wonderful Victorian roundabout powered by a waterwheel. This dates from about 1890 and is the only surviving and still working water powered roundabout in Europe. The horses were replaced in the 1980s. The waterwheel came from the Foxdale mines when they closed. The walk continues above the boating lake, following the burn through the trees to the A3 and beyond.
http://wasleys.org.uk/eleanor/index.html
You must log in or register to reply here.
Share:
Email Share Link