The Neapolis Archaeological Park (Parco Archeologico della Neapolis), is in the northern part of the Neapolis quarter, one of the five areas of Syracuse in the Greek and Romans periods. There are several sites to see here but the mains ones are the Greek Theater (3rd century BC), the Roman Amphitheater (3rd century AD) and the Ear of Dionysius in the stone quarries. This is an UNESCO World Heritage Site.

Location: Italy - Sicily - Syracuse - Syracuse
Note that Syracuse is the English spelling. It is Siracusa in Italian.
It is easy to drive right by the entrance because it is set back from the road and is across the road from the park. Driving there from the city center along Via Ettore Romagnoli, the entrance is on your right at Viale Augusto. Turn right and there is parking. We drove by and found some parking further on. People also park along the side of the road.
Tickets: Make your way past all the tourist shops to the ticket office, almost hidden behind them. There is a lot of walking and steps to make your way around the park. The park is divided into three sections: the stone quarries (lautumiae), the Greek Theater and the Roman Amphitheater. Hang on to your tickets because you have to show them to enter the different parts.
Website: Siracusa Turismo

The main sites in the Syracuse Archaeological Park:

- Greek Theater (Teatro Greco), built in the 3rd century BC is one of the largest in the world (seats 15,000). It is still in use today. It replaced a wooden theater built in the 6th century BC.

- Street of Tombs (Via dei Sepolcri), with Byzantine graves carved into the rock is above the Greek Theater.

- Roman Amphitheater (Anfiteatro Romano), built in the 3rd century AD is large but not as spectacular as the Greek Theater.

- Ear of Dionysius (Orecchio di Dioniso), a man-made cave, 200+ feet long and 70+ feet high. Caravaggio visited in the 17th century and named it, either because of its shape or its acoustics. Greek Theater, still in use today. 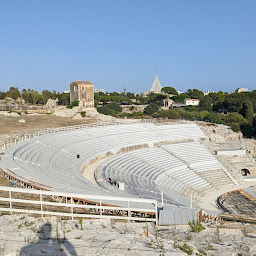 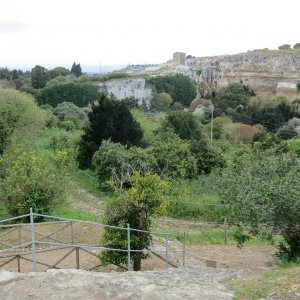 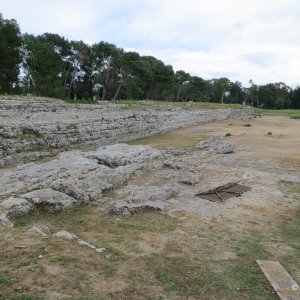 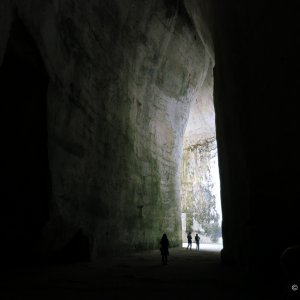 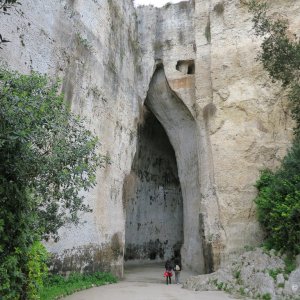 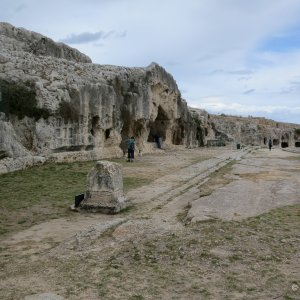 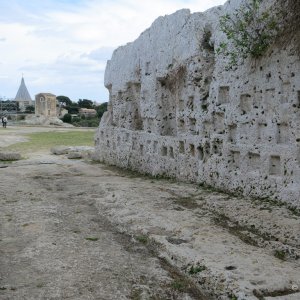 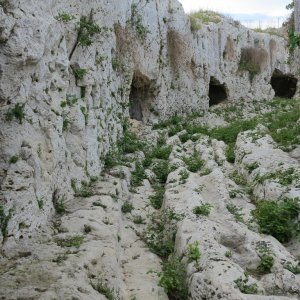 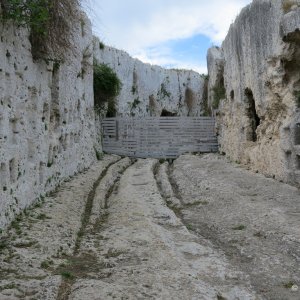 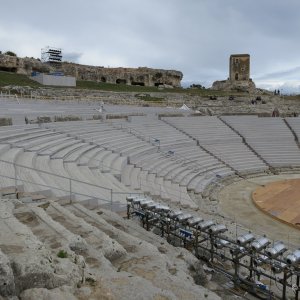 Archaeological site in Syracuse (Siracusa) with a Greek Theater, Roman Amphitheater and the Ear...
Click to expand...