Location: Italy - Marche - Pesaro and Urbino - Pergola
Remember that the museum closes mid-day, from 12:30 - 3:30. We did not remember this on our visit.
There is a large parking lot across the street from the museum.
Website: Pergola Museum of the Gilded Bronzes

The Pergola Gilded Bronzes were found in 1946, but it took until 1987 for them to be fully restored and displayed.

In 1946 local farmers were digging a drainage channel and discovered these gilded statues buried in a field. Local archaeologists dug up 318 pieces (over 2000 pounds/900 kilos in weight). They were sent to a restorer in Florence who spent many years working on the project. In 1958 some of the restored pieces were displayed at the Archaeological Museum of Ancona. A female figure and two horse heads had been restored.

The Florence restorer stopped work and put the remaining parts of the statues in storage in Florence, where they were covered in mud by the floods of 1966 and not found again until 1974. Meanwhile the 1972 earthquake in Ancona damaged the museum, so the exhibit was closed.

With the rediscovery of the remaining pieces in Florence in 1974, restoration work began again. The previously restored pieces from Ancona were included. In 1987 the pieces were displayed in Florence - the figure of the man, a horse head and the body of a horse. (What happened to the figure of the woman? Did it stay in Ancona?). Because these pieces had been found in Le Marche, the statues would be returned to their region.

This exhibit was sent to Pergola, where they had been found, to be displayed for a few months before being moved permanently to the Ancona museum. The citizens of Pergola protested and blocked removal of the statues. In 1993, after five years of protest, during which the Pergola citizens walled in the statues so they could not be removed, the Italian government declared they would stay in Pergola.

Being walled in for five years damaged the bronzes, so they were sent away for more restoration, were toured to several European countries, then brought back to Pergola in 1999, where they are now on display in a special climate-controlled room.

This is a beautiful exhibit and well worth seeing. The statues are displayed on a platform and you can get close to see everything. The detail of the horses heads are amazing. There are other good exhibits in the museum. 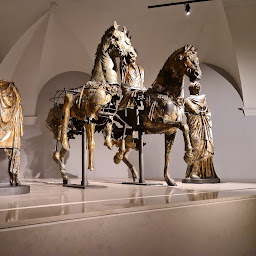 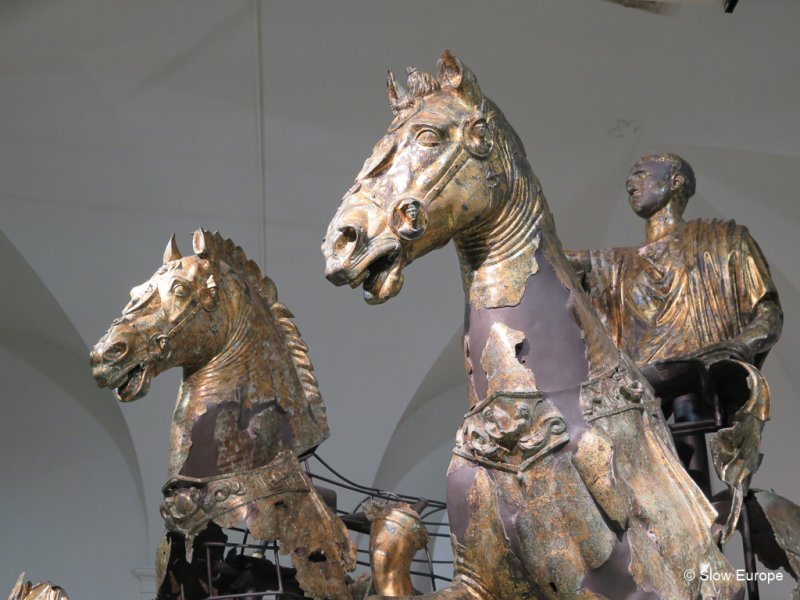 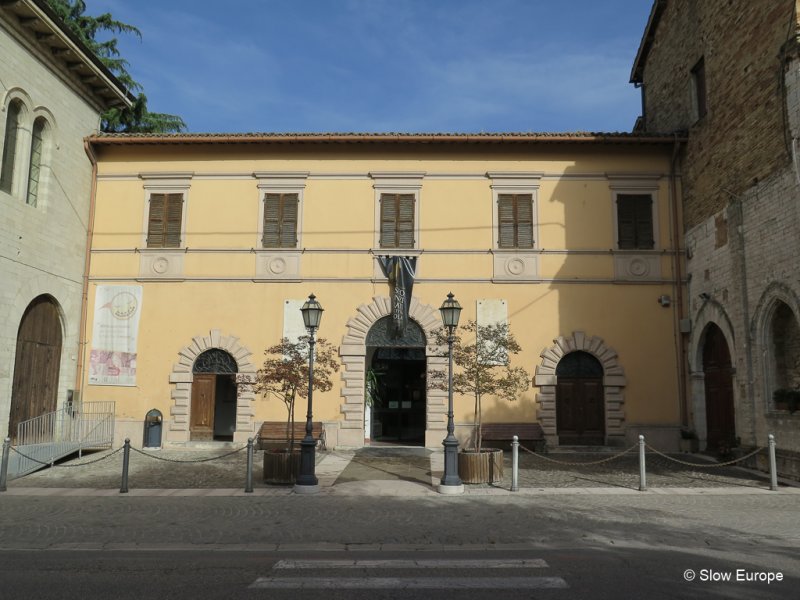 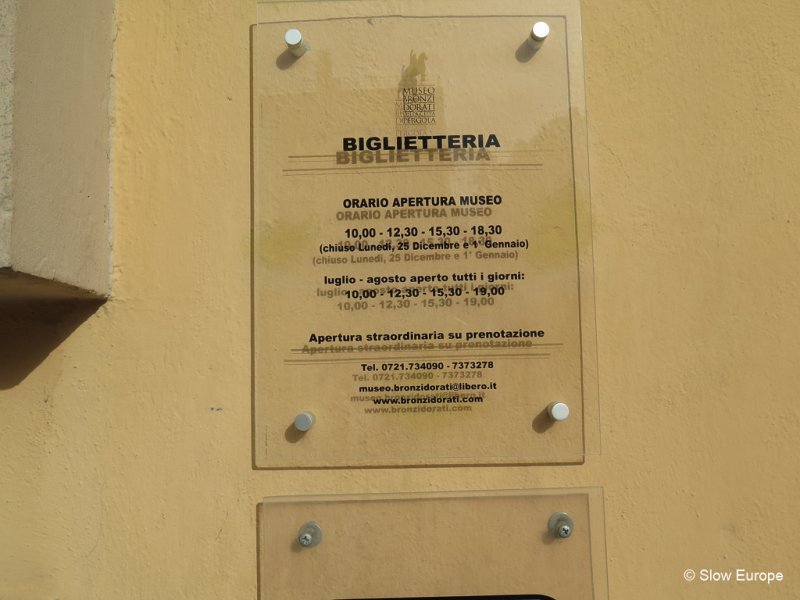 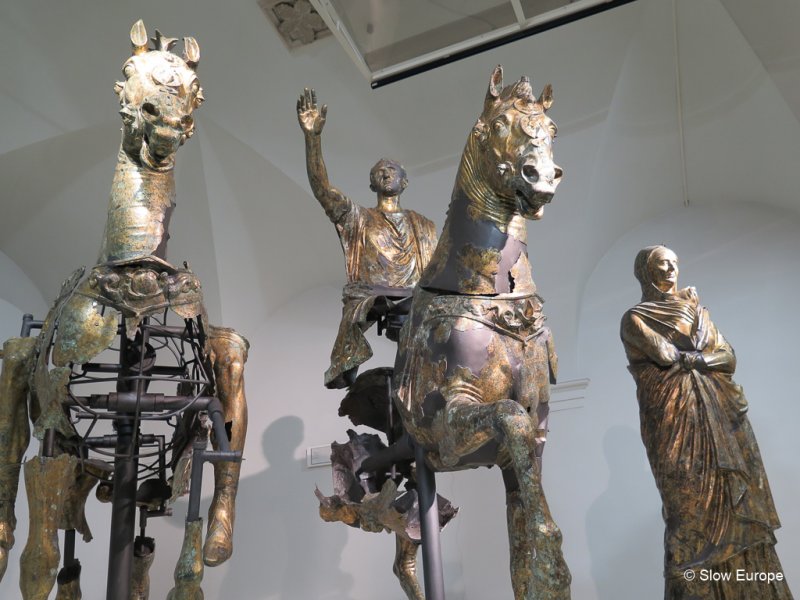