North East Beamish - the Living Museum of the North

One of the best folk museums in the country.

Folk museums are cropping up all over the country. Some are better than others and Beamish must rank among the best with its mix of agricultural, industrial and social history. In fact, there is too much to see properly in a single visit and fortunately the ticket is valid for twelve months.

By the 1950s, the traditional industries and communities in the North East were declining and disappearing rapidly. Frank Atkinson, the director of the nationally renowned Bowes Museum at Barnard Castle, was very concerned about the loss of the region’s culture, traditions and heritage. He felt the region was in danger of losing its identity, what made it special and different to the rest of the country.

He proposed setting up a new museum, based on the idea of the Scandinavian Folk Museums, to bring the social history of the region to life. He wanted the museum to belong to the local population and feature items collected by them.

Atkinson was unusual in that he encourages a policy of ‘unselective collecting’, accepting anything and everything that was offered from steam locomotives to rolling pins. The storage space at the Bowes Museum was soon full, and a former British Army tank depot was taken over and its 22 hangers and huts was soon full too.

The museum still has huge warehouses stuffed full of potential exhibits and a bit like an Aladdin’s cave inside. 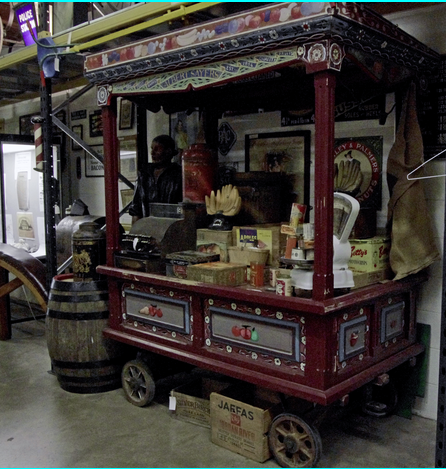 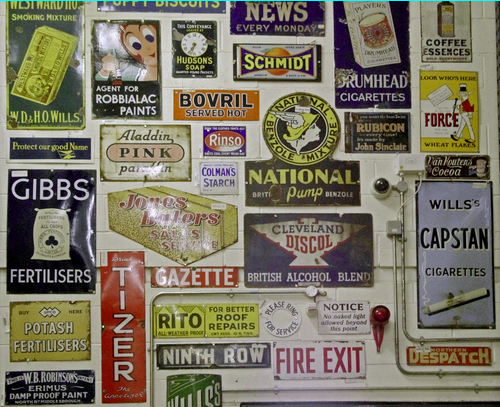 Beamish also has a large collection of photographs, old trade catalogues and an increasing collection of oral history recordings.

The museum opened in 1972 on a large reclaimed colliery site on the edge of the Durham Dales. Pockerley Old Hall and the 1940s farm were the only buildings on the site. The rest have been been rescued from around the region and carefully reassembled here. It is a huge site, occupying over 350 acres and the countryside has been restored to a late C18th landscape. The buildings feel as if they have always been part of the scenery. A tram network and vintage buses provide transport around the site. 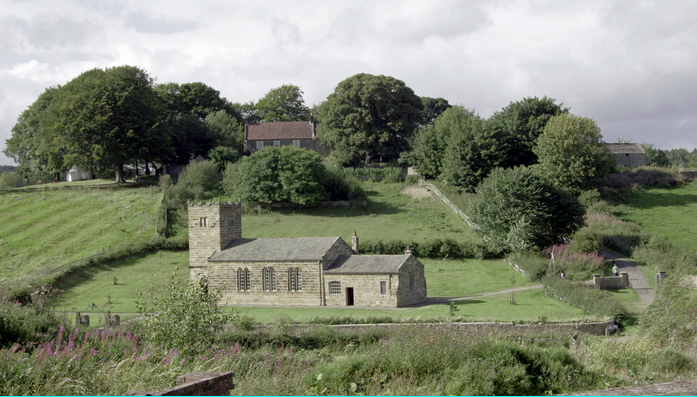 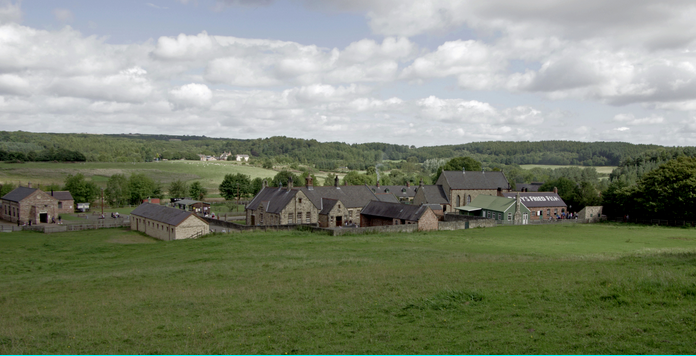 The 1900s Pit Village, complete with row of miners cottages and colliery site with drift mine and winding gear for a deep pit was one of the first areas to be developed. 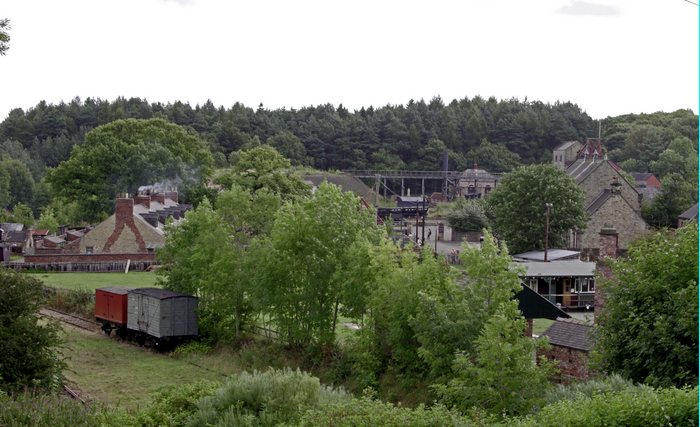 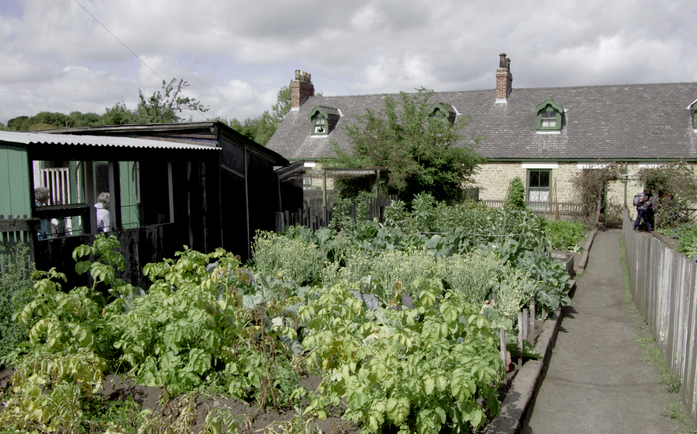 Rowley Station soon followed, with its signal box and station yard is a typical small rural station. A preserved steam loco runs a ten minute service during the day for visitors. 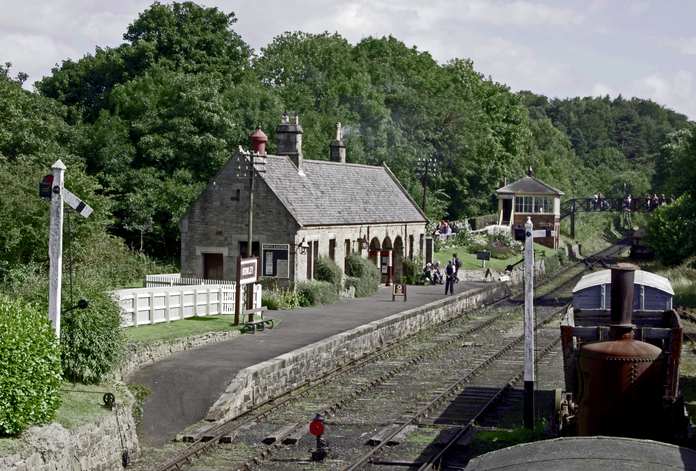 Near the station is the fairground.

The 1900s town with its cobbled street, trams, park with a bandstand and good range of shops is always busy. Ravensworth Terrace was built for professional families who could afford a servant. This now houses a solicitor’s Piano teacher and the dentist. The shopping parade is dominated by the Co-Op building with its three separate departments providing everything the housewife might want. Other buildings include a pub serving real ale and traditional snacks as well as a livery stables, Printer’s shop, bank and Masonic Hall. Pockerley Old Hall was let to wealthy tenant farmers and has been restored to what it might have been like in the 1820s, complete with farm buildings. Next to it is the 1400s pele house which was originally built for defence in troubled times along the border. It has very thick stone walls and a massive vaulted undercroft. It’s furnishings are very basic and would have seemed old fashioned in 1820. Near it is the Pockerley Wagonway. Wagonways formed a network of early railways around the North East carrying coal from the pits to either the River Tyne or River Wear. Steam locos soon replaced horses or gravity. This again runs a regular service along a short stretch of line using replicas of early locomotives like Puffing Billy or locomotion, pulling carriages similar to those used on the Stockton and Darlington railway when it opened in 1825. The site is still growing and there is something new to see each visit. The bakery and Easton Church are new additions. I never did have time to visit the 1940s farm - another visit perhaps...

Work is about to start on a 1950s urban development with social housing, NHS clinic, shops and a cinema as well as an upland farm. There are also plans to reconstruct a C19th coaching inn which will provide overnight accommodation for visitors.

There are very knowledgeable costumed interpreters in the buildings.

Beamish is open throughout the year, apart from Christmas Day, Boxing Day, New Years Day and Mondays and Fridays in January. During the summer months, it is always busy. It is well served by local buses and there is 25% reduction on the entry price on production of your bus ticket. It is definitely worth visiting.

All my pictures along with the detailed write up is here.
Last edited by a moderator: Feb 17, 2021
Click to expand...