At the southern end of Tor Bay and sheltered beneath Berry Head, this is still a thriving fishing village as well as a popular holiday resort.

The harbour has one largest fishing fleets in Britain, plus thriving modern fish market. Over 100 fishing boats land and sell their catch at the local fish market on the quayside. Larger trawlers and smaller day boats bring in sales of over £18 million pounds a year. 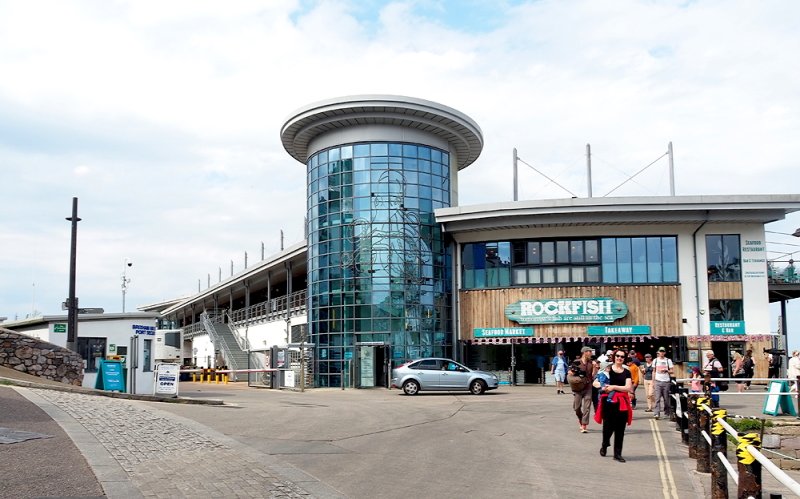 Historically Brixham was two separate communities with only a marshy lane to connect them. Cowtown was the area on top of the hill where the farmers lived, while a mile away around the harbour was Fishtown where the fishermen and seamen lived. In the Middle Ages, fishing was small scale hand line fishing. The industry boomed from the C18th with the arrival of larger boats and trawl nets. The harbour area was extended with new quays and piers. 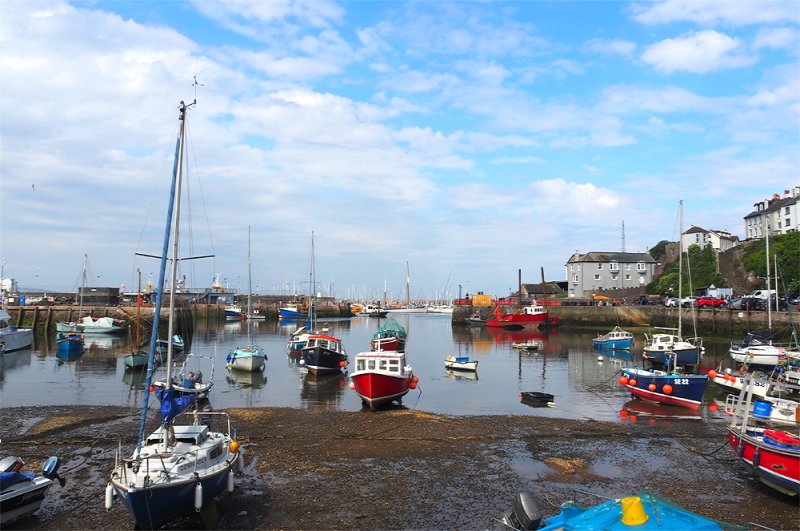 The Golden Hind moored on the quayside is one of only two full sized replicas of the C16th ship that Sir Frances Drake circumnavigated the globe in between 1577-80. A replica was built from a converted fishing vessel for a TV series about Drake that was filmed in and around Dartmouth. This sank in heavy seas in 1987 when being towed to Dartmouth for repairs. Second full size replica was built 1988 and this is the one seen in Brixham. Although this is based on a steel barge and could never sail, it gives a feel for the cramped and difficult conditions faced during the voyage. 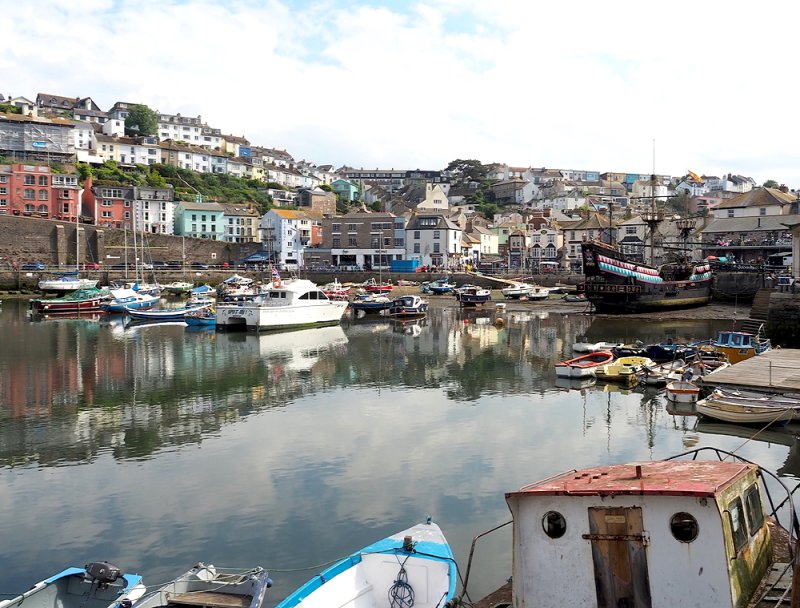 William of Orange landed at Brixham 5th November 1688 and this is marked by his statue on the quayside. Many of the inhabitants are descended from his Dutch army and have Dutch surnames. Further away from the harbour, around Furzeham, the houses are larger with small front gardens. They have more of a holiday feel. Furzeham Green Gardens is a large open space with grass, trees and flower beds overlooking the bay, lovingly cared for by a group of Friends of the garden. The main shopping area leads away from the quayside with a good range of small shops along Fore Street and Middle Street on either side of the large open market place and bus station, overlooked by All Saint's Church. St Mary's Church serves the top of the town. Brixham Heritage Museum has lots of information about the area. There is good walking on Berry Head with its lighthouse and two Napoleonic Forts. Battery Head with its museum has the remains of one of the best preserved coastal forts built in 1940 in anticipation of a German invasion. Beyond is the tiny Fishcombe Cove with Churston cove beyond.