I visited Dunoon on the Cowal Peninsula during a very wet and windy end of October. It looks very different when the sun is shining.. 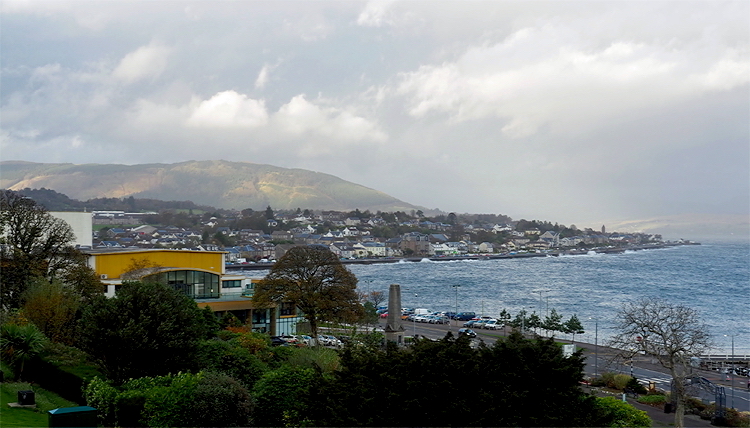 It is still has a regular car or foot passenger ferry service and is now a commuter base for Glasgow.

There is little information about the early history of Dunoon. Little remains of the C11th castle built on Castle Hill. This was an important stronghold became a royal castle with the Earls of Argyll as hereditary keepers. Mary Queen of Scots visited in 1563. The castle was abandoned by the mid C17th and its stones used as building stone. All that remains are a few walls on top of Castle Hill. A small settlement grew up under the protection of the castle. A church was built near the castle to serve the needs of both castle and local inhabitants.

The surrounding area provided rich grazing for cattle. From the mid 1500s, cattle dealers travelled across the area buying cattle from the crofters which were taken to Dunoon for shipment across the Forth of Clyde to be sold in markets in central Scotland. Dunoon had at least five inns providing food and accommodation for the drovers while they waited for a good crossing. Droving remained an important way of life until the mid C18th when crofters were cleared off their land to make way for sheep farming.

With the arrival of paddle steamers, the small pier was enlarged and extended in 1895. It has recently been restored and the buildings now contain meeting rooms. It is still used by the foot passenger ferry. With the arrival of tourists, Dunoon grew rapidly with ten hotels, spa, gardens with bandstand, bowling green and esplanade. There were eight boat builders in Dunoon and boat hiring was a popular occupation in the summer months, with boat hirer huts along the promenade and boats pulled up in the beach.

Prosperous Glasgow business men built holiday homes here and would bring their families and servants for the summer. Castle House was built by the Lord Provost of Glasgow as a holiday home. It was a suitably grand building designed to display his wealth and status. It is now a museum. The Parish Church (The High Kirk) near Castle House was rebuilt and extended. The graveyard has the remains of a late C19th watch house when it was still necessary to guard graves from body-snatchers.

St John’s Church at the other end of Dunoon was originally a small wooden church built in response to the ‘Disruption of 1843’ when the Free Church of Scotland split from the establishment Church of Scotland, over the control of appointment of church ministers. With the rapidly expanding population, the church was rebuilt in stone and was capable of seating 1000 people. 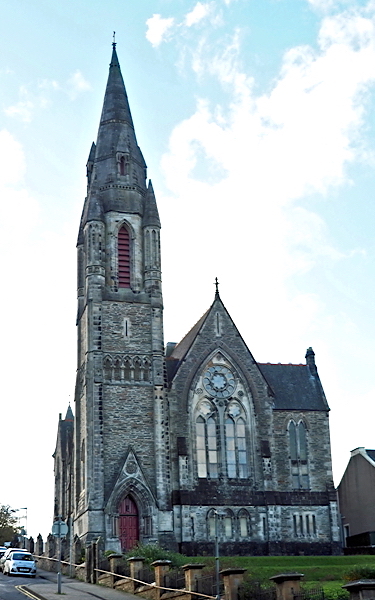 Burgh Hall, the splendid Scottish Baronial building next to St John’s Church was built in 1874 to house the municipal offices, after Dunoon was granted Burgh Status, It is now a creative and cultural hub for Cowal with exhibitions, craft outlets and a cafe. Argyll Street developed as the main shopping street and still has a good selection of small shops, mainly locally owned. 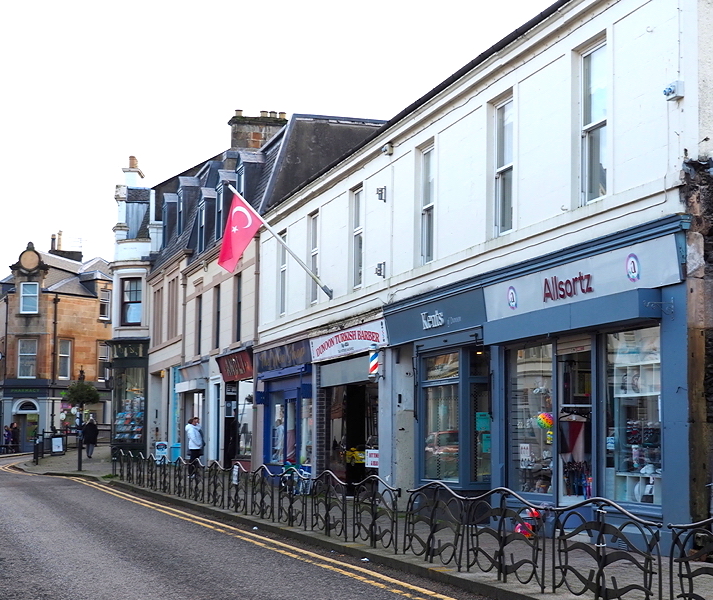 The Firth of Clyde and the long sea lochs were centres of activity during World War Two. Holy Loch was the base for the Royal Navy submarines. An anti submarine boom built across the Clyde between Dunoon and Cloch Lighthouse on the other side of the Firth, protected the area from German U-boats.

The Normandy landings of 1944 were planned and rehearsed on the shores of Loch Fyne. The daring raids on ships of the German Navy by tiny two-man submarines were the result of months of training in Loch Striven, which was also a practice area for the bouncing bomb used in the Dambuster raids in 1943.

In the early 1960s Holy Loch was the base for the American nuclear submarines. American families settled in the area and their children attended local schools. Hairdressers and taxi firms flourished, though the families shopped for American goods from their own Commissary. Many local girls married American sailors.

The last submarine left in 1992 and Dunoon suffered an economic downturn when the US navy left. The town and surrounding area are again turning to tourism as their main source of income, attracting walkers, runners, mountain bikers and cyclists to the area.

Castle Hill is a volcanic plug rising steeply from the shores of the Clyde. It was the site of Dunoon Castle, but only a few walls survive. It is topped by a flagpole and is a good view point overlooking Dunoon and the Firth of Clyde. On the side overlooking the piers is a statue of 'Highland Mary'. Mary Campbell was born in 1763 at Auchamore Farm in Dunoon, although the family later moved to Campbeltown. She got her nickname as she spoke English with a Gaelic lilt. Apparently she was tall and fair and a great favourite with everyone who knew her, due to her 'pleasant manners, sweet temper and obliging disposition'.

She met Robert Burns in the spring of 1786 and they fell in love. He wrote many poems about her. They are supposed to have become betrothed by carrying out the old Scottish tradition of a 'hand fasting ' ceremony.

In the autumn of that year, Mary went with her father to Greenock to visit her brother (another Robert.) While she was there, her brother caught Typhus and Mary nursed him. Her brother recovered, but Mary caught the disease and died in October 1786. Castle House was built in 1822 as a holiday home for the Lord Provost of Glasgow. It is a splendid castellated building with landscaped gardens leading up to it. It was the home of Dunoon Town Council Chambers before becoming a library and now a museum.

This covers the social history of Dunoon from neolithic times to the Cold War and includes the history of Clan Lamont who ruled most of Cowal. There is information about droving, illicit whisky making, the love story of Highland Mary, with a reconstruction of her birthplace, as well as reconstructed Victorian rooms and schoolroom. the history of shipping and Dunoon as a tourist centre.... I learned a lot during my visit - there is plenty for every interest - and it is well worth a visit.