The ruins of this Cistercian Abbey occupy a lovely isolated setting by the Water of Luce, north of the village. 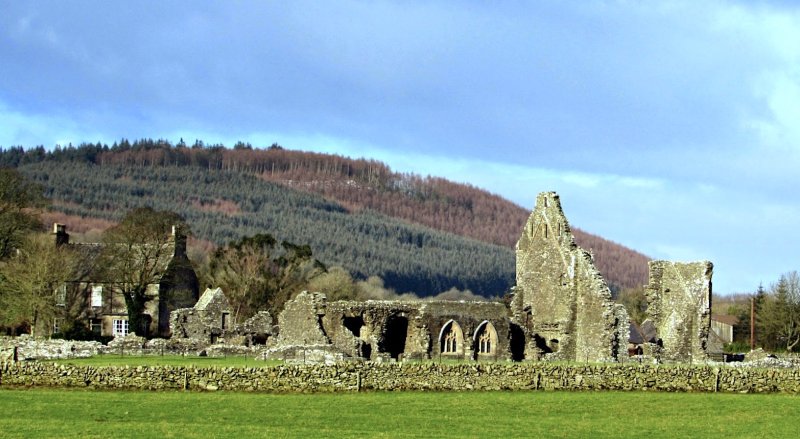 The monastery was founded in 1190 and was a convenient stop for pilgrims visiting nearby St Ninian’s shrine. Robert the Bruce, James IV and Mary Queen of Scots have all stayed here.

Little is known about its history. At the Protestant Reformation, the fifteen monks in the abbey accepted the new religion and were left to live in the abbey. When the last monk died in 1602 the abbey walls were robbed out for building stone.

The Abbey followed the usual pattern of a Cistercian Monastery with the abbey church to the north so it did not cast shadows over the cloisters and domestic buildings. It is remarkable for its piped water supply. 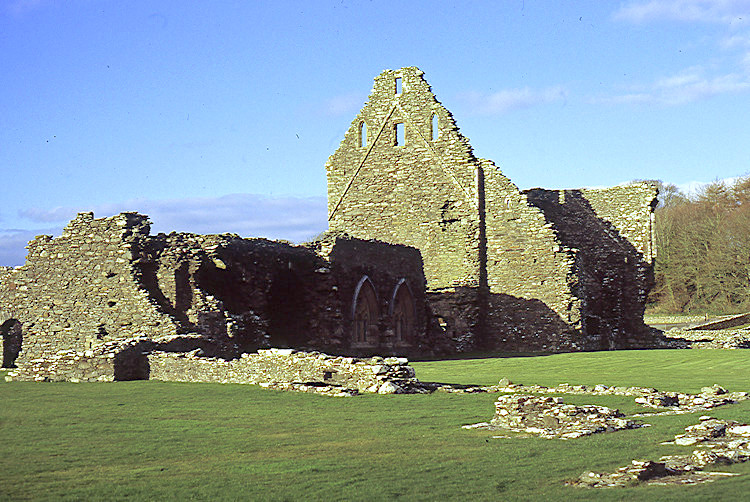 Most abbeys were built on the site of a well, but Glenluce Abbey got around the problem of a water source by laying a network of clay pipes in the foundations of the abbey. These have been left exposed in places after excavation.

Little is left of the abbey church, although the south transept still stands to nearly its original height. The chapter house was rebuilt in 1500 and still survives with its vaulted ceiling supported by a central pillar and traceried windows. Part of the cloister arcade has been rebuilt in front of its doorway. All that is left of the rest of the buildings are the foundations in the grass. 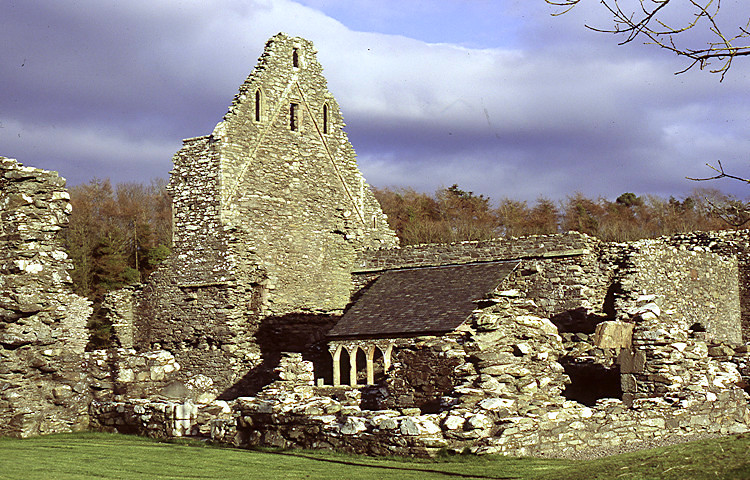 More modern buildings to the north-west also house the small visitor centre and museum. This has decorated clay tiles and some of the clay and lead pipes which supplied water to the site.

The abbey is in the care of Historic Environment Scotland.
Click to expand...