This is a lovely ruined priory, set on a small wooded island in the Lake of Monteith, and rreached by boat.

The priory was founded in the C12th by Augustinian canons who wanted to be isolated from the world to worship God. The church was built first followed by the rest of the monastic buildings. It was close to Stirling, a key centre of power in medieval Scotland. Robert the Bruce visited three times and Mary Queen of Scots was brought here as a child by her mother, Mary of Guise, following defeat of the Scottish army by the English.

The Protestant Reformation of 15760 brought monastic life to an end. In the 1800s, the romantic writings of people like Sir Walter Scott, turned it into a tourist attraction.

The church walls survive to almost their full height. Little is left of the cloisters although the warming house and the chapter house survived as it was used as a mausoleum in the 1600s.

The priory is now in the care of Historic Environment Scotland. 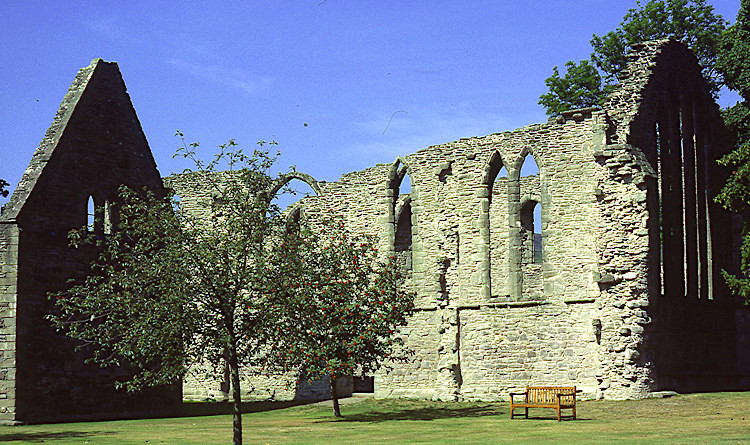 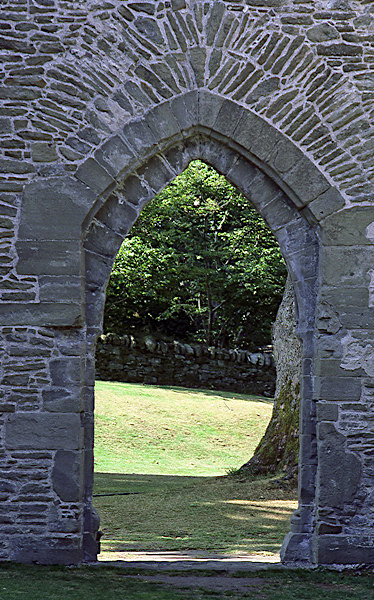