The hard granite hills of the Llyn Peninsula provided excellent stone for roads. In the C19th setts from these quarries paved the streets of Liverpool, Manchester and other industrial cities. Nant Gwtheryn was site of three large quarries providing employment for over one hundred men.

Stone was taken down steep inclines and loaded onto ships at one of three small piers from the beach. When the quarries closed down the villagers left and the houses became derelict.

The village has been taken over by a trust who have restored the houses and brought the village back to life as a Welsh Language and Heritage Centre. Still affectionately referred to as the ‘Deserted Village’, this is a popular day out for locals and visitors.

Set in a natural amphitheatre under the flanks of Yr Eifl, the valley was protected by 1000’ cliffs. The only access by land was a narrow and very steep sled track, referred to as Corkscrew Hill. Watch this Pathe News film from 1934.

All stone and other goods came and went by sea.

Before the village of porth y namt was built, the men travelled to work on a Monday bringing with them enough food to last until the Saturday when they walked back up the track to their homes. They lived in rough barrack blocks which were described at the time as the “most ungodly and uncivilised place in Llyn” as the workers spent their time feasting and drinking.

In 1878, two terraces of stone houses with slate roofs, known as Sea View and Mountain View, were built around a central green area. Providing two up and two down accommodation for families and with their own garden, they were regarded as some of the best living conditions in North Wales. The larger house with office accommodation, at the end of Sea View was for the superintendent. There was also a co-operative store and bakery. 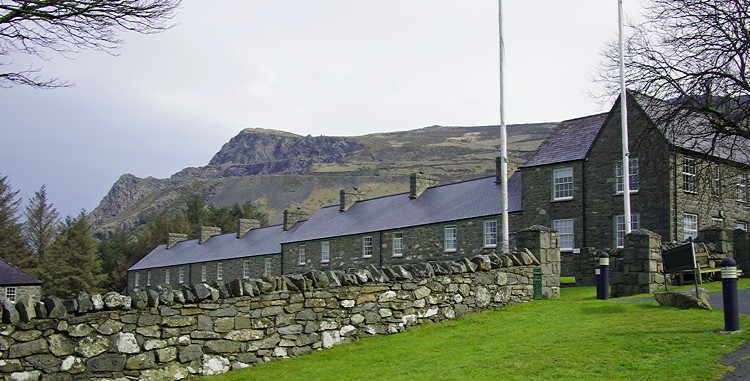 Y Plas, the large detached house at the end of Mountain View, was the home of the quarry manager. A small chapel was built which also served as the school. It was a close knit community looking to the sea for transport. The workers were paid every second Saturday and were expected to pay their rent and settle their account in the quarry shop immediately.

The quarries originally provided setts, but demand for these dropped when tarmac became popular. The quarries turned to producing chippings which were used for road foundations and railway ballast.

During the 1930s, the population began to drop as there was pressure on families to move to Llithfaen, at the top of the valley, to be nearer the doctor, shops and schools. When the last quarry closed in 1939, the last remaining inhabitants left.

During the 1970s, the derelict houses were taken over by group of hippies who lived here without water, electricity or sewage systems. They burnt floor boards and doors and smashed the slate roofs. By 1980 the village was in very poor condition. It was taken over by a local trust who wanted to establish a Welsh Language Centre.

When we first visited the are in the early 1980s, work had only just begun to restore the houses. The only way to reach the village was down the very steep sled road. The sides of the valley had been planted with conifers and the road wound its way down through them. Over the years the shale rock had become polished and if damp was very slippery. The village felt sad, unloved and forlorn.

Now it is fully restored and is again an attractive and thriving settlement, providing accommodation for people attending Welsh Language courses. A new terrace block to provide more accommodation has been built behind Sea View terrace. One of the cottages has been furnished to show what life was like here in 1910. The chapel has been extended and is now a Heritage Centre with information about the history of the village and the people who lived and worked here. There are examples of tools used to work the granite sets.

A cafe has been built at the end of the village overlooking the sea. This provides food for people on courses and also day visitors.

There are a series of bilingual panels around the village with information about its history. A track drops down from the village past the cafe to the beach of Porth y Nant, 200’ below. From here, a circular way marked walk goes up through some of the old quarry workings. The remains of the old quarries can be seen as terraces on the hillside. Narrow gauge tramways provided transport along the different levels which were connected by shutes or steep inclines. In the village is a replica of a truck filled with stone sets. The remainbs iof wheelsand axils can be seen. 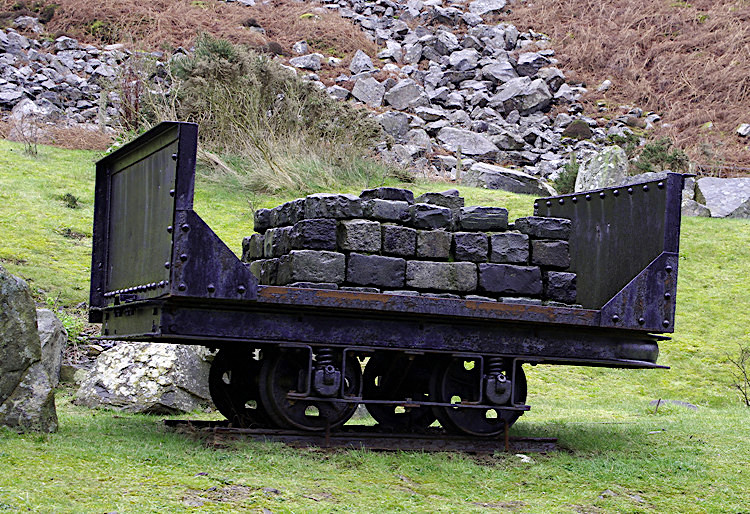 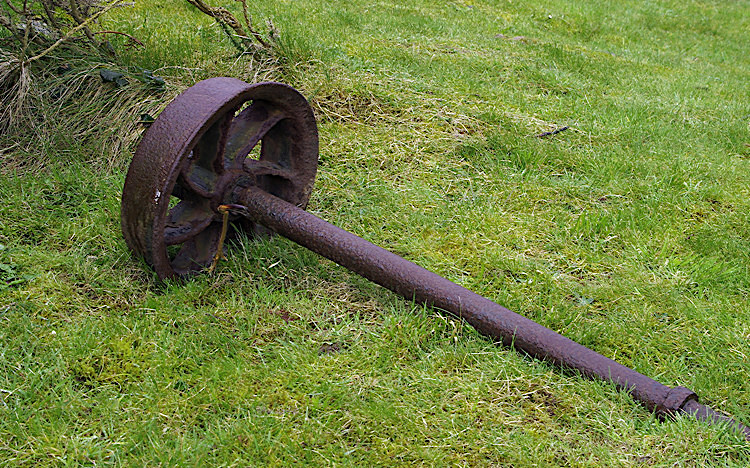 There are the remains of wheels and crushers used to crush stone to make different grades of chippings and also the storage bunkers for the chippings. At low tide the traces of the three piers which served the different quarries can still be made out.

On a sunny day this is a delightful place to visit. It is quite easy to spend a day here. There is a large car park above the valley and from here there are footpaths
to the iron age hill fort of Tre’r Ceiri or to the summit of Yr Eifl. The bridle track goes over the col to Trefor. This also gives access to the terraces of quarries on the north hillside above Nant Gwtheryn where the lines of the old tramways can still be followed.

A footpath the other way goes across the fields to the tiny pilgrim church at Pistyll.

For anyone wanting to learn about the heritage and culture of the area, this is the place to visit. There is more about life in the village here.