Narberth is a small town about ten miles north of Tenby. It is often included in coach excursions from Tenby for its “shopping centre , local foods and art galleries”. But there is a lot more to Narberth than that!

It is along the Landsker Line, the language border between Welsh and English speaking areas of Pembrokeshire and Carmarthenshire. A series of castles, including one at Narberth, was built along the line by the Norman Kings in the C11th and C12th. A town grew up in the shelter of Narberth Castle and became the administrative centre for the area. Today it is an attractive small town with a good range of family owned shops and multicoloured Edwardian and Georgian buildings. 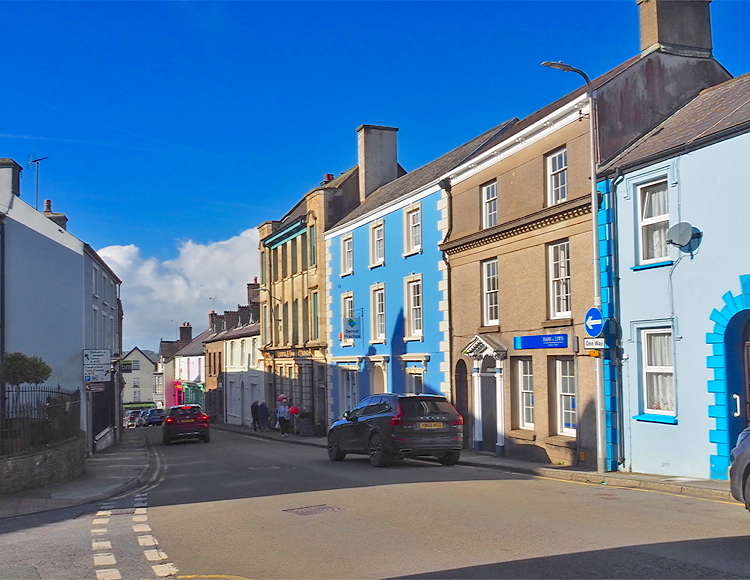 The war memorial is in the Market Square with roads radiating off it, Just up the road is the Town Hall with its clock tower. This was commissioned in 1833 as a combined lock up with a court house above. The door into the lock up can still be seen. 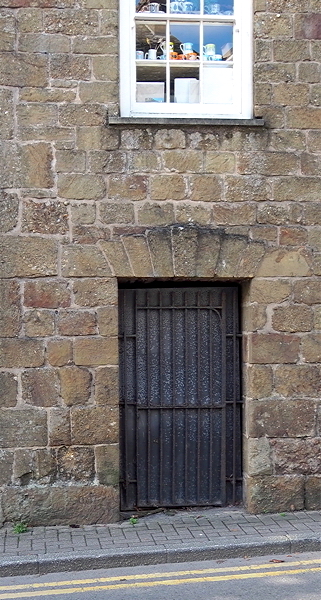 By mid C19th, the building was becoming dilapidated and the magistrates moved out. The court room was used as a mechanics' institute with a library and a reading room. It is now 'Pembrokeshire Living' selling local crafts.

The Bethesda Baptist Church is set back off High Street.

Narberth Museum in the Bonded Stores building on Church Street covers the history of Narberth as well as hosting temporary exhibitions. It has a coffee shop and bookshop. Next to it is the Catholic Church of the Immaculate Conception. At the end of Church Street is St Andrew’s Church. A church was built here in the C13th but was restored and rebuilt at the end of the C19th. Only the tower, north chapel and part of the north wall are left of the original church. Beyond are views across the Pembrokeshire Country side. Narberth Castle to the south of the town is hidden by trees and not the easiest place to find. There are just a few glimpses of the tall ruined keep from the road. It is entered through an unmarked wooden gate at the junction of the A478 and Castle Terrace. Inside is a grassy area, surrounded by trees with the castle ruins and information boards. Narberth Castle stands on top of a hill guarding an important routeway and ford. It has been thought this could have been the site of a pre Norman Celtic stronghold mentioned in the Madinogion.

Pembrokeshire was seized for the Normans by Arnulf de Montgomery in 1093. He established substantial fortresses at Pembroke and Haverfordwest, along with a series of smaller fortifications to secure their properties. Narberth Castle later became the property of Roger Mortimer, Lord of Wigmore.

The first building would have been timber with a deep defensive ditch surrounding an inner and outer bailey. After attacks by the Welsh in the C13th, this was replaced by a stone castle with curtain wall, corner towers and great hall. The castle suffered a series of attacks by the Welsh and passed through a series of owners. By the C17th, it was a ruin. stone had been robbed out for building material. It is now the property of Pembroke County Council.

Little remains of the buildings. The keep stands on a slight mound and was high status accommodation. At the far end of the site is the remains of the Great Hall where the household ate and slept. To the side is the solar above an undercroft.