Again, you are spoilt for choice and this is a very brief section covering some of my favourites.

The north east was the centre of early Christianity and Lindisfarne Priory was founded in the C7th by St Aidan and St Cuthbert was Prior here. The beautifully illustrated Lindisfarne Gospels were written here in the C8th. The church survived the Dissolution of the Monasteries, becoming the parish church, but the rest of the priory buildings are now in ruins.The small museum has a collection of carved Celtic stones.

The border countries were fought over by the English and Scots for centuries and there are many ruined castles. Prudhoe castle stands high above the banks of the River Tyne. Proud Dunstanburgh with its links to John of Gaunt, stands above the North Sea and is reached by a bracing walk across the cliffs. Make sure you stop in Craster for some genuine Kippers.

Warkworth is one of the few ‘chocolate box’ villages in Northumberland. 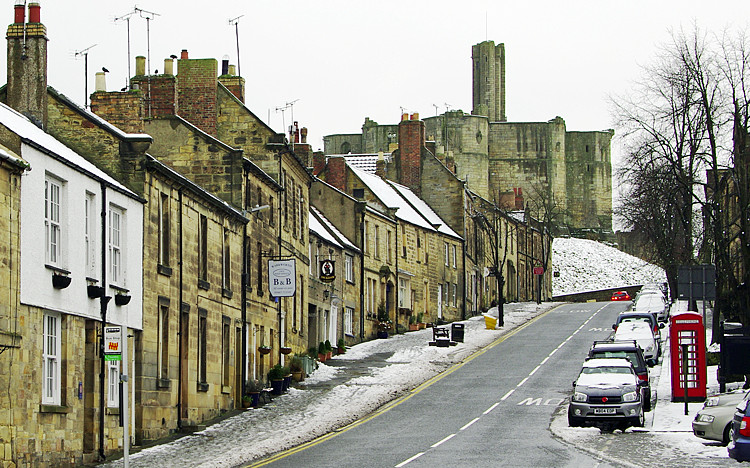 The castle stands at one end of the village, with the church at the other. This was once the stronghold of the Percy Family and Harry Hotspur. The 4th Duke of Northumberland restored rooms in the keep for his use in the C19th. There is another hidden gem close by - Warkworth Hermitage. This can only be reached by rowing boat across the river. It is a monk's cell carved into the rock face and very special.

Norham Castle above the River Tweed guarded the Scottish Border from the C12th, falling into ruin after the Union of the Crowns in 1603. 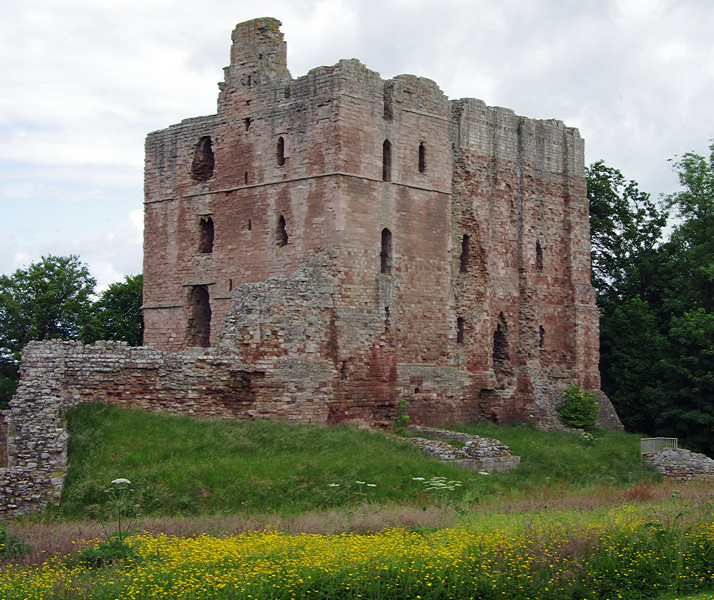 There is also little left of Thirlwall Castle, built from stones taken from the nearby Hadrian’s Wall. 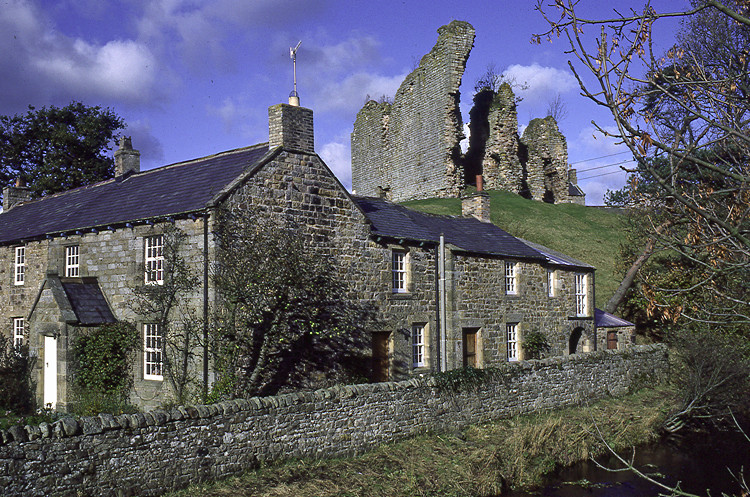 This was part of the Debatable Lands and suffered from hundreds of years of infighting between the English and Scots.

Aydon Castle is a C13th fortified manor house near Corbridge and another hidden gem.

The ruins of Tynemouth Castle and Priory stand above the mouth of the River Tyne and have been guarding the area from Saxon times to the Second World War. The early Kings of Northumbria were buried here.

There are centuries of history at Belsay Hall and Castle, and it is an excellent example of how buildings like this change over time, from the ruins of 14th century castle, 17th century manor house and 19th century Greek revival style Hall. There is a lovely walk through the quarry gardens which provided the stone for the 19th century hall.

Alnwick Castle, the home of the Duke and Duchess of Northumberland for over 700 years, must be at the top of the list of Northumberland castles to visit. It was used for filming scenes for the Harry Potter movie series. The gardens designed by the Duchess are stunning with their water features. They have been described as one of the best contemporary gardens in Europe. Don't miss the Poison Garden! As well as visiting the castle, allow plenty of time to wander round the town with its eclectic selection of family owned shops (the butc her is highly recommended) and visit Barter Books in the old Station Building.

Chillingham Castle in the north of the county and off the tourist beat, is definitely different. Dating from the C12th, this was a roofless shell until being lovingly restored over the last 30 years. It is once more a much loved family home. If you are expecting the usual stately home, you may well be disappointed as this is repository for family belongings and memorabilia collected over the years. There is everything from Tibetan prayer horns to antlers and Chinese temple dogs to spinning wheels. People either love it or are very disappointed. You do need a sense of the absurd to appreciate it. Look out for the herd of wild white cattle which roam the grounds and are descendants of the prehistoric wild oxen that once roamed Britain.

Wallington Hall dates from the late C17th is a pleasant house and was a centre for the pre-Raphaelite Brotherhood and the walls of the central hall are covered with their paintings.

Cragside, near Rothbury, was the main home of William Armstrong who was an industrialist from Tyneside who had made his money from Armaments. It was the first house to be lit with hydroelectric power, generated in the grounds. It is a marvellous example of Victorian wealth and ingenuity with a system of warm air ventilation and an early form of central heating using hot water fed through a series of pipe coil heaters and radiators

There are extensive grounds with wonderful walks. Visit in May for the rhododendrons or in autumn for the colours. Make sure you allow time to also walk round Rothbury, an unspoilt small town with broad tree lined streets

Armstrong was a great benefactor and philanthropist and bought the ruined Bamburgh Castle which he restored as a convalescent home for his workers. It is still owned by the family. The castle has one of the most spectacular settings of any British castle and this is the picture you see in all the tourist literature, usually taken from across the beach. (Also take time to visit the church and the Grace Darling Museum. The butcher is highly recommended too.)

Lindisfarne Castle stands on a rocky promontory overlooking the island. Built as a C16th fortress, this was converted into a comfortable family home by Sir Edward Lutyens and in now in the care of the National Trust.

This is one of a series of Travel notes on Northumberland:
part 1 - Overview,
part 2 - Hadrian's Wall,
part 3 - North Tyne Valley,
part 4 - Castles and Stately Homes.

I spent 6 years in Durham in the 1960 and fell in love with the north east. Since then we have spent many happy holidays in the area. Most of the pictures were pre-digital and unfortunately most haven't been kept....
Last edited: Dec 20, 2021
Click to expand...