For centuries the border between England and Scotland was known as the 'Debatable Lands". As well as bloody battles between the English and the Scots, this was a lawless area with perpetual feuds between the major border families. It was a bit of a ‘no’go’ area with Cattle rustling, feuding, murder, arson and pillaging were all common occurrences. It was a time when people owed their tribal or clan loyalty to their blood relatives or families. And it was common for these families to straddle the Border.

The Border area was poor farmland, suitable only for grazing where raiding or reiving was seen as an acceptable way of life.

Raids were planned like military operations and could involve gangs of armed men and last for days. More modest raids might involve no more than a short moonlit ride, a quick plunder from a small farm followed by a dash home for breakfast. Most raids took place in the winter months with their long dark nights and cattle and horses were well fed and in good condition..

The Reiver rode a small sturdy pony known as a hobbler, which was noted for its ability to cover great distances over difficult ground at high speed. On his head the Reiver would typically wear a steel bonnet and a quilted jacket of stout leather sewn with plates of metal or horn to protect his body. Although the Reiver carried a variety of weapons including sword, dagger and axe, his preferred weapon was the ‘lang spear’ or Border lance.

During two raids in 1544, Reivers from Northumberland got away with 723 cattle, 108 horses and 104 prisoners. The Devil’s Beef Tub near Moffat was regularly used to hide cattle seized by the Scots.

The Charlton family still have the spur the lady of the house would serve up to her husband that the larder needed replenishing and the men would need to go reiving if they wanted to eat.

In an attempt to keep some sort of law and order, the border area was divided into three Marches on either side of the border - East, Middle and West - each controlled by a Marcher Lord - an almost impossible position. Their duties included duties included the maintenance of patrols, watches and garrisons to deter raiding from the other kingdom. They were also expected to maintain justice and settle disputes. They were rarely ineffective and many were actually involved in reiving themselves....

In was a vain hope as Parliamentary decrees issued by both countries in 1537 and 1551 stated , ‘all Englishmen and Scottishmen are and shall be free to rob, burn, spoil, slay, murder and destroy, all and every such person and persons, their bodies, property, goods and livestock . . . without any redress to be made for same’. Neither side wanted the responsibility to impose control on an area

It wasn’t until the Union of the Crowns in 1603 when James VI of Scotland became James I of England that more settled times arrived. In 1605, he established a commission to bring law and order to the region. In the first year of the commission’s existence it executed 79 individuals and in the years which followed, scores more were hanged. Other Reivers were encouraged to leave and serve as mercenaries in the armies of continental Europe. The Armstrongs and the Grahams were singled out for special treatment and were banished to Fermanagh in Ireland. By the 1620s, peace was eventually established along the border.

While the nobility and wealthy local families lived in castles, the rest of the population lived in fortified stone houses known as peles or bastles. Their remains can be seen along both sides of the border.

Peles were stone built tower houses built between the C13th to the C17th. They usually had three storeys and were constructed purely for defence. They had very thick stone walls and were virtually impregnable against the reivers and were lived in by both rich and poor. They were often surrounded by a stone wall or barmkin, where cattle and livestock could be kept overnight. They had two doors. The outer door or 'yett’ was made of iron. The inner door was wood. Windows were small. The ground floor was used for storage, or to keep animals safe if a raid was likely. The upper floors were the living accommodation and reached by a narrow internal spiral staircase.

Smailholme Tower in Roxburghshire, on the Scottish side of the border, stands on a rocky outcrop with views across to the Eildon Hills and the Cheviot. 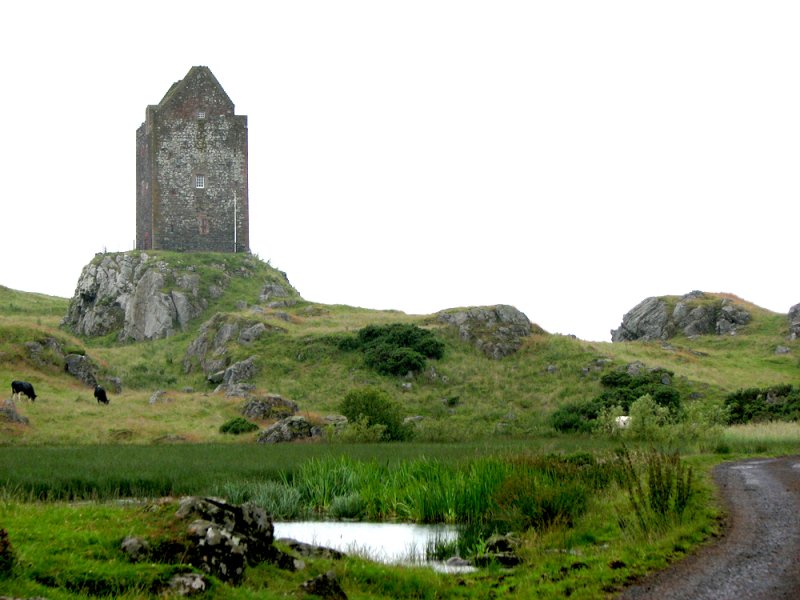 It is still surrounded by its protective barmkin wall. The only entry is through a wrought iron door, known as a yett. A lattice of wrought iron bars was covered by planks of wood riveted into place. 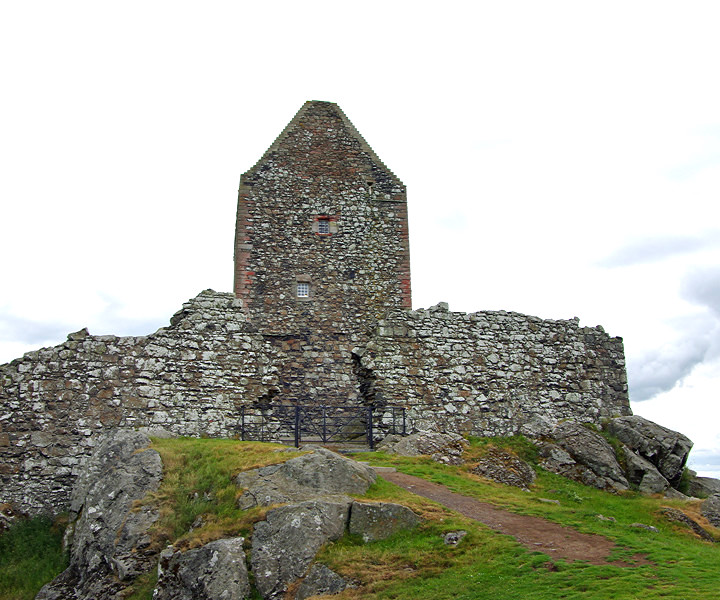 Sir Walter Scott came to live here with his grandparents when a child and learned all the Border stories and history which influenced his novels. There is an exhibition about his work in the Toiwer.

Greenknowe Tower just a ferw miles north, belonged to the mighty Gordon Clan and was substantially rebuilt in the C16th. It is now a roofless shell but still has its wrought iron yett. 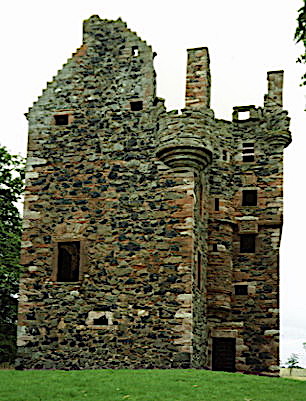 Gilnockie Tower on a bend in the River Esk can be seen from the A7. It was the ancestral home of the Armstrongs. It had four storeys with a vaulted cellar, hall on the first floor with bedrooms and living quarters on the second floor and an attic space above. The walkway round the roof had good views across the surrounding landscape. It has now been restored as the Armstrong Clan visitor centre with cafe and shop. It is also a wedding venue. 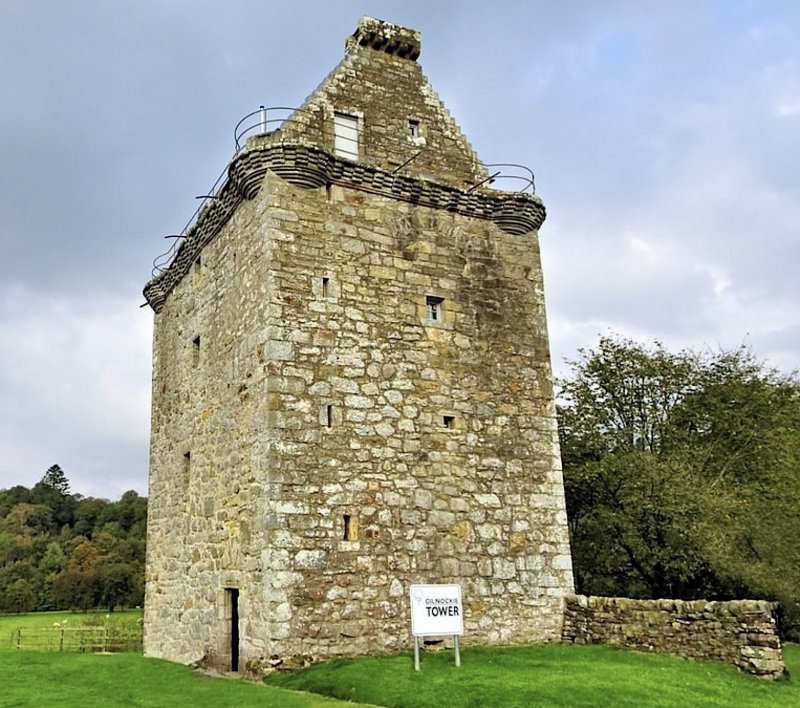 Vicar’s Peles were common in Northumberland.The Peel in the churchyard of St Andrew’s Church in Corbridge was built in the early C14th, reusing masonry from the Roman Wall. As well being used as the home of the vicar, it was also a place of protection for the townsfolk during a raid. It served as the vicarage until the C17th, when it was abandoned. 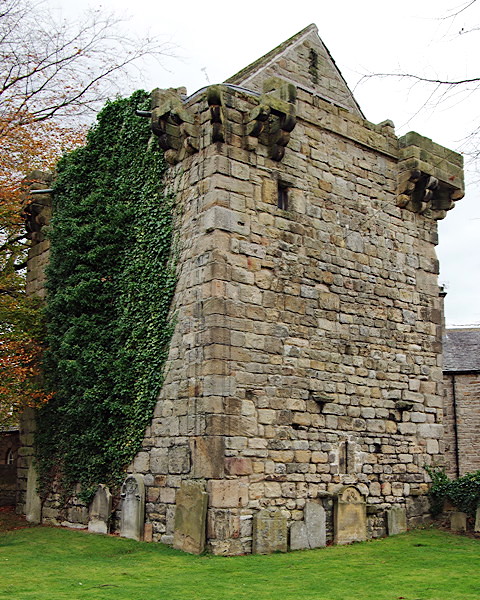 The peel in Embleton churchyard was built in the late C14th to protect the villagers after a series of raids by the Scots. It is much more substantial than Corbridge peel and a vicarage was added to one side in the early C19th. It was used as the vicarage until the late C20th, but is now a private home. 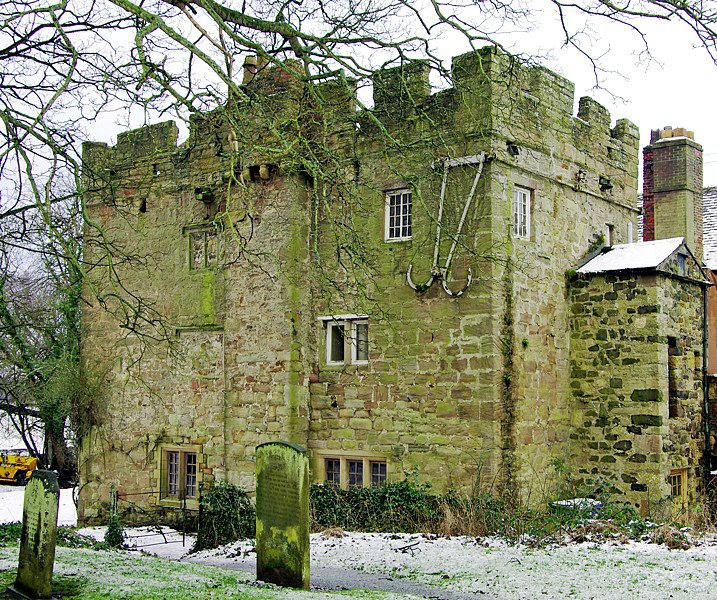 The Peel Tower at Elsdon is possibly the best known still retains part of its barmkin wall. It was used as the vicarage until 1960 and is now privately owned with no access.

The remains of peles can be seen built into later buildings, like at Willimoteswick in the South Tyne Valley which is still a working farm. 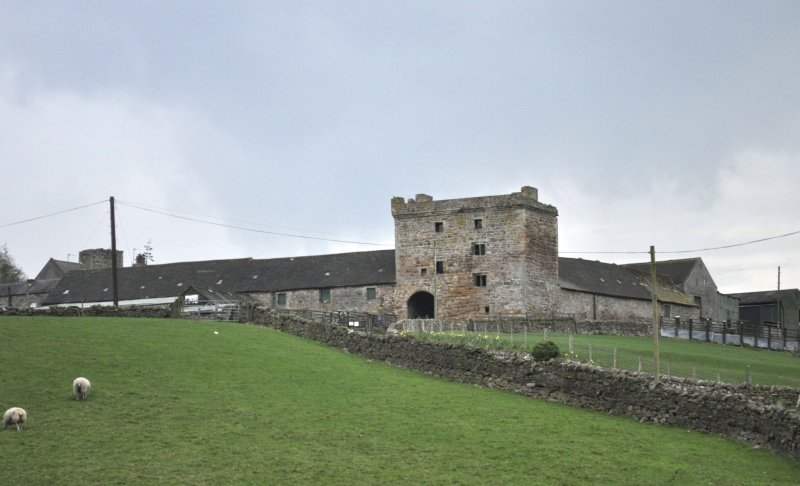 Others like Barty’s Pele on the Tarset Bastle Trail in Kielder Forest are now just a ruin. 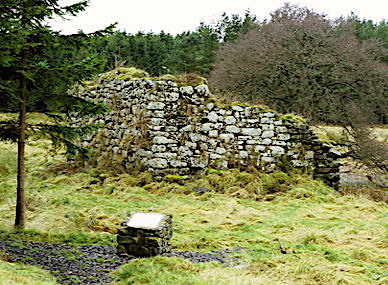 Bastles were large fortified farmhouses and most were built in the C16th or C17th. They were designed for family living as well as defence. The ground floor was used for storage and livestock and had narrow slit like windows. The first floor living quarters were reached by an internal staircase or wooden ladder, which could be pulled up overnight. When more settled time arrived, an external stone staircase was built to reach the first floor living quarters.

Good examples of bastles can be seen in the tiny hamlet of Gatehouse in Tarsett, North Tynedale. There were originally five bastles here, and the remains of four can still be seen, which are now used as barns. 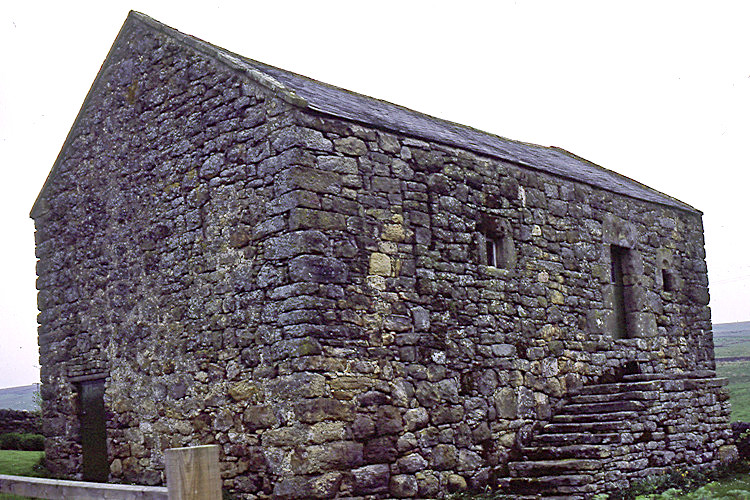 Black Middens Bastle, at the top of the Tarsett valley is surrounded by desoslate moorland. The bastle was still inhabited in the C19th but is s now a ruin. 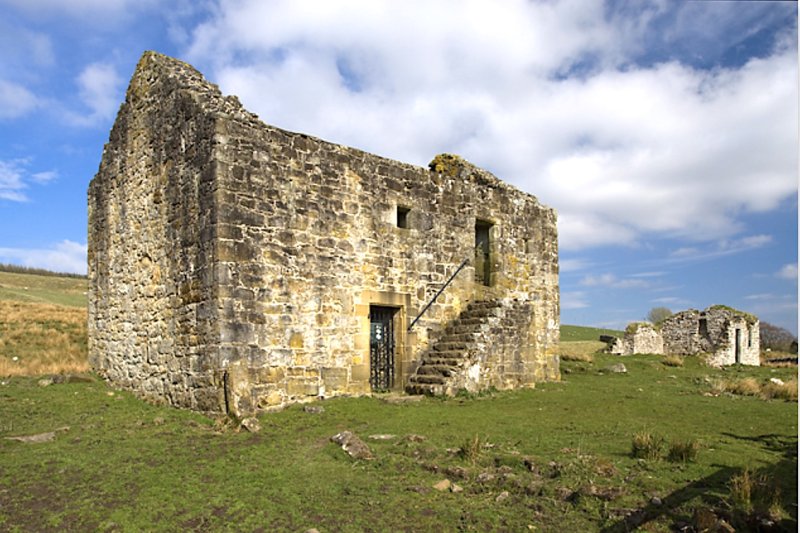 Woodhouse Bastle near Holystone in Northumberland has been restored by English Heritage and gives a good impression of what the original bastles would have been like. 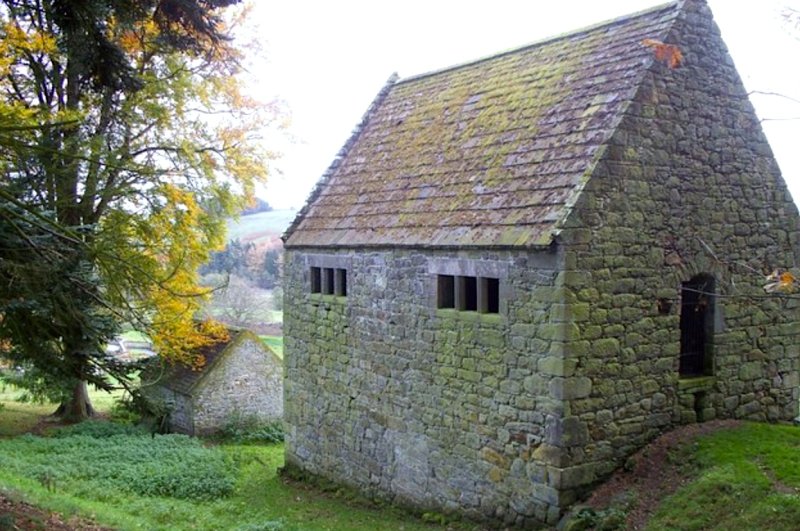