Penmon Priory is a delightful spot at the south eastern tip of Anglesey. Part of its charm is that it has yet to reach the tick list of must see sights and doesn’t get many visitors. Although the Romans brought Christianity to Wales, it never really became established until the arrival of Celtic missionary saints in the C6th who established small monasteries, usually around an existing holy well.

St Seiriol, who was of noble birth, settled here in the C6th and built a small cell (clas) next to a holy well and began to preach and baptise. Gradually a monastic settlement grew up here and its fame spread. It became very prosperous with two fine carved stone crosses, but it was looted and destroyed by the Vikings in the C10th.

The present stone built Abbey Church dates from the C12th and is regarded as the finest and most complete examples of a church of this period in Gwynedd.

In the early C13th, the Celtic community was reorganised under the Augustinian Rule and the refectory and dormitory buildings were added. The priory was dissolved in 1538 and became the property of the Bulkeleys of Beaumaris, who lived in the prior’s lodging. They enclosed much of the land as a deer park with a tall stone wall round it and built the dovecot. The priory church remained in use as the parish church.

The prior’s lodging is now a private house, but there is access to the church, the ruins of the monastic buildings, St Seiriol's well and the dovecote.

The dovecote is a massive stone building with massive domed roof with a cupola at the top. It was built by the Bulkeleys in 1600 and could house nearly 1,000 birds. Entry is through a tiny door with a step down. The inside is lined with nest boxes. The central pillar is thought to have provided support for the ladder needed to access the nest boxes. The doves could fly in and out of the cupola. 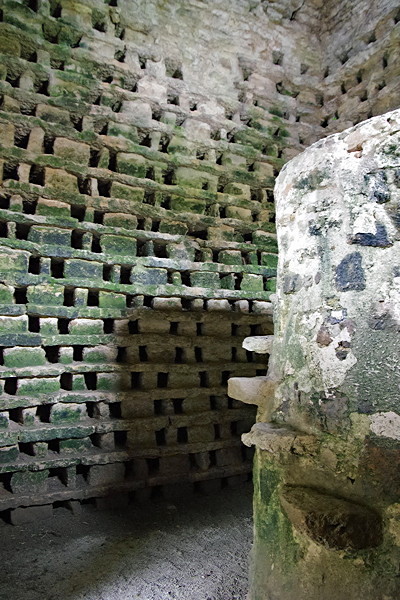 St Seiriol's well is reached by a path from the car park, past the monastic fish pond. The stone foundations by the well building were probably a monastic cell used by St Seiriol. 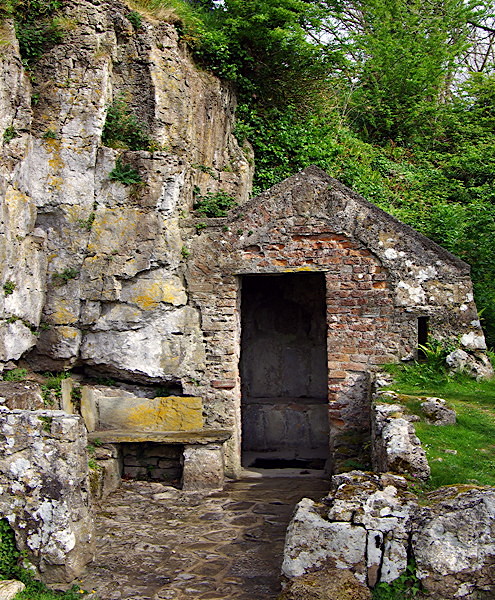 Inside, the lower part of the well chamber surrounded by flat stones may date back to early Christian times. There are stone benches and recesses in the walls where offerings could be left. The well was reputed to be a healing well as also provided fresh water for the monastery. The C13th south range below the church is now a roofless shell but contains a tall inscribed stone cross. 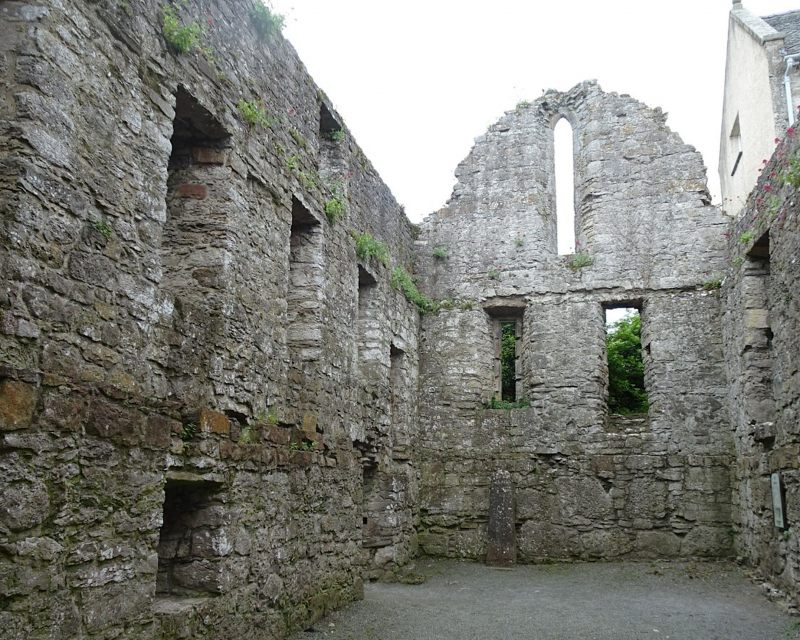 This contained the domestic areas. On the ground floor were cellars and storage areas. On the first floor was the refectory, reached by an outside stair. It would have had a door into the cloisters which were at a higher level than the present road. Above would have been the dormitory. To the right is a later C16th building with a fireplace which may have been the private apartment for a senior member of the monastic community.
http://wasleys.org.uk/eleanor/index.html

The Priory Church of St Seriol stands above the road and is reached up a flight of steps. Entry into the church is through a small wooden porch which leads into the chancel. First impressions are disappointing, as the original chancel was restored in the C19th and now serves as the church. It is very plain with hammer beam roof with small gold flowers on the beams. Steps lead up to the sanctuary with altar and panelled reredos across the east end. This has a small Agnus Dei and a pelican on the panels. On the wall near the pulpit is a small C13th Limoges enamel. The original is on the left, with a modern reproduction on the right. This was found buried near the altar during the C19th restoration work. It shows the figure of Christ with his right hand raised in blessing and holding a book in the other hand. The original may have been attached to the binding of a book, or on a shrine or processional cross.

By it is a lovely stained glass window dated 1969 “Peace, be still” with Jesus in a fishing boat, calming the storm. At the bottom are the images of two monks and Penmon Priory.

The best bit of the church is through the chancel arch and into the original Norman nave.

The round crossing arches, supported on pillars with carved capitals, are pure Norman with chevron and chequerboard carvings and are some of the best Norman carving in North Wales. The south transept has blind Norman arcading round two walls with pillars with carved capitals and bases. Mounted on the west wall are two C12th carvings. One is a shiela-na-gig and the other of a man carrying an axe. Standing in the middle of the transept is a C10th cross, standing on a modern base. One of the arms of the cross has been broken off as it was used as a lintel for the refectory windows. The Norman window has an image of St Christopher with the Christ Child. On the wall is a small slate memorial to Thomas Wilsford d.1645 with a shield with three lions and a skull in the bottom right hand corner, a reminder of man’s mortality.

The original nave is now empty apart from a square font at the west end. This dates from around 1000 and has a carved geometric design. It may have originally have been the base of a cross. Next to it is a small piscina made from an old pillar. Standing against the north wall is another cross dating from about 1000AD. It would originally have stood in the open. The cross has been broken and mended. The top is very eroded and may have come from another cross. The carving on the base shows a strong Scandinavian influence with plait and fretwork carvings. It is worth going out through the south door to look at the outside with its tympanum of a carved dragon with its head twisted back, standing on a cross hatched pattern. This is a delightful site, still very unspoilt and usually fairly quiet.

The church is at the end of the unclassified road to Black Point. There is parking nearby, but this is private and there is a charge which also includes the toll to drive down to Black Point at the tip of the peninsula with views across to Puffin Island and the North Wales Coast. If time allows, this is a worthwhile extension to the trip.
http://wasleys.org.uk/eleanor/index.html
You must log in or register to reply here.
Share:
Email Share Link 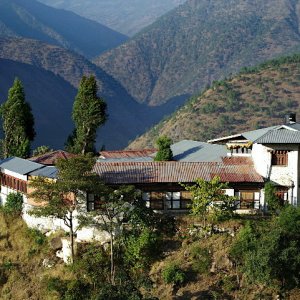 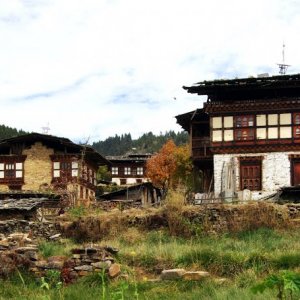