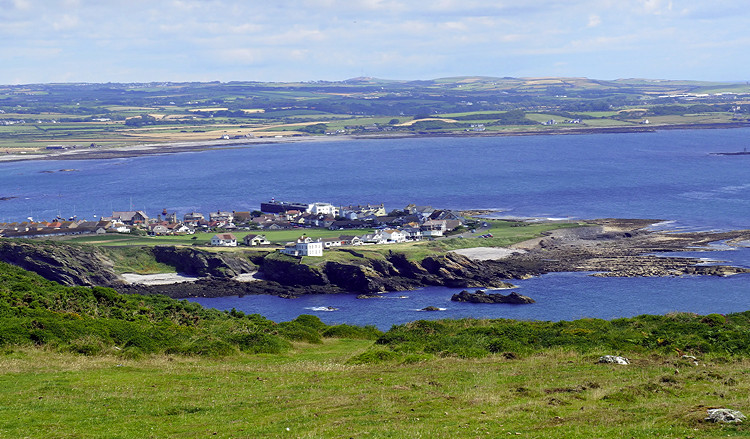 Port St Mary was originally a major fishing and trading port, with its own boat yards, while near by Port Erin was still a handful of fishing cottages along the beach. The oldest part of town is still snuggled round the harbour with streets lined with two story buildings. The inner harbour with its small lighthouse at the end, was built 1812. It is tidal and dries out from half tide. The outer harbour was created in 1882 when the long Alfred Pier was built. This is accessible at all times, and is unique among Manx ports. RNLI lifeboat has a permanent floating mooring inside the outer breakwater.

The harbours are still busy, although they are now mainly used by pleasure craft and the Isle of Man Yacht club has its head quarters here. 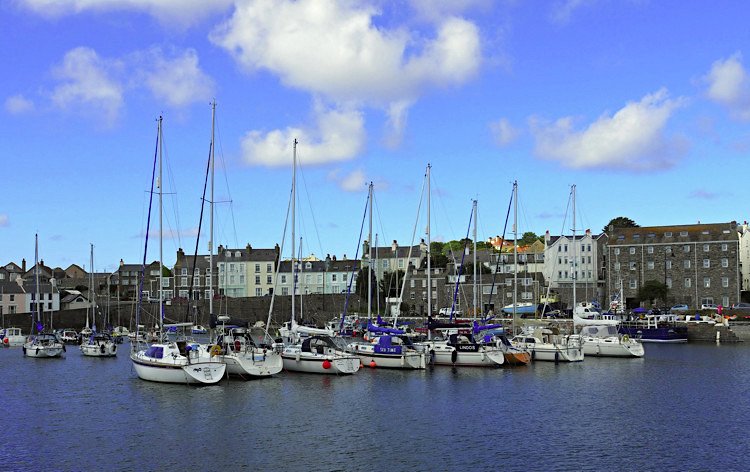 There is still some fishing, mainly for crabs, lobsters and queenies. The older part of the settlement is based around the harbour. Small Manx cottages can still be found here, although no longer with their thatched roofs. 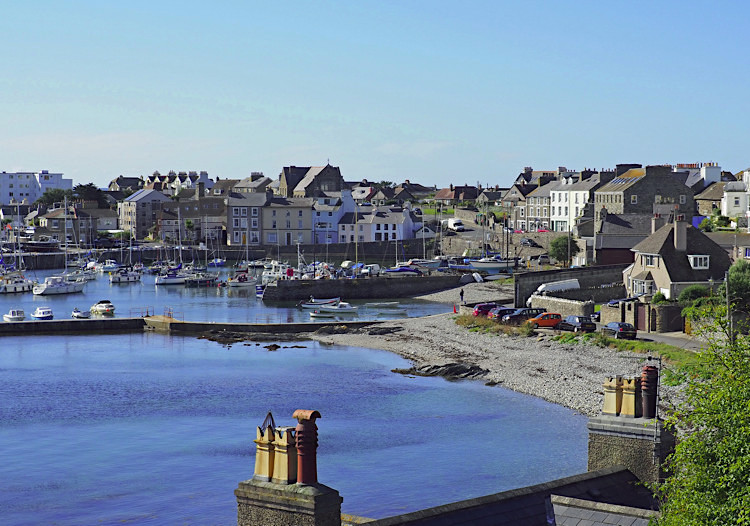 There are large stone built warehouses and fisherman’s cottages nestling under the cliffs of the along the Underway. Above them are the larger houses of the merchants or ship owners. The railway arrived in 1874, with a station to the north of the village next to the Station Hotel. Hotels for Victorian holiday makers were built along the Promenade overlooking Chapel Bay to the north of the Harbour. This is a small enclosed bay with golden sand at low tide. Beyond is Gansey Point with Cronk ny Arrey Laa in the background. Beyond is a long sandy beach. The Town Hall, an imposing stone built Victorian building is at the start of the Promenade and houses the local government offices and a tourist information point. This is thought to be built on the on the site of the original keeill which gives Port St Mary its name.

St Mary’s Church is an imposing building in the centre of the town, midway between the Promenade and the harbour. It was built in 1884 by public subscription, so parishioners did not have to walk to Kirk Christ Church, as this was as this was ‘very inconvenient for them, especially in the winter season’. It is a plain building inside with some rather nice C20th stained glass. The Chasms set above the cliffs to the south off Port St Mary are a short walk from the town. This is an area of sandstone which dips towards the sea and has suffered from slippage. This has resulted in the sandstone breaking into into large blocks separated by deep fissures. These vary from a few inches to several feet across and are very deep. In the summer they are very overgrown with heather and other vegetation.