St Andrew’s church is set back off the busy A170 and I’ve often driven past it with hardly a glimpse. It is worth stopping though, as the church contains some of the best Viking Crosses in England. Part of the churchyard is a wild flower area. 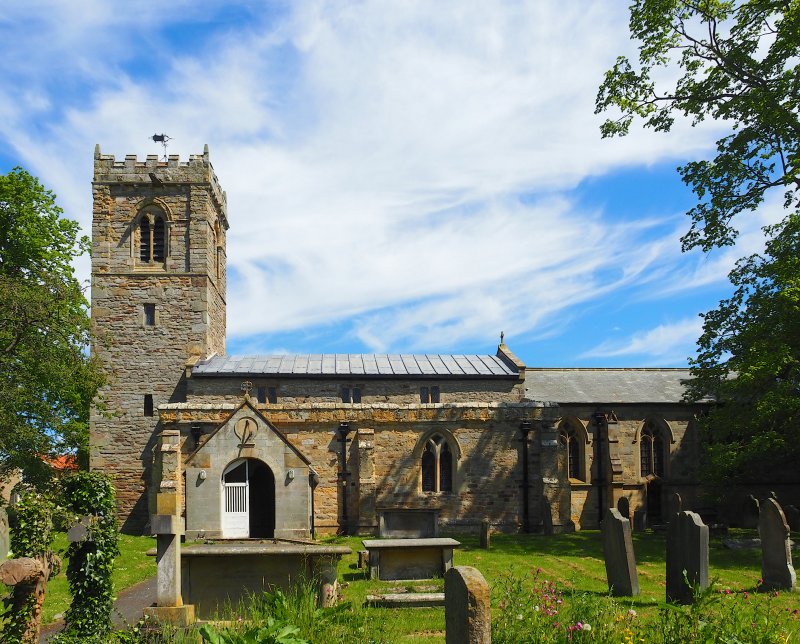 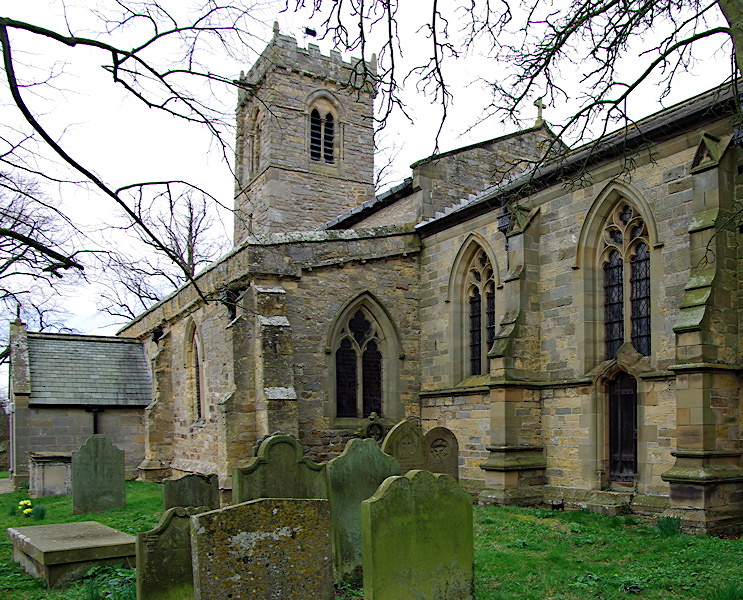 There has been a church here since Saxon times and the base of the tower is Saxon. On the west wall is a blocked off Saxon doorway with a later oval window at the top. The battlemented top is later and probably late 12th or early C13th. Embedded in the wall above is an C8th Anglian cross. The nave is Saxon/Norman although the clerestory and side aisles were added later, as was the south porch with its sundial dated 1782. The chancel was rebuilt in the C19th but in the style of the C14th.

Entry to the church is through a lovely C13th doorway with a trefoil arch above. The nail studded door has long narrow carved arches with a portcullis effect carving above. On the inside, horizontal and vertical bars give added strength. 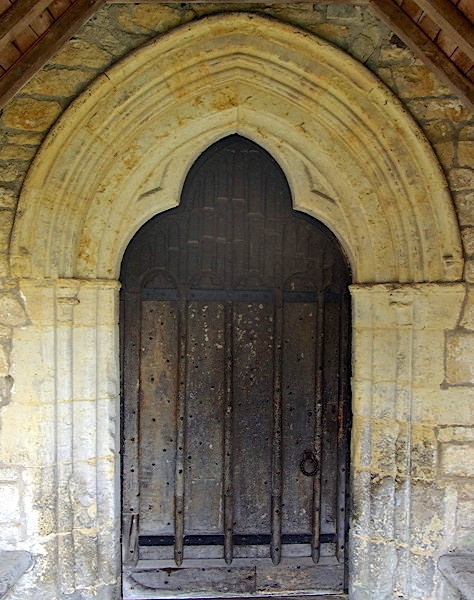 The nave is plain, almost austere, with the clear glass clerestory windows allowing plenty of light into the church. C12th Norman arcades with solid round pillars and round arches separate the nave and side aisles. The North arcade is earlier and the capitals are less fancy. There are a few monuments on the walls. The stone bench along the north wall is original and dates from the time the worshippers stood. The old and infirm were allowed to sit on a bench. It is the origin of the expression “the weakest go to the wall’.

At the back is a simple round stone font with a tall pyramid cover. The vestry is in the base of the tower. 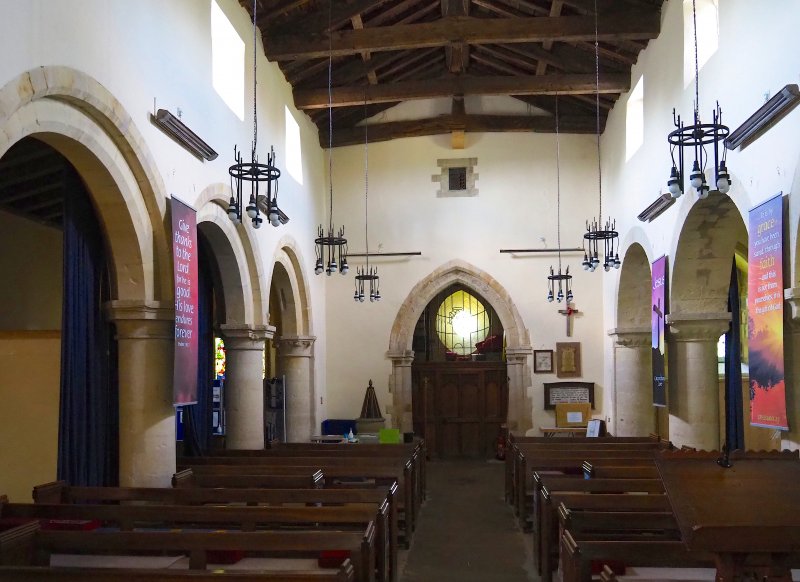 The panelled wood pulpit is early C18th with an inlaid marquetry eight pointed star on the underside of the sounding board. John Wesley preached here in 16th July 1766, using John 4 v26 as his text. This must have been a momentous occasion as it is mentioned with pride in the church guide.

The chancel has a hammer beam roof with bosses. There is a massive organ on the north wall dates from 1891. There is a simple altar beneath the stained glass east window. At the side is a C16th or C17 wooden chest. Some of the choir stalls are C15th and still have misericords. The highlight of the church are the C10th Viking crosses, which are now displayed in the north aisle. These have a mix of Christian and pagan symbols. Crosses A and B were built into the tower before being rescued and displayed in the church. This may explain why parts are so eroded.

1 visited in February 2014 and again in June 2021, which explains the different lighting and colour of the crosses in different pictures.

Cross A stands about 3’ high. It is a beautifully carved wheel head cross with the figure of a hunter with a spear, short sword and two hounds. Below him is a stag with big antlers. On the other side is a carving of either a dragon or snake bound by a rope. 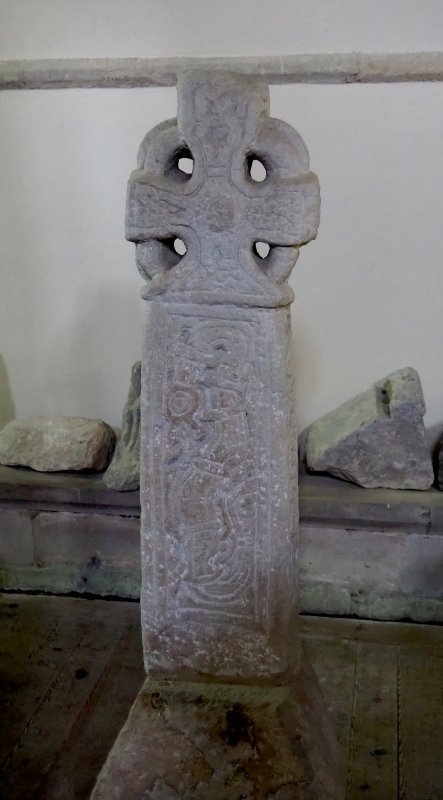 Cross B is referred to as the Middleton Cross and is the most famous. It has a carved warrior with a pointed helmet, sword, spear and axe. It is more crudely carved than Cross A and may have been done by a local craftsman. Cross C has a raised boss in the centre of the cross and beautiful interlinked scroll work on the shaft. The front has a celtic knotted rope pattern. All that is left of Cross D is part of the shaft with the carving of a helmeted warrior with a forked beard. A knife is slung from his belt Cross E is part of the top and base which have been joined together and have very eroded interlaced designs. The top was part of a ring cross. The base has the head of a warrior with a pointed helmet. By the crosses is an old stone coffin with hog’s back lid with a sword carved on it. The Church is open daily and there is is parking outside on the road. The post code is YO18 8PB and the grid reference SE 782855.
http://wasleys.org.uk/eleanor/index.html
You must log in or register to reply here.
Share:
Email Share Link