Teignmouth is an attractive holiday settlement at the mouth of the River Teign. A lot of money has been spent revitalising the town centre and sea front. It is now a worthy rival to larger seaside settlements further south along Tor bay. The river estuary provided a sheltered harbour and by the early C14th Teignmouth had grown into a significant port, second only to Dartmouth. It had its own market charter.

Teignmouth grew rapidly in the C17th from wealth generated by the very productive Newfoundland cod industry. Wealthy captains houses were built. The men were away for most of the year while the women fished locally and also provided a ferry service across the river.

It began to develop as a seaside resort in the C19th, with visitors being attracted by the long expanse of sandy beach and mild climate. A bridge was built across the river linking Shaldon and Teignmouth. This was originally a wooden toll bridge but was replaced in 1931. Its two churches were rebuilt. The railway arrived in 1846 bringing more visitors. The promenade with its gardens and pier was built.

Small rowing boats are still pulled up on River Beach and there is still some fishing from here. The port also handles timber, grain and clay. The maze of small fishermen’s cottages and boat building yards are long gone. 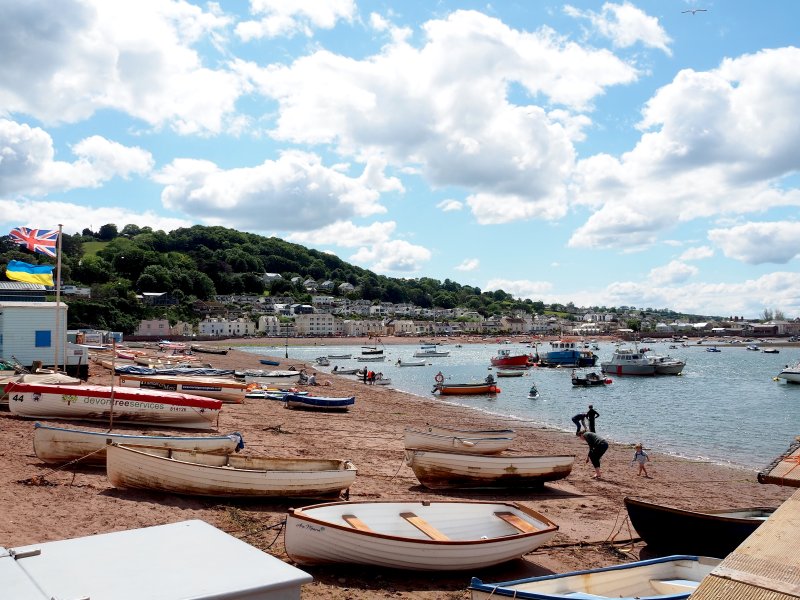 A small passenger ferry still runs across the river between Teignmouth and Sheldon. 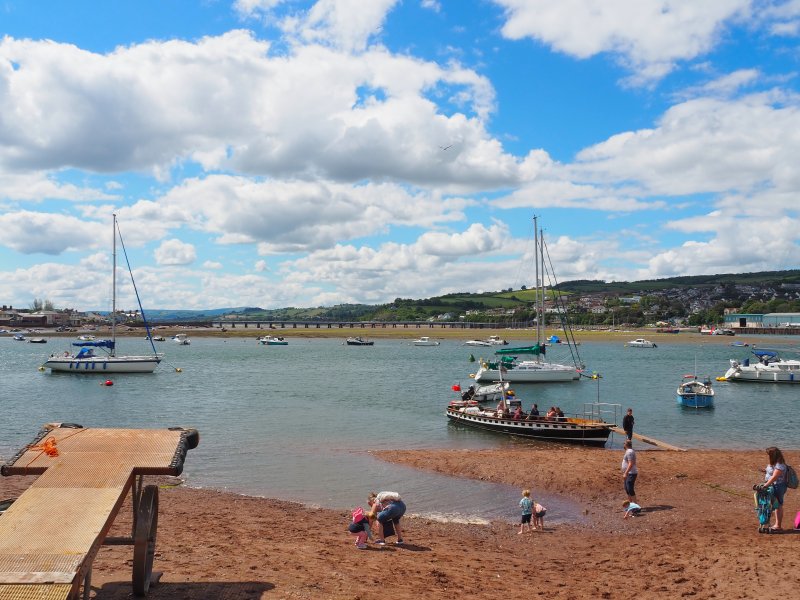 There is a town trail with information boards beginning at the Heritage Centre.

Teigmouth is an attractive town to walk around with its pedestrianised centre and triangles area. 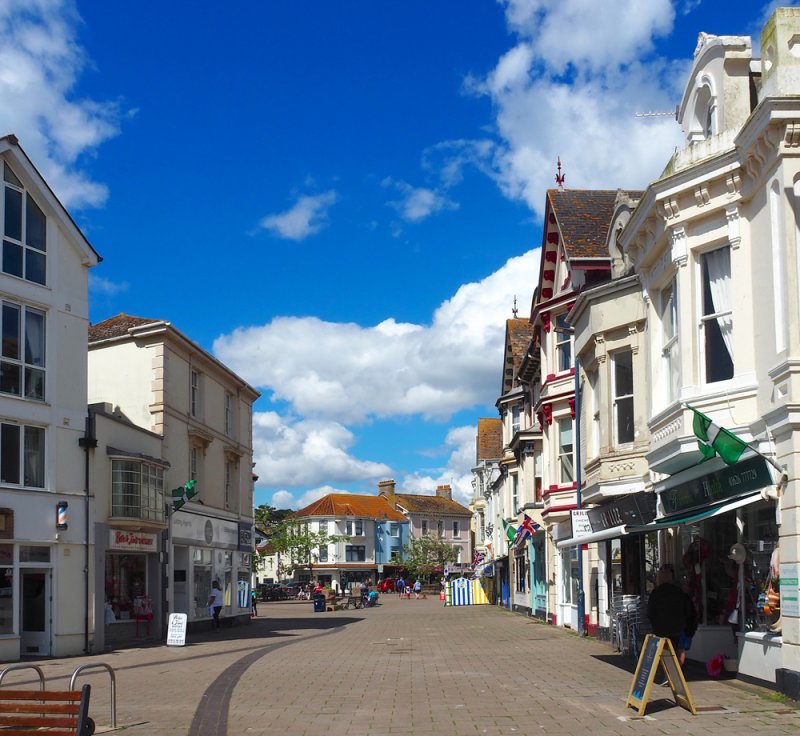 The town centre has a range of small shops including a traditional hardware shop, which sells everything you could possibly want, and a lot more. Away from the front are attractive terraces of houses. St Michael’s Church with its tall square tower is Victorian Gothic and can be seen from the promenade. Just up the road is the United Reform Church of 1883 with the Roman Catholic Church above it. The Church of St James was rebuilt in the early C19th but still has its original C13th red sandstone tower. This was originally used as a lookout and is the oldest building in Teignmouth. It has a most unusual squat octagonal tower above the rebuilt nave.

Teigmouth has a long sandy beach which is popular with families and is protected to the north by Hole Head. If you are expecting ‘golden’ sands you may be disappointed as this is Old Red Sandstone Country and the soils and beach are a deep red brown colour. The pier was built in 1865 using cast-iron screw piles, which are screwed into the sand with a large hexagon on the pile. It is one of only two piers left on the SW coast. Initially it was used as a landing stage for pleasure steamers. Refreshments and amusements came later with a Pavillion built in 1890. The pier was badly damaged during storms in 2014 and is still being restored

A small stone lighthouse (which must be one of the shortest in Britain) was built at the entrance to the river in 1845. There has been a lifeboat station here since 1851 covering an area from Dawlish to Brixham, and up the river as far as Newton Abbot. It has an average of 50 shouts per year with 30 volunteer crew members. The Atlantic 85 was refurbished a few years ago and is still the fastest boat in the RNLI fleet. 310867

There is a small shop attached and volunteers are delighted to see visitors and talk to them.

Teignmouth is a very attractive sea side resort and a lot less busy than bigger neighbours. It has succeeded in retaining an old fashioned family atmosphere and avoided the arcades and kiss me quick hats. It is a place to sit, relax and enjoy the sunshine while people watching.
http://wasleys.org.uk/eleanor/index.html
You must log in or register to reply here.
Share:
Email Share Link