The iconic 1970’s film “The Railway Children” really put the Keighley and worth Valley Railway on the map when it featured the then little known station of Oakworth and many scenes set along the railway.

The Railway have capitalised on this with a circular walk taking the walker passed many places featured in the film. The shops sells a leaflet with details of the walk. 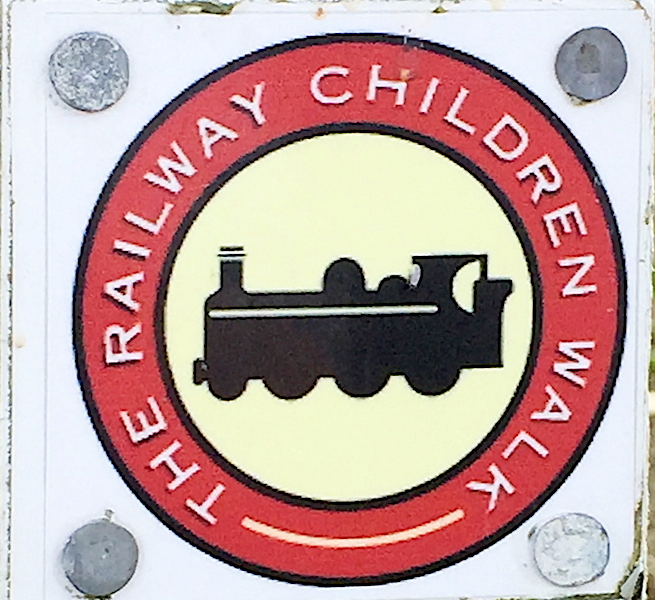 The walk is 6 miles although being a figure of eight can be walked as two separate loops.

The eastern loop covers Haworth to Oakworth Station and follows footpaths and along the road. Oakworth Station is unchanged with its level crossing and goods yard where Peter stole the coal. Over the crossing is Perks’s House.

The walk also visits the tunnel where Jim had his accident, the site of the landslide and where Bobby flagged down the train with her red petticoat. The western loop is longer covering Haworth to the carriage sheds at Oxenhope (with a detour to Oxenhope station) It passes Haworth Parsonage, (Dr Foster’s house) as well as Three Chimneys (Bents House) and Perks’s stile. There are fewer film locations but it is a much more interesting walk as it follows the Bridgehouse Beck to Oxenhope sheds where it crosses the railway line and then climbs up to the open hillside with views across the valley.

This is the part of the route I walked, but doing it anticlockwise rather than the more usual clockwise route. It follows walled trods (a dialect word for tracks between settlements that predated roads), footpaths and a short stretch of road.

From the Station, I climbed up through Central Park. With its band stand and flower beds it is an attractive place for a picnic. It was then up Main Street, which was a lot steeper than I remembered... Near the top is St Michael’s And All Saints' Church, the start of the walk. 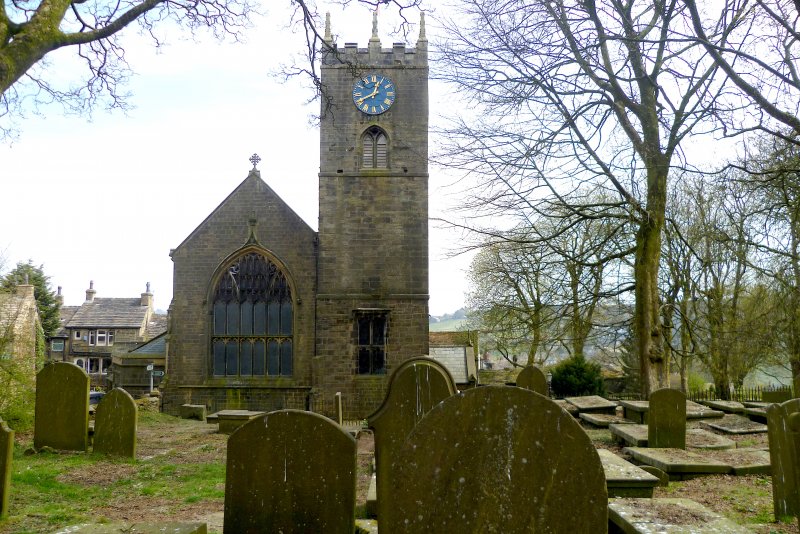 This is overlooked by the Parsonage, which featured as Doctor Foster’s house. The walk is signposted from beyond the church and follows a walled trod as it climbs up the hillside and past a lovely old stone farmhouse which is now a private house. 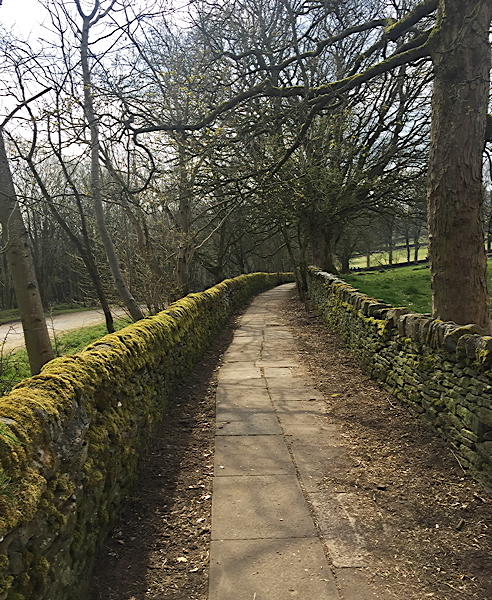 It is a lovely walk along the open hillside with views across the valley and peewits calling. Ahead is the small settlement of Hole. There is a short distance along the road before dropping down a footpath past Bent’s Hall, Three Chimneys in the film, and Perks’s stile. The walk drops down to cross the railway line near Oxenhope sheds. There is a convenient seat here to watch activity along the line.

The walk crosses the railway and picks up footpaths along Bridgehouse Beck past the sewage works and Ives Bottom Farm.
The railway line can be seen above the beck It is a lovely walk along the beck. Approaching Haworth, the valley widens and the rough pasture provides grazing for horses. In late summer the hills are purple with heather. The path drops down a set of steep steps onto Brow road, a short distance back to Haworth Railway Station. This looks like a wonderful walk - and I think it would be even nicer if one was familiar with the movie/places. Thanks for posting this.
Read about our life in Italy
You must log in or register to reply here.
Share:
Email Share Link