Built on the line of Hadrian’s Wall, there isn’t a lot left of Thirlwall castle, just a few walls above the Tipalt Burn. This was the 'Debatable Lands' and the area suffered hundreds of year of in fighting between the English and the Scots. 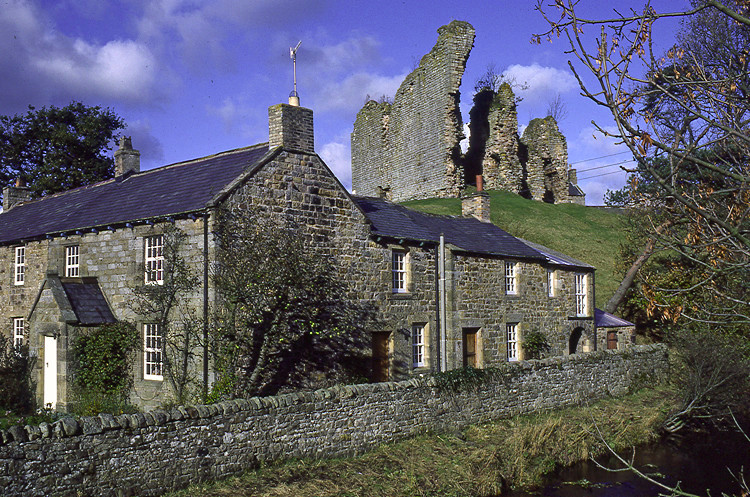 A simple motte and bailey castle was built here in the C12th. This was replaced by a fortified stone L shaped hall house in the C14th using stones plundered from nearby Hadrian’s Wall. There were regular skirmishes between the powerful border families and the raiding (reiving) of cattle by both sides was common, particularly in the winter months.

After the Union of the Crowns in 1603, when James Vi of Scotland became James I of England after the death of Elizabeth I, law and order was gradually restored along the border and the family moved to more comfortable accommodation. The castle was used briefly during the Civil War as a supply base by Scottish troops helping the Parliamentary army. Afterwards it served no further purpose and was left derelict.

Stone was robbed out for use as building material. Part of the east wall collapsed into the burn in the C19th. The ‘romantic’ ruins attracted painters as well as historians because of its links to the Roman Wall.

The castle remains are now cared for by Northumberland National Park and are freely accessible.